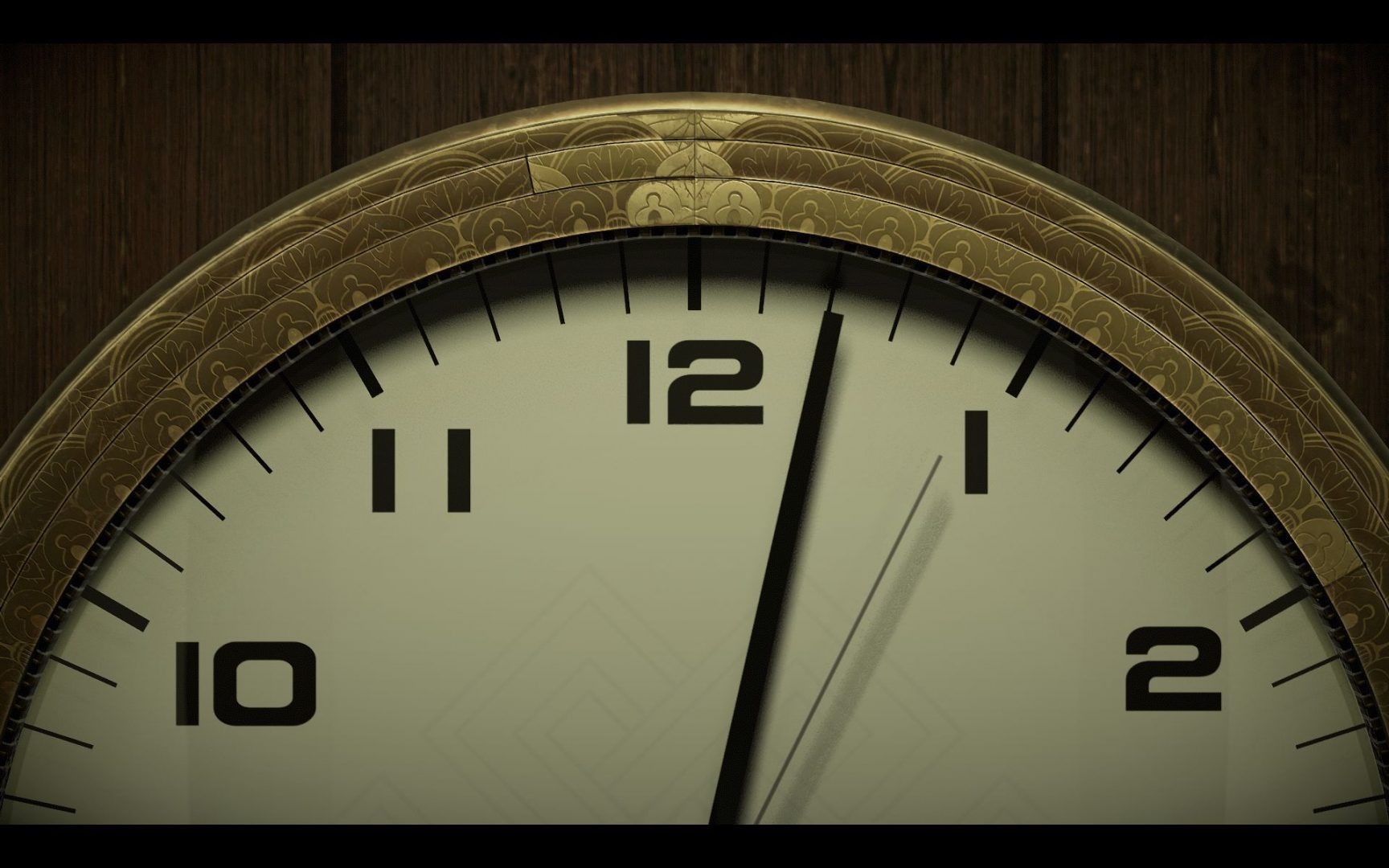 Hard boiling an egg. Cooking six packets of two-minute noodles one after the other. Listening to Chumbawamba’s Tubthumping (single version) on repeat exactly 3.38 times. These are just some of the amazing feats you can achieve in twelve minutes, but how about solving a murder? This is the intriguing premise of Luis Antonio’s point-and-click game Twelve Minutes (backed by indie publisher darling Annapurna Interactive). But does Twelve Minutes end up being time well spent?

Twelve Minutes opens innocently enough – a nice candle-lit dessert with the wife, some exciting news, a slow dance in the loungeroom. But all this is unceremoniously shattered when a cop bursts in accusing your wife of murder, and then strangles you to death when she’s not forthcoming with a confession. But death is not the end in Twelve Minutes, and no sooner have you been strangled do you wake up right where the scene began. Your wife again informs you she’s made dessert, but you know that before she opens her mouth. In Twelve Minutes you are doomed to relive the same portion of time over and over, with the only solace being that you retain all the information you’ve gathered in that period. It’s up to you to use these time looping powers to figure out the truth of the matter, and ultimately try and escape this metaphorical Moebius strip.

Twelve Minutes is a classic point-and-click game, whereby you interact with and combine items you find in the environment. The vast bulk of the game takes place in your tiny one-bed-one-bath apartment, from a deliberately claustrophobic top-down perspective. You’ll get to know every inch of that apartment quite well as you scramble to piece together clues and solve some fairly fiendish and clever puzzles in the small amount of allotted time. Point-and-click games are of course no stranger to puzzling gameplay, but Twelve Minutes cleverly sidesteps some of the tropes of the genre by mixing in elements of time and perspective. It’s not a case of simply combining one random item with another to blunt force the progression, you have to be perceptive and learn to manipulate the environment and the people in it such that your current run will net you crucial information for the next. For the majority of the time the game does an excellent job of subtly telegraphing puzzle solutions if you’re perceptive enough, and encourages a non-linear approach to unravelling its mysteries.

The time manipulation device and its thoughtful implementation is undeniably slick, but it’s a bit of a double-edged sword. The game is, by its very nature, quite repetitive. Once you’ve learned a few modes of manipulating the events to form a thread of consequence, you’ll find yourself exploring tangents within those threads, which sometimes may increase your knowledge or sometimes simply lead to your demise and an unhelpful reset. This leads to repeating the same sequence of actions multiple times over to explore every aspect of a thread to make sure you haven’t missed anything, and you’ll also have to frequently return to those threads when you’ve gathered information in a different thread to progress the story. It absolutely makes sense in the context, but I’d be lying if I said it didn’t become tedious to have to repeat the same actions over and over again, especially if you’re temporarily stuck for ideas.

Feeding into this tedium is the frank reality that the space in which you’ll spend the bulk of your time is aggressively uninteresting. As far as apartments go, this one is unlikely to pass muster on The Block, having very little character or sense of being lived in. It’s not like it’s bleak in an artsy way either, it’s just…a bit boring. The characters also struggle to engage the player emotionally, with Hollywood big wigs Daisy Ridley, James McAvoy and Willem Dafoe not really able to inject the script or story with the impetus it kind of needs (although Dafoe is certainly the pick of the bunch). Repeated exposure to the various threads of consequence had the effect of numbing me to the characters’ plights, not to mention their unnatural and jerky animations, and the wild tonal inconsistencies that pepper the experience also spoil the delivery of an emotional punch. However, a sorely needed spicy twist does somewhat redeem the narrative, and the true ending is the sort of thing that will take a while to fully process and casts an interesting light on the characters and their potential motivation, and will no doubt have people ruminating over its complex implications. It’s just a pity I had to wait to the very end for the game to show its narrative depth, but perhaps this was what the artist intended.

Date night with a twist

Twelve Minutes’ core gameplay loop (in the truest sense of the word) is extremely clever, with its time manipulation mechanics expertly woven into the classic point-and-click genre, even if the territory naturally comes with some repetition. Its main shortcomings are in its inability to be emotionally arresting over its runtime, being let down by an excessively mundane apartment setting and some awkward character interactions and animations. The ending does a lot to bring the narrative into a different sort of focus, and Antonio’s storytelling gifts are felt most keenly there, but don’t be surprised when you have to fight through a fair whack of tedium to enjoy the story’s true fruits. 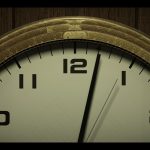 Twelve Minutes Review
Time Crisis
Some devilishly clever puzzles shine in a unique take on the point-and click genre, but the game waits to the end to make its story truly interesting, which might be a little late if you're looking for an emotional investment to get you through some of the more tedious moments.
The Good
A fresh take on the point-and-click genre that isn't tied down by its tropes
Time and perspective-based puzzles are unique and satisfying
The true ending cleverly gives a new prism through which to view the game's events
The Bad
Repetitive by nature, some tedium is more or less guaranteed
The apartment setting is lacklustre, character animations are occasionally janky and unnatural
Characters and dialogue can't deliver a much needed emotional punch
7
Good

Twelve Minutes Review
Time Crisis
Some devilishly clever puzzles shine in a unique take on the point-and click genre, but the game waits to the end to make its story truly interesting, which might be a little late if you're looking for an emotional investment to get you through some of the more tedious moments.
The Good
A fresh take on the point-and-click genre that isn't tied down by its tropes
Time and perspective-based puzzles are unique and satisfying
The true ending cleverly gives a new prism through which to view the game's events
The Bad
Repetitive by nature, some tedium is more or less guaranteed
The apartment setting is lacklustre, character animations are occasionally janky and unnatural
Characters and dialogue can't deliver a much needed emotional punch
7
Good
In this article:annapurna interactive, Daisy Ridley, James McAvoy, Luis Antonio, point and click, stanley kubrick, twelve minutes, Willem Dafoe