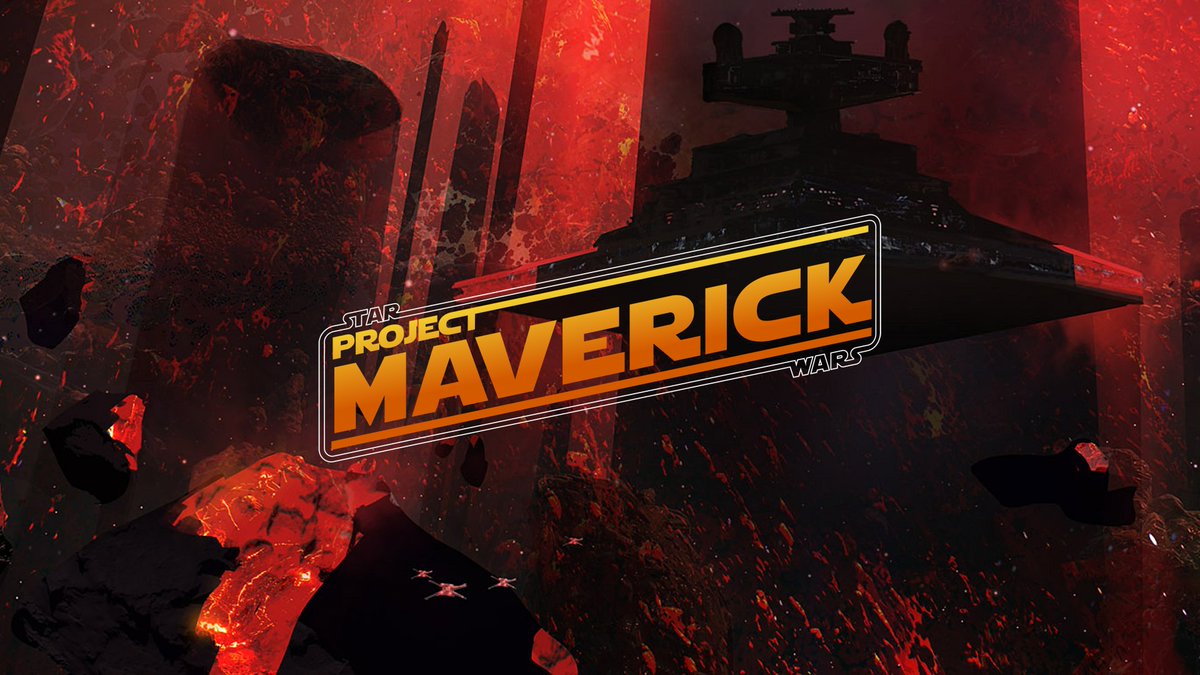 The Star Wars franchise has seen quite a bit of love in the form of content over the last few years – Rise of Skywalker, The Mandolorian, the excellent Jedi Fallen Order (which we gave a 9) and the final season of Clone Wars just to name a few. But I, like many Star Wars fans, can never have enough, so more is always better.

In that vein, it looks like more is exactly what we could be getting. Thanks to the Twitter account PSN Releases (a bot-driven account that automatically posts when games are added to the store, as well as when updates go live) we may have the first look at the next Star Wars game release.

Titled Star Wars: Project Maverick, we have close to no information on it other than the image that accompanied the Tweet below, so we can only speculate as to what this game could be.

If you give me a moment to speculate, I would point out that there is a large focus on spaceships in the image, with a Star Destroyer being approached by a squadron of X-Wings – this combined with the name itself, Maverick, leads me to think that ship/space combat will be the game’s focus.

Again, we are looking at pure speculation, but perhaps we could even be in for a Rogue Squadron remake or remaster. We can hope. The overwhelming amount of red used, as well as the apparent lava flow, lends itself to the planet Mustafar as well – not that this really hints at a great deal, but Mustafar is an interesting location that we haven’t seen a great deal of in any medium, so it would be great to see more of it in a video game.

Lastly, this does seem to correlate to the ‘smaller, more unusual project’ that Kotaku reported was in the works earlier this year, so we will be waiting on official confirmation eagerly.

What do you make of this leak? What would you like Maverick to be? Let us know.