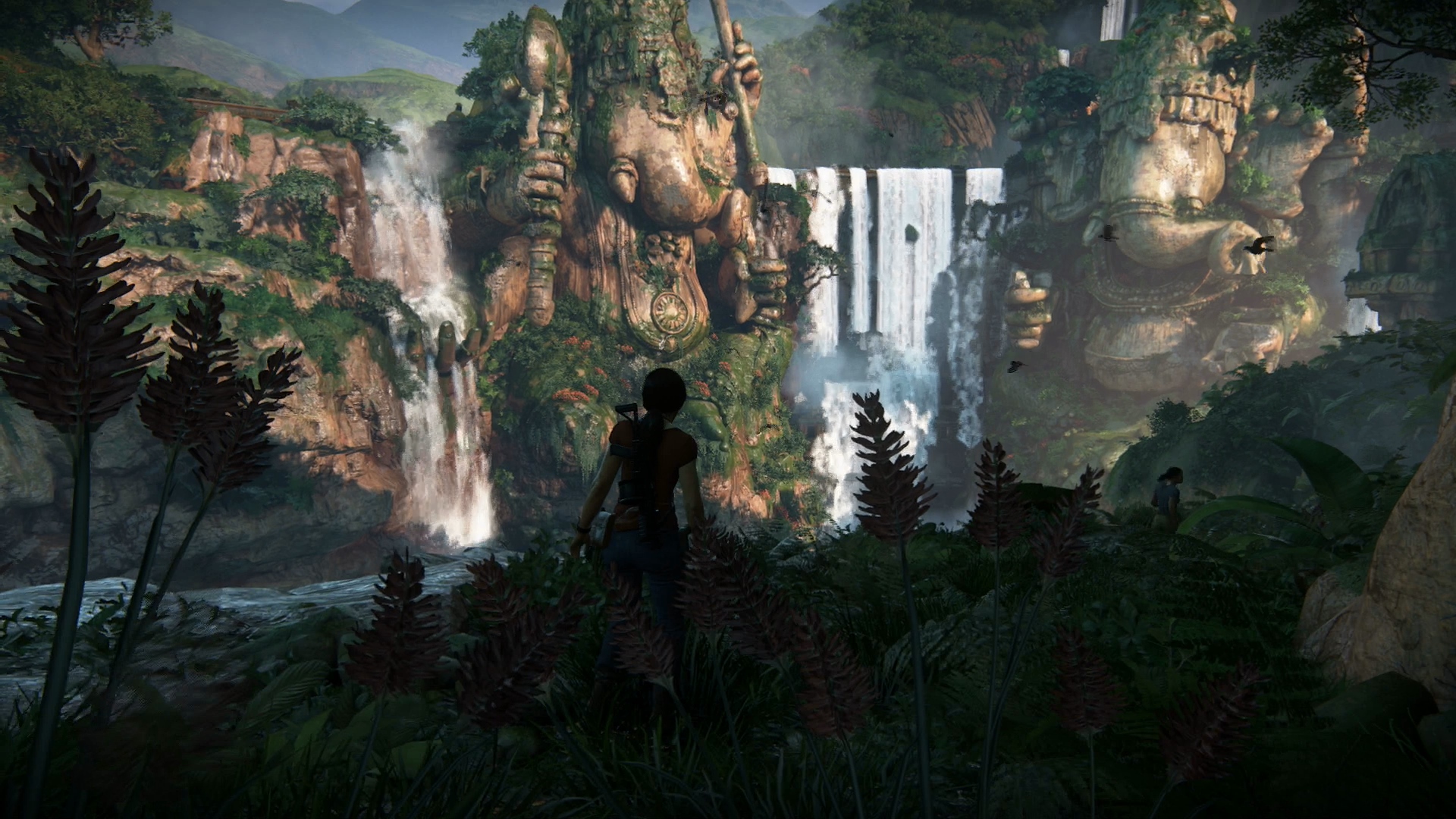 Before we get (un)started, I should probably confess I haven’t always been the Uncharted franchise’s biggest fan. Until Uncharted 4 came along I was almost ready to write the series off as overhyped garbage, but the latest numbered instalment really impressed me, successfully highlighting the strengths of the series that the previous games had hid under a bushel, as well as showing a great deal of maturity in the way the story was told and the characterisations handled. Enter The Lost Legacy, a spinoff of sorts that sees the sassy, smart-mouthed male protagonist Drake replaced with a sassy, smart-mouthed female protagonist Chloe. So how does Chloe fare in shouldering the burden of a blockbuster franchise with legions of fans?

The Lost Legacy takes placed shortly after the events of Uncharted 4, with our main lady Chloe taking to the Western Ghats of India in search of the fabled Tusk of Ganesh. By her side is Nadine, who besides from needing the money that the treasure hunt promises to deliver, is also in need of a new direction. Fans of the series will of course recognise the unlikely duo, with Chloe being one of Drake’s old flames and Nadine being the ex-head honcho of mercenary outfit Shoreline. In Uncharted 4, Nadine ends up becoming disenfranchised with the mercenary life after being crossed one too many times, and falls from grace with the outfit (her men being murdered in their thousands by Drake and his brother Sam probably didn’t help either). Of course, Chloe and Nadine aren’t the only people in search of the tusk, with local psychopath in glasses Asav also looking to cash in on the relic to fuel an insane rebel insurgency in the region.

Naughty Dog once again do a good job with the characterisations, and the developing shemance (womance?) between Chloe and Nadine successfully anchors the adventure and gives it some depth. When they’re not shooting guys in the face and exploring ancient ruins, they’re talking about their pasts, and in particular the complicated relationship they have to their respective father’s legacies. It’s all fairly well handled and feels natural and human, however the same can’t be said of the megalomaniacal Asav. His motivations for desiring the Tusk of Ganesh don’t ultimately make a lot of sense, and his past romantic dalliances with Nadine seem shoehorned in to try and connect him to the greater tale. He does successfully convey a certain amount of malice in the scenes he’s in, with an unassuming demeanour that only barely hides his true nature of a violent idealist with murderous insurgency on his mind.

Gameplay-wise it’s Uncharted just as you’ve known it for the past decade; for those looking for some innovation or twist on the Uncharted formula, these are not the droids you are looking for. You’ll spend your time climbing, exploring, driving, climbing, solving puzzles, shooting bad hombres and climbing. Sometimes you will also do some climbing. It’s a formula that’s worked well for the series in the past, but some might be disappointed with just how little this title tries to push the envelope. This isn’t to say it’s bad, I quite enjoyed the quiet exploration of the intricate ruins and some of the simple but clever puzzles, but it does feel like it’s all been done before (right down to the series’ love affair with trains hurtling towards destruction). The lush greenery of the opening section in particular – while most certainly beautiful – looks almost copy and pasted from the Uncharted Lush Greenery Handbook that we’ve definitely seen in the past. The game does certainly gather a sense of visual identity once you start exploring the lost cities beyond the Western Ghats, but even surrounded by the staggering beauty of ancient Hindu structures and larger-than-life deities, you’ll be doing the same things there that you’ve done many times before.

It bears mentioning here that the visuals and general production values maintain the series’ impeccable standards. Clipping along at a smooth 30fps on a vanilla PS4, the environments you find yourself in are jaw-dropping in their intricate design, expertly

drawing from the rich mythology of ancient Hinduism. Checking my stats after completing the game, of the eight hours I spent finishing the single player apparently one hour of that was spent standing still (presumably breathing deep and taking it all in). Motion capturing and voice acting are also universally superb, and those fearing that a smaller standalone Uncharted title might not receive the same amount of love as a main entry can rest easy.

You’ll spend your time climbing, exploring, driving, climbing, solving puzzles, shooting bad hombres and climbing. Sometimes you will also do some climbing. It’s a formula that’s worked well for the series in the past, but some might be disappointed with just how little this title tries to push the envelope

All that Crossfit finally paying off

One aspect of the gameplay that could possibly have done with some tinkering is the gunplay, which continues to be aggressively mediocre compared to just about any other third-person cover-based shooter. Enemies are generic and feature poor AI, the cover mechanism is still a sticky and unresponsive, and it all just feels a bit… tired. I am grateful that the frequency of these gunfights isn’t as obnoxious as it has been in other titles in the franchise, but they still consistently manage to be low points in the gameplay and I was always glad when they were over.

Uncharted The Lost Legacy is a more than competent continuation of the franchise, and Chloe and Nadine confidently carry yet another tale of high adventure in a beautifully realised Indian setting. It’s a pity that no real effort was taken to innovate on the Uncharted formula, but fans of the franchise will likely just be happy to be back on a Naughty Dog adventure. 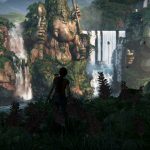 Uncharted The Lost Legacy Review
The Great Ghatsby
A solid adventure whose gameplay should maybe take the 'Un' out of Uncharted.
The Good
Beautiful setting drawing from ancient Hindu mythology
Chloe and Nadine make for entertaining protagonists
Voice acting and motion capture on point
The Bad
Lack of innovation
Average gunplay returns
8
Get Around It

Uncharted The Lost Legacy Review
The Great Ghatsby
A solid adventure whose gameplay should maybe take the 'Un' out of Uncharted.
The Good
Beautiful setting drawing from ancient Hindu mythology
Chloe and Nadine make for entertaining protagonists
Voice acting and motion capture on point
The Bad
Lack of innovation
Average gunplay returns
8
Get Around It
In this article:naughty dog, Sony, the chloe and nadine show