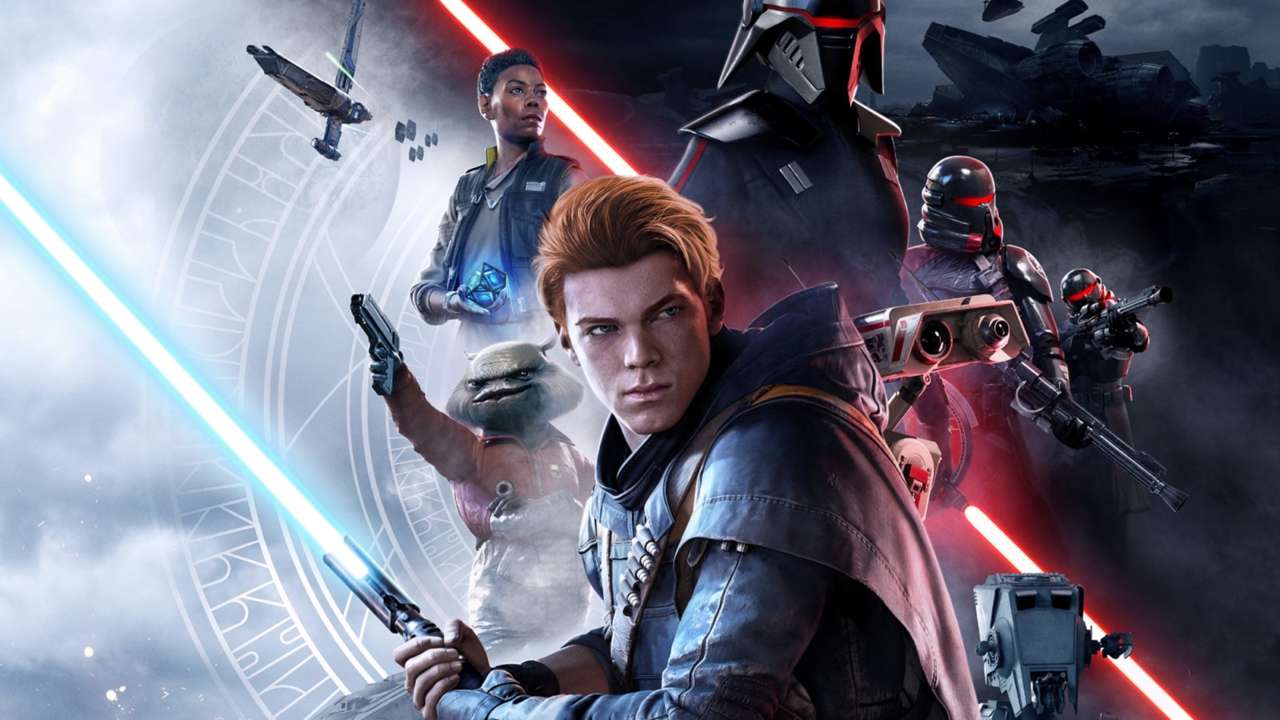 A long time ago in a galaxy far, far away…there was a franchise that decided to bombard its fanbase with a myriad of amazing looking entertainment products, weeks apart from one another. Seriously though, what a damn year to be a Star Wars fan. The Mandalorian looks all kinds of badass, with a fresh new bounty hunter stepping onto the small screen in November, followed by Rise of Skywalker releasing a mere month later in December, promising the return of the one and only Emperor Palpatine. Oh. My. Lord. Any other year that would be enough to send the Star Wars faithful into an absolute frenzy, but 2019 just will not quit. Rounding out the holy trinity of movie, series and videogame, Jedi: Fallen Order releases November 15 and oh boy does it look amazing. I‘m counting down the days until I can start swinging lightsabers, force-pushing Storm Troopers and having bad feelings about things.

Set after the events of Episode III, Fallen Order picks up following the completion of Order 66, just after the Jedi have been purged from the galaxy – well, most of them anyway. The wonderful thing about when Fallen Order is set is that it opens the door for so many beloved characters to make appearances. We have already seen Saw Gerrera in numerous trailers, so we know that his old hide will be around, but who else might show their face in this story amongst the stars? Well I have been pondering just that and have put together a list of who I would personally like to see, so let’s use the force to take a look.

Fallen Order will have players fill the robes of Cal Kestis, a former Jedi Padawan that managed to escape the purge of Order 66. In hiding from the Galactic Empire, Cal faces persecution and death if he publicly shows his Force abilities, let alone if he were to make a play against the Empire. What Cal could desperately do with is an ally that knows exactly what hardships he has been through.

Kanan, much like Kestis, was a Padawan during the fall of the Jedi Order, only escaping thanks to the sacrifice made by his master. Anyone who has watched Star Wars Rebels would know Kanan as the leader of the Ghost Crew, a ragtag bunch of misfits that do their best to stay alive while also sticking it to the Empire. Jarrus also found himself tutoring a Padawan of his own in the form of young Ezra, but all of that is years removed from the setting of Fallen Order. During when FO is set, Jarrus would still be on the run from the Empire, much like Cal, giving them common ground and a solid foundation for a partnership. Gameplay-wise, Jarrus could act as a sparring partner, allowing you to test your duelling skills with your lightsaber, or he could simply be a quest giver guiding you towards your goal. Regardless of his involvement, it would be a shame not to have these similar fellas interact.

Far from the ‘snips’ we saw in Clone Wars hey

A sympathetic companion is great, but a mentor that can inspire and teach is truly what a lone Jedi like Cal could benefit from. The Star Wars universe is ripe with people that could fill this role, but for our Fallen Order protag there is one individual who stands out – Vader’s one time Padawan Ahsoka Tano. Ahsoka was a standout character from the Clone Wars TV series, as we got to see her grow from an overconfident youngling to a steadfast young woman who refused to bend her morals. Another character to survive the Jedi purge, Tano would no doubt act as a mentor and possibly Cal’s new Jedi Master, though her standing with the Jedi Order didn’t exactly end on a positive note. Even if her strong connection to Vader was ignored, her mistrust in the old ways of the Jedi could be an interesting plot point that would give Cal a differing opinion to ponder. All other reasons aside, Ahsoka has twin, grey sabers that kick arse, so yeah, put them and her in the game please.

Don’t feel too bad if he doesn’t show his face here, he does have a Disney+ show on the way

So Rogue One: A Star Wars Story may not be the most beloved from the series’ pantheon of films, but it did introduce a slew of multidimensional characters that haven’t reappeared since due to…well…all of them being dead. One such character was the rebel ‘intelligence officer’ (spy), Cassian Andor. Whereas most characters in the Star Wars universe are either clear-cut good or evil, Cassian toed the line between the two by doing morally questionable deeds to further a noble and worthwhile cause. In Fallen Order’s turbulent climate a little dose of grey would be welcome in a galaxy of black and white. As I said earlier, Saw Gerrera is already confirmed to be in FO, so this one isn’t too far out of the realm of possibility. This complex dude doesn’t need to have a major influence on the story or even have a significant role in the game at all, but I think a cheeky cameo would be apt here.

I mean just have a look at the guy, his design alone should see him included in the game

Bounty hunters in Star Wars are cool as shit and that is an undisputable fact. Boba Fett, an iconic ace, Bossk, fleetingly seen but imposing and scary, Dengar…a non-threatening guy with bandages for headgear. Fine, so the rule isn’t perfect, but it is solid ninety-nine times out of a hundred. One such gun for hire that more than fits the bill is Cad Bane. Another standout from the Clone Wars animated series, this Duros danger can take on multiple Jedi without breaking a sweat. A blue-skinned, smooth talking, brimmed hat-wearing, dual pistol-toting villain with zero inhibitions when it comes to taking a life for a pay check, Bane would make for an amazing side-boss that would likely steal the show. Imagine it, Cal hears whispers of a notorious former bounty hunter that battled against the Jedi during the Clone Wars, hiding out in a nearby sector. Being devious to the core, Bane’s hideout would be littered with traps and obstacles that would make for excellent gameplay while simultaneously providing a worthwhile distraction from the main quest. Bundle that with a fast-paced boss encounter with entertaining quips thrown back and forth between Cal and Cad and you have a recipe for a good time. Not to mention the possible reunion if Ahsoka was also in game, I’m sure they would be more than willing to try and kill each other again.

Before I justify my inclusion of the Admiral, can we all take a moment to reflect and remember this outstanding member of the Rebellion. Taken from us too soon, rest in peace sweet prince. Realistically, this one is more based off of my own love for the squid-headed legend rather than it making any logical sense, but regardless, these are my picks and I want to see my boy Akbar again. Besides, he is a distinguished member of the Rebellion and it wouldn’t be crazy to think that Cal could simply run into him during his travels. Better yet, we could see Cal travel to Ackbar’s home planet of Mon Calamari for some reason, resulting in a gratuitous underwater level – because we all love those. Also yes, that is genuinely the name of his home planet, no shit. Quest giver, background character, even a name drop, I will take any reference to this googly-eyed guy. I love him so much and miss him every day, so please Respawn, let me see him one last time.

Fallen Order looks to be correcting the course for Star Wars games after years of multiplayer-only outings with a lack of narrative punch, so if it turns out to be half as good as it looks I will be one happy man. For that reason I truly don’t mind if one, two or none of the mentioned characters show their face in the final game. If Respawn want to stand apart, not rely on nostalgia and forge their own story with their own unique characters then I say more power to them. Except for Admiral Ackbar, without him I won’t touch the game at all.


Are you as excited for Fallen Order as I am? Who would you like to see show up in the game? Let us know.