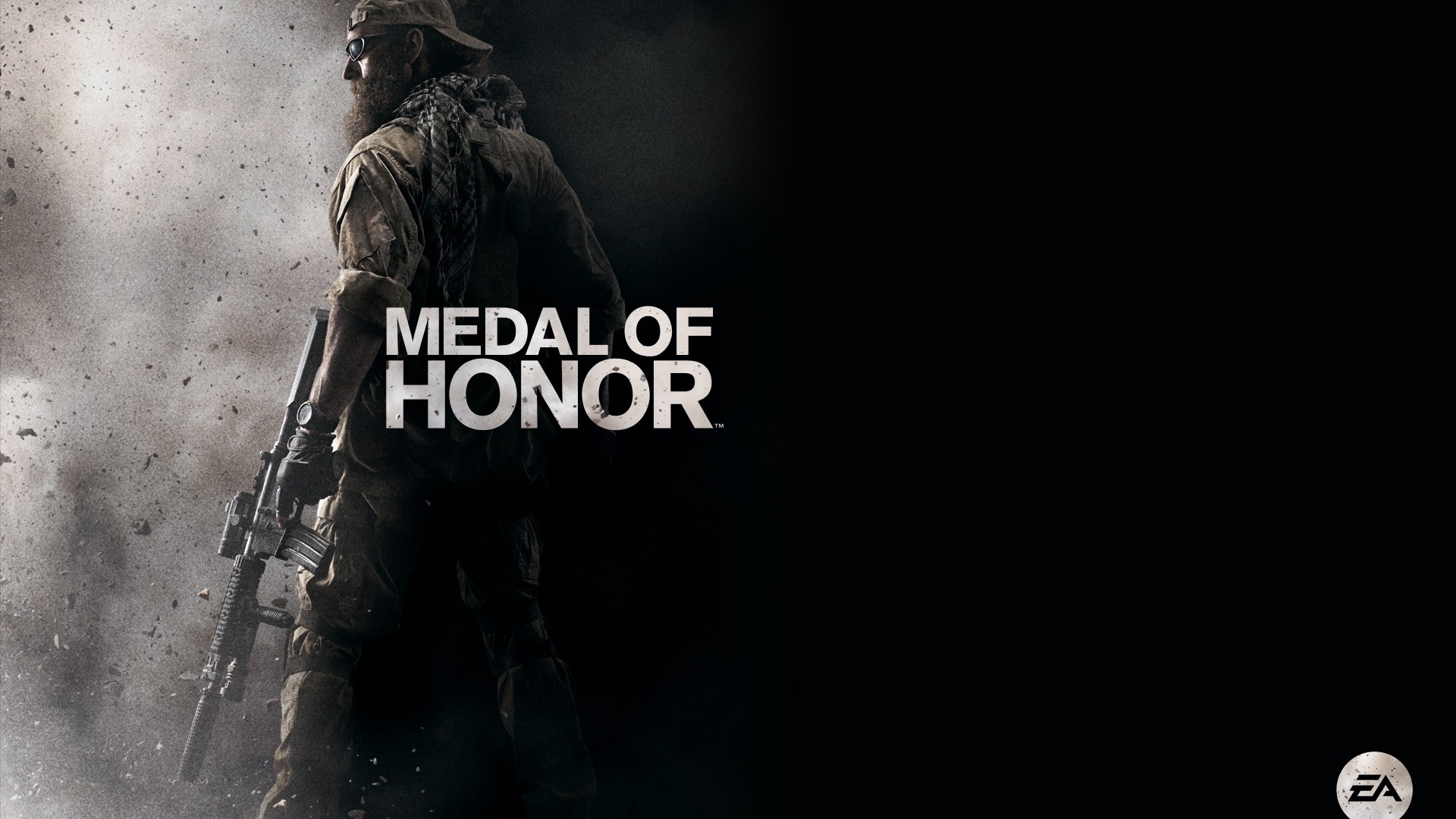 It’s hard to envisage that once upon a time Call of Duty wasn’t the premier war-themed first person shooter. No, that status belonged to EA’s Medal of Honor franchise, which first released in 1999 for the original Sony PlayStation. The reason Medal of Honor (MoH) held this honour was simple… there were no worthy challengers. Call of Duty (CoD) and Battlefield didn’t exist and the other major FPS players such as Doom, Quake and Duke Nukem focused on alternate reality warfare as opposed to the historical warfare depicted in the MoH games. The only other major war series to use a historical setting was Wolfenstein (some have been set in an alternate reality).

Eventually MoH’s throne would be challenged, and in a twist of fate the challenge was made by a team lead by the very people who created what is unanimously regarded as the best entry in the MoH series. While it has probably been forgotten by many, CoD’s birth was largely catalysed by a poor decision made by EA in regards to MoH’s development, which ended up costing them a great deal.

The backstory: In 2002 EA released Medal of Honor: Allied Assault, which was developed by third party studio 2015, Inc. Allied Assault would go on to become the series’ most revered title – it currently has a rating out 91% on Metacritic. After the release of the game, EA made the decision to move the development of Medal of Honor titles in-house, a decision I am sure it now regrets. Like a phoenix rising from the ashes, a collective of developers from 2015, Inc. would go on to form Infinity Ward, the studio that brought MoH to its knees with its own war-themed shooter, Call of Duty.

Allied Assault in all its glory

MoH’s relinquishing of the FPS crown wasn’t instantaneous, in fact far from it. However, the fact is that one franchise became a juggernaut and a global powerhouse in the gaming industry, while the other is now a shelved IP after several disappointing releases, commercially and critically.

It wasn’t as if MoH went down without a fight; EA did try to get MoH back to its glory days. In 2008 the company made the decision to reboot the series and take it into the modern warfare setting (the war in Afghanistan to be precise), which had seemingly become the more popular setting for war-focused games. The game excelled commercially, selling over five million copies and critically it was also well received – although it wasn’t without its flaws. Personally, I found the game good but not great – the story gave me too many characters to care about, I felt I couldn’t build an emotional connection to any of them because the game’s story was continually shifting focus.

The success of the reboot paved the way for a sequel, Warfighter, which is set directly after the events of its predecessor. The game’s story was written with assistance from Tier-1 operatives (who were later disciplined for doing so) and once again followed multiple characters. Unfortunately for EA and MoH, Warfighter was a commercial and critical disappointment, selling just over three million copies and averaging a score of 55% on Metacritic. Due to the game’s poor reception, EAs COO at the time, Peter Moore, decided to take the series out of rotation. I played the game and yes it was far from EAs best work, but I don’t think it made the series redundant.

Warfighter: The death knell of the series

It’s hard to pinpoint exactly what lead to the demise of the franchise. Poor sales and less than impressive critical receptions are two obvious key reasons, but what are the internal reasons? How did EA let one of its former primary IPs wilt away after being such a staple of the FPS genre? Maybe it was because Battlefield had become the favourite child, and the powers that be at EA were slowly paying less attention to MoH. Battlefield established itself as a FPS powerhouse soon after its initial release in 2002, and as FPS war games shifted to a multiplayer-focused flavour it had become EAs go-to series to go up against the mighty CoD.

That is where the current FPS market sits, a yearly battle for supremacy between two heavyweights. Much like the Lionel Messi versus Cristiano Ronaldo debate in regards to who is the best footballer on the planet there will be advocates in both corners. CoD is clearly the more dominant when it comes to sales (having a guaranteed release each year helps), but Battlefield holds its own as players still populate the servers of its older games. Battlefield 4 which released just prior to the launch of the current-gen consoles is still a favourite stomping ground for those wanting to test their mettle against the best sharp shooters out there. But the market is saturated with modern day and futuristic shooters, and like everything that is overused it becomes stale. Now, the masses will still line up to buy the latest CoD each year as the majority purchase the game for its multiplayer modes. The campaign is an afterthought to most CoD players, so much so that there have been rumours that Activision may ship future CoD titles without a campaign (the last-gen versions of Black Ops 3 didn’t include the game’s campaign).

Call of Duty – a powerhouse in the FPS marketplace

This is where Medal of Honor can win back the hearts (and wallets) of gamers that have turned their back on the series. The FPS genre needs a good story-driven game. Bioshock: Infinite is the last FPS game to have a widely praised story and in fact no current-gen FPS title comes to mind when it comes to storytelling excellence – maybe Wolfenstein: The New Order, but even then I’m clutching at straws. War can be used as a powerful emotional storytelling tool; there must be thousands of stories from war veterans that could be used as inspiration for a compelling story. Forget multiplayer, at least for the initial rebirth. Make the player feel something when they’re playing the game, make them believe they are pulling the strings – gamers can accept the stock-standard, even somewhat clunky gameplay if they are invested in the game’s story and characters. The Last of Us is the perfect example of this (pipedown fanboys), the gameplay didn’t have the best mechanics to grace a video game, but the story sure did reel you in. Anyone that didn’t have some sort of reaction to Joel and Ellie’s affliction is either lying or heartless, or both. There are very few war games that aren’t riddled with over-the-top set pieces and pro-American bravado. Spec Ops: The Line is one example of a war game where you realise the full extent of the horrors of war from an individual soldier’s perspective, and if you haven’t played this game I strongly recommend you do.

The biggest conundrum facing any such revival would be what era to set the game in. Both past and present settings of war are lugubrious enough that an emotional narrative could be told, providing they have a decent script writer attached to the project. Personally, I believe a new AAA World War II game is what the gaming public needs. Like I said earlier, there are a plethora of shooters set in modern or futuristic times, but it’s been a long time since any AAA WWII shooter graced our hardware and who wouldn’t want to see WWII environments being powered by EA’s Frostbite 3 engine? The most recent one I can think of is CI Games’ Enemy Front in 2014. It wasn’t quite AAA standard, nor was it particularly good, but it wasn’t for a lack of trying. The premise itself was what initially intrigued me as it was largely influenced by the Warsaw Uprising. Even though the Medal of Honor is traditionally an American Military award, there are several non-American occurrences in history that could be used as inspiration and then crafted into an engaging experience.

Take the series back to WWII

One event in history that I would like to see used in a game is from WWII, Czech Republic (Czechoslovakia as it was named back then) in particular. One of history’s most powerful Nazis, Reinhard Heydrich was involved in the Third Reich’s occupation of Czechoslovakia. He was responsible for the deportation and deaths of many innocent people. In 1942 a bungled but ultimately successful assassination attempt put an end to his tyranny. Two Czech resistance fighters were assigned to assassinate the high-ranking official, but at the opportune moment their gun jammed and all they could do was launch a grenade at Heydrich’s stationary vehicle and the subsequent explosion, while not killing him, caused him significant injuries leading to his death a week later. Heydrich’s death was swiftly followed by a nationwide manhunt for his killers. The Czech resistance fighters ended up hiding out in a crypt in a church in Prague. One of the resistance members panicked and betrayed his comrades and gave the Nazis their location. The SS and Gestapo swarmed the church and rather than surrender to the Nazis, the resistance fighters took their own lives in the church’s crypt. Many others involved in the hiding of the soldiers were murdered, including the church’s Bishop. If you’re into history and this story isn’t familiar to you, research it (I’ve linked a video at the end of this article). It is a story of true heroism, one that would be fitting for an engaging war story. I’ve been to the church and into the crypt where the soldiers took their lives, and it is an eerie feeling being down there.

If Medal of Honor is to return and succeed it has to break the norm of the FPS genre. It has to be a different experience that one can only get from playing MoH. CoD and Battlefield are the established IPs in this genus, especially when it comes to multiplayer. They are not going to be knocked off their perch by a series that has stigma attached to it and is trying to reinvent itself. The gaming industry needs more engaging experiences, a lot of games struggle to find the right mix between the two most important elements: gameplay mechanics and story. Destiny is a great example of some of the best FPS mechanics going around, but its story (if you can even call it that) was awful. It seems that if developers can excel in one of these areas then more often than not players will be happy they parted with their hard-earned cash. There is a place on gamers shelves for a reinvented Medal of Honor, EA just have to prove it’s going to be worth it and not make the same mistakes they did last time.