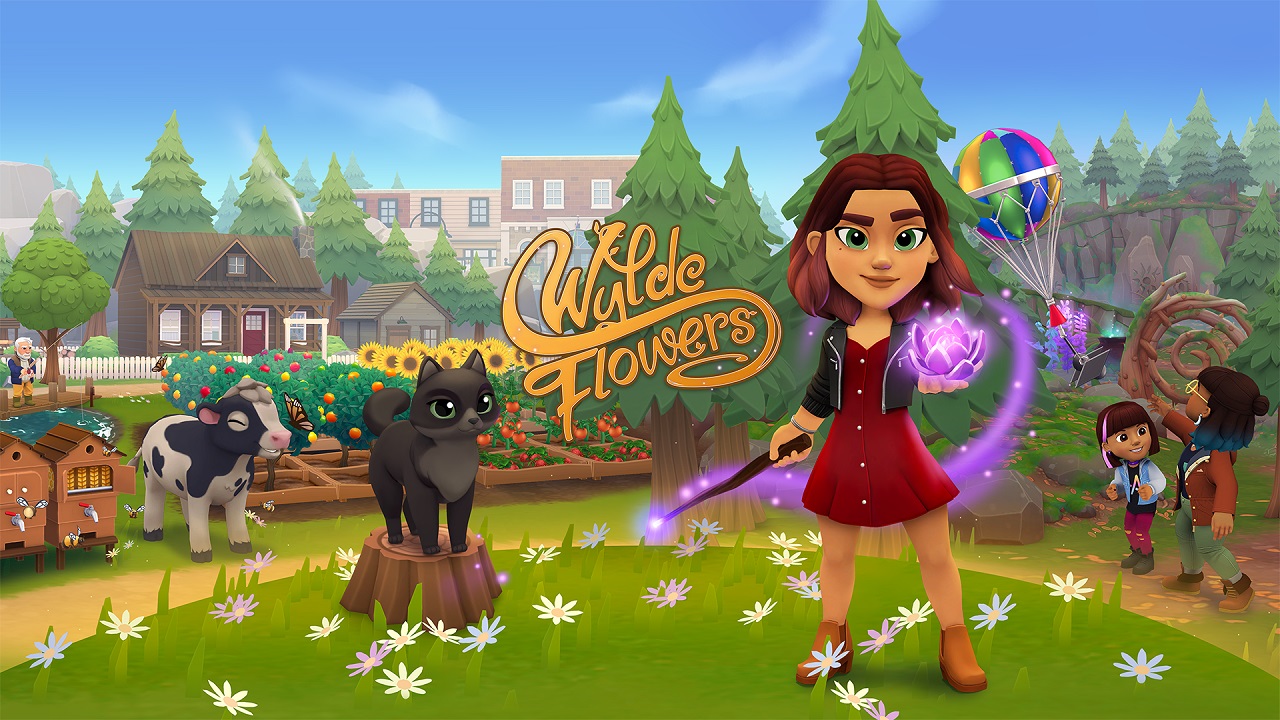 Melbourne-based outfit Studio Drydock has today announced that its game Wylde Flowers will be releasing on Steam and the Nintendo Switch on September 20.

Wylde Flowers originally released on Apple Arcade in February, with close to half a million players downloading the title. The game’s creative director Amanda Schofield said that “Coming to the Nintendo Switch and Steam platforms is the dream we set out for with Wylde Flowers, and is a natural home for our game.” In June this year, the women-led team at Studio Drydock received an Apple Design Award for Inclusivity in Wylde Flowers, which was a huge win for the studio.

Wylde Flowers will see players tending to farm duties such as harvesting crops and caring for animals during the day and embracing protagonist Tara’s inner witch by night.

Back in June WellPlayed’s Mark Isaacson went hands-on with the PC version of the game and enjoyed what he played, writing that “The colourful space that is Fairhaven felt like a warm hug on a cold winter’s night, a genuine place that I look forward to spending more time within, and thanks to its simple yet effective interactivity, it’s incredibly easy for just about anyone to pick up and play.”

You can add Wylde Flowers to your Steam Wishlist right here.

Are you keen to check out Wylde Flowers in September? Let us know in the comments or on social media.

In this article:australian made games 2022, made in australia, made in melbourne, Studio Drydock, Wylde Flowers