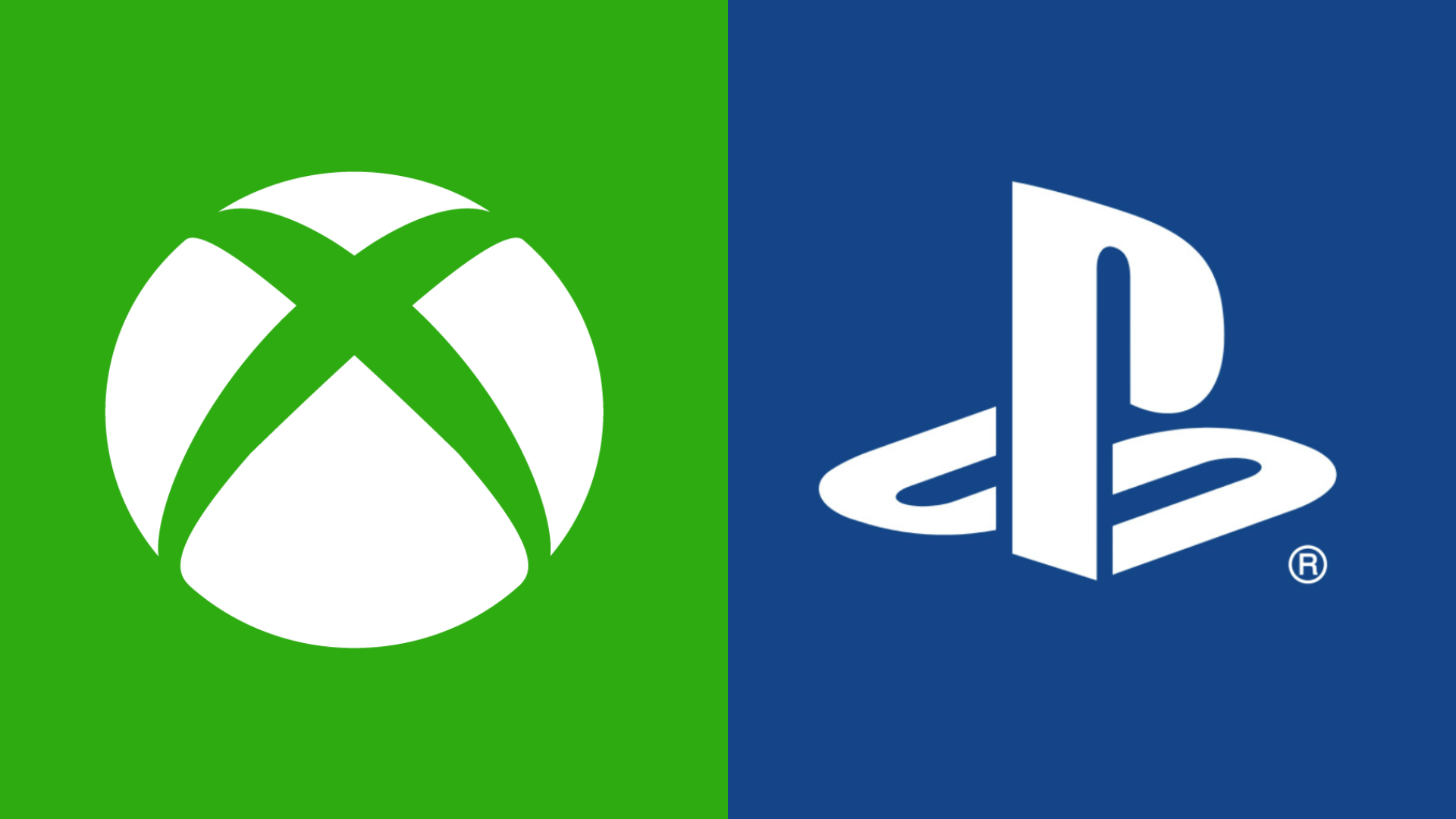 With the E3 pressers for 2018 mostly done and dusted, it’s that special time where it falls to me to pour some Mountain Dew on the console flame wars. Here at WellPlayed we have an impartiality clause written into our contracts, where we are duty-bound to consider all platforms as being created equal (with a platform being defined as anything Skyrim can be played on, so smart fridges and Etch-a-Sketches are in too). Despite this, even a self-respecting level-headed adult can’t help but indulge in a little console war shenanigans from time to time, and in the spirit of this we’ll sum up the offerings from the two ancient rivals and attempt to objectively determine who came out on top this E3. We begin with a brief summary of what the two heavyweights brought to E3, before delivering the coup de gras.

Microsoft has emerged as the surprise underdog of this generation, and since the disastrous launch of the Xbox One they have been attempting to play catch-up with Sony. Powerful hardware has been a boon to the Xbox cause, but a lack of exclusive titles has let them down at more or less every turn. This year’s E3 was a chance for Xbox to show they were serious about getting a first-party production line happening, which in many respects they achieved.

Several first-party MS exclusives were shown, including their flagship franchises – Halo, Gears of War and Forza. Each member of MS’s holy trinity is getting a new entry of some description, and they made a point of letting us know this E3 as we knew they must. Halo Infinite’s showing was brief but showcased a new custom engine, and Gears of War looks like it’s getting some strong story-based direction in the latest iteration as well as a very cool looking XCOM-inspired strategy game spinoff in the form of Gears Tactics, and a very uncool looking mobile spinoff in the form of Gears POP!. Forza Horizon 4 takes to the roads of Britain, with a focus on open-world co-op gameplay, which is becoming a staple of modern gaming (for better or for worse).

Other exclusives that we already knew about also popped their heads up. Ori and the Will o’ the Wisps continues to look beautiful, Black Desert Online continues to look like a two-year-old MMORPG and Crackdown 3 continues to spread quality concerns. More or less the only big title shown off that a blind man in New Jersey couldn’t see coming was skateboarding game Sessions, which is the closest thing to Skate 4 we’re likely to get (sorry, Twitch chat). As they are want to do, MS chose to showcase their smaller ID@Xbox titles, with isometric Zelda-esque adventure game Tunic looking to be the cream of the crop. The prophecy of Phil Spencer’s Battletoads T-shirt has been fulfilled, and a rebooted version of the ludicrously difficult game will smack us upside the head some time in 2019. Smaller announcements of additional content for the runaway success Steamboat Willy Dark Souls game Cuphead, and a new map for Battle Royale/PowerPoint frame rate simulator PUBG on Xbox One were also announced.

Possibly one of the most welcome bits of news was the acquisition of five studios that will get the first party started for Microsoft, with the most intriguing amongst these being the buying out of Ninja Theory. Something very cool is guaranteed to be spawned from this particular new partnership, and while we didn’t hear about any titles in the works, I’ll patiently wait to see what’s being cooked up behind the scenes.

While the exclusive showings were decent on the balance of things, and the studio acquisitions are a positive sign moving forward, they were heavily diluted with multiplatform showings that took a bit of the punch out. While in general everyone was glad to see the likes of Fallout 76, Metro: Exodus, Kingdom Hearts 3, Shadow of the Tomb Raider, Devil May Cry 5, The Division 2 and Dying Light 2, the point remains that these are titles that are just as playable on rival platforms. In a severe misstep, MS closed with a trailer for CD Projekt Red’s Cyberpunk 2077, which despite being awesome was a poor alternative to giving us a solid look at something exclusive.

All in all, Microsoft came in hot with a veritable barrage of games across one and a half hours. It’s a solid tactic when dealing with hungry gamers, and while there weren’t many crazy surprises in there, the variety and sheer number of titles thrown our way was gratifying. Phil Spencer stealthily announcing that a new Xbox was under development in their hardware department was also welcome, and proof that the console ecosystem is a healthy and sustainable one for now.

Sony opened with an utterly thrilling banjo performance whose agonising length was only matched by the poorness of the sound quality. It was lucky that the hooded banjoist (never thought I’d have to use those words together) was plucking away at The Last of Us theme, and the lengthy cinematic trailer and first gameplay reveals for the second instalment were almost enough to make me forget the awful opening moments.

Turns out that terrible opening musical number was actually a foreshadowing of things to come in Sony’s presser, as they went with hands-down the worst format for an E3 presser I have ever witnessed. After the TLOU Part 2 showing, they shuffled the entire crowd to a new venue, and forced us to sit through a painfully boring panel session with talking head jibber jabber in the process. The torture wasn’t to end there though, with an excruciatingly lengthy and low quality Japanese flute solo following thereafter that had me begging for the Ubisoft panda dancer to come back. Luckily it was swiftly followed by a gameplay reveal for the exclusive Ghost of Tsushima (which amongst other things featured a textbook MacGruber throat rip), another entry in the Onimusha Dark Souls genre that is gaining some serious steam of late.

Despite a few strange musical interludes that were this time mercifully brief, Sony started to tone down the over-confident artsy circle jerk invitation and started to get down to business with the games. Remedy’s new game Quantum Break 2  Control was revealed, followed at long last by a decent look at the Resident Evil 2 remake. I regret not filming WellPlayed Managing Director Zach Jackson’s reaction at this point, as he was practically climbing the walls and screeching with joy as he clutched his framed picture of heart throb bad boy with a heart of gold Leon Kennedy. Kingdom Hearts 3 was one of the few multiplatform titles to get some airtime, with a trailer that was different to the two other times it had been shown at E3 (at both Microsoft’s and Squeenix’s events), but featuring the same poor editing.

Back on the exclusive front we had the announcement of a sequel to the very well-received PlayStation exclusive Nioh, and a big old gameplay peep at the hotly anticipated Death Stranding. As is Kojima’s way, the more information he gives on a title the less you tend to know or understand about it. We now know that Norman Reedus is a delivery boy of sorts with a penchant for traversing lonely landscapes and powering supernatural detection devices with foetuses. Classic Kojima. The conference ended with a look at the latest Batman game, called Spider-Man. In all seriousness, while the gameplay is beyond derivative of Rocksteady’s games, if you’re going to imitate anyone’s style it may as well be theirs. The action looks as slick as a fully lubed-up Scotsman in an air conditioning vent, and is probably one of my most anticipated titles coming out of E3.

Sony went with quality over quantity this year, but was it enough to edge in front of Microsoft?

The day will come where I stand before you and finally announce that Microsoft managed to beat Sony at the E3 Game of Life, but today is not that day. Although Sony seemingly did everything in their power to spoil their own presser with awful, drawn-out musical numbers featuring poor sound quality and boring intermissions that seemed to stretch on for eons, it’s a testament to the brute strength of their incredible exclusive line-up that sees them emerge the victor this year. There were really few other ways for Microsoft to play its hand this year, but they are showing definite signs of strength and resilience as they plod their way through this generation. However, there’s only so much you can do against the onslaught of high-quality AAA exclusives that Sony has stacked its deck with. Sorry Microsoft, we live in hope that your day will come. See you in 2019.