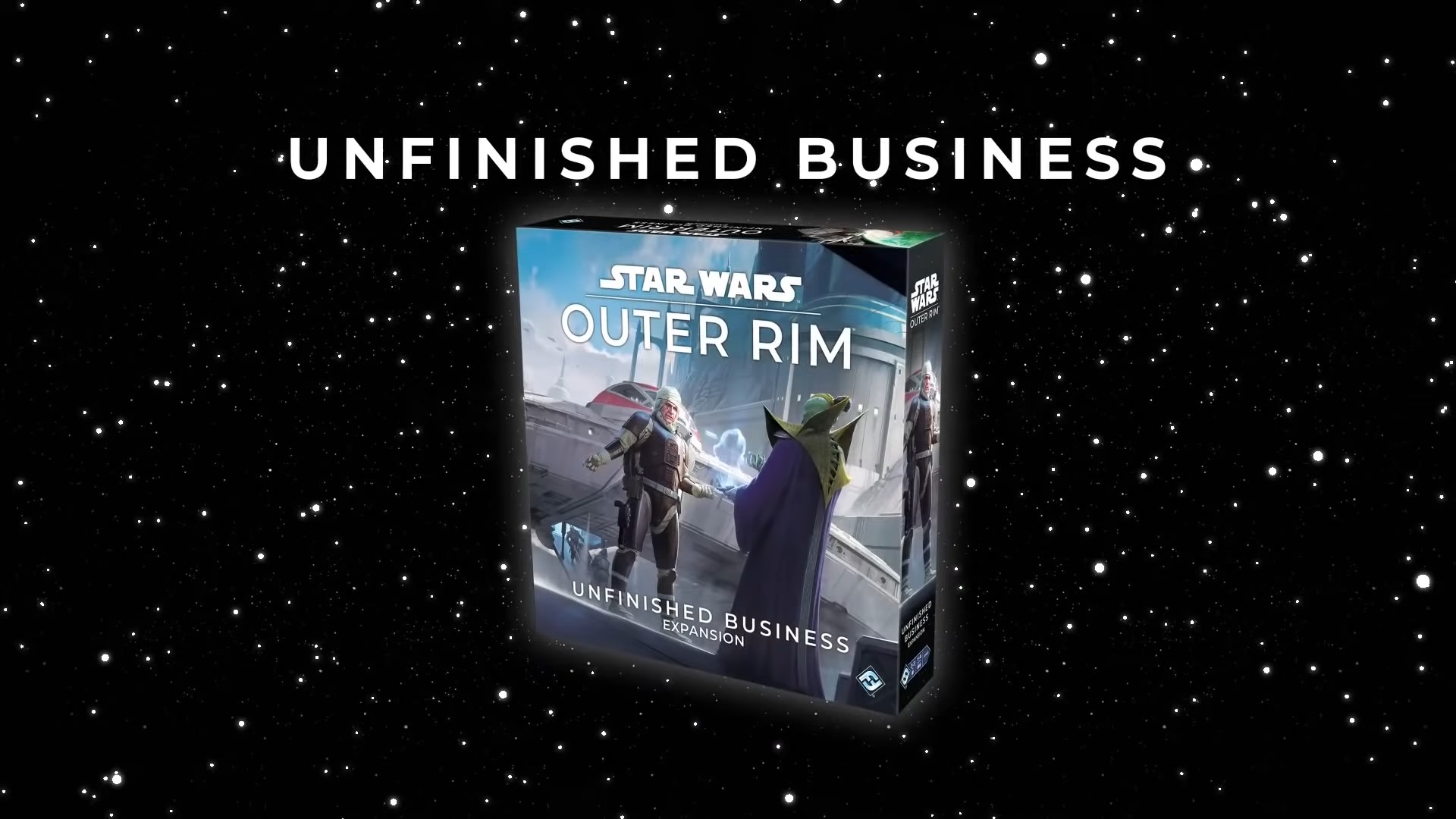 The announcement came at the end of publisher Fantasy Flight Game’s 2021 In-Flight Report, with the box art being revealed. We don’t have any further details on Unfinished Business, but it’s likely that the expansion will introduce new playable characters such as the bounty hunter Dengar that appears on the box art. This will be the first expansion for Outer Rim, which was originally released back in 2019, so fans will be very pleased with this news.

Outer Rim, for those who aren’t familiar, is a brilliant board game that has you and up to three other players take on the role of a smuggler or bounty hunter in the Star Wars universe. Taking on contracts, building a crew and travelling from planet to planet you’ll amass fame points in the pursuit of becoming the most famous/infamous outlaw in the Outer Rim. It’s one of my favourite tabletop games that I own, so you might even see a review for it pop up on the website sometime soon.

Fantasy Flight are one of the biggest tabletop publishers in the world, so if you’re keen on seeing what else was shown off during the 2021 In-Flight Report, you can give it a watch here:

Are you a tabletop gaming fan? Have you ever played Star Wars: Outer Rim? Let us know in the comments or on our social media.