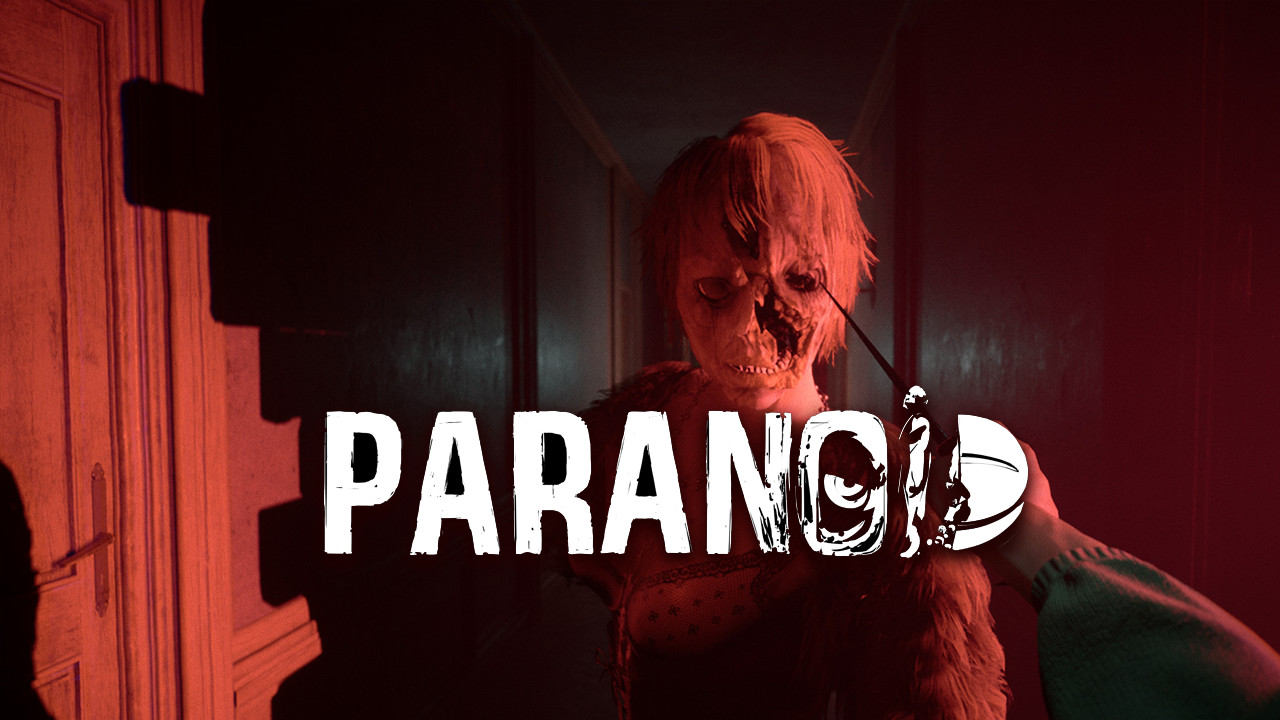 Back in May 2018, the Polish-based studio Madmind Studio released Agony, a survival horror title that managed to create a wild depiction of hell but little else to write home about. The game did carve out a cult following thanks to the release of an uncensored version in the form of Agony Unrated late in 2018. Surprisingly, the studio announced two projects late in 2018: Succubus and Paranoid. Succubus is a new horror game set in the Agony universe, so we have a rough idea of what to expect. Paranoid, on the other hand, is a shift in style for the company, with the game focusing more on a familiar horror experience in an intriguing 80s setting. Despite announcing both titles at the same time, Succubus has become the studio’s main priority, with the game’s prologue available to play now on Steam and updates on Paranoid drying up somewhat. However, we were keen to know about the 80s horror project and where it’s at, so we sat down with Madmind Studio’s CEO Tomek Dutkiewicz to get an update on the game.

WellPlayed: Madmind Studio copped a fairly decent whack publicly after all the turmoil surrounding the release of Agony. It was even reported that you may have to close your doors at one point. However, it looks like you’ve come out the other side for the better?

Tomek Dutkiewicz: The premiere of Agony did not look as we dreamed it would, but it taught us a lot. Fortunately, despite not very favourable reviews, it turned out that the game made quite a lot of money. Together with the Unrated version released a few months later, it allowed us to finance further projects.

WP: Tell us about Paranoid – what’s it all about?

TD: Paranoid is a horror game set in the 80s. The main character of the game Patrick has been suffering from deepening paranoid schizophrenia for many years, and players will be able to experience a turning point of his illness. The hero, consciously isolating himself from society, one day receives a mysterious call from his sister, who went missing many years ago. The prospect of meeting a person so close to him motivates Patrick to leave his apartment, the effects of which we can observe in the game itself.

WP: Paranoid looks like a more narrative-focused game than your previous titles. Is this a fair assessment?

TD: Definitely yes. When it comes to Paranoid it is very important for us to present the story of the main character in a realistic and interesting way. Every element of the game world will merge into one big puzzle. It is a game in which the story of the main character plays the most important role and we will try to make sure that the players can discover its fragments with interest and shivers on their backs.

WP: Despite being a horror game, Paranoid looks like a big departure from your other titles Agony and Succubus. Are you hoping this will open your games up to more players?

TB: Paranoid is not only an interesting production challenge for us but also an important element in the development of Madmind Studio. We don’t want to be associated with just one game or series of games. Above all, however, Paranoid is a game that is very different from Agony or Succubus in terms of narrated story. Everything was shockingly direct there and the horror was caused by looking at the world itself, communicating with it. Paranoid, on the other hand, is more realistic, it causes a specific kind of nostalgia. It affects primarily the psyche of the player, not trying to shock him every step of the way with extremely brutal scenes.

WP: Most first-person horror games do not feature combat or let the player defend themselves. Will this be the case in Paranoid?

TD: In Paranoid, players will have many tools at their disposal to use in their defence. However, we want the use of weapons to be justified in game history. Thus, there is a much greater chance that a player’s will be equipped with an ice pick or a hammer than a double barrel shotgun, just to give example.

WP: What other gameplay mechanics can players expect (such as puzzles etc.)?

TD: Puzzles will of course occur in the game, but we also want to introduce players to new gameplay solutions related to the main character himself and his ailments. However, it is still too early to share the details.

WP: A big challenge for first-person horror games is making sure they’re a succinct experience. How long are you aiming Paranoid’s campaign to last?

TD: The length of the game will be related to the story we want to present. At this stage it’s too early to say how long the campaign will last, but we certainly won’t want to extend the game in an artificial way. We want to tell Patrick’s story in a coherent and comprehensive way. If we feel that some stage in the game does not fulfil this task, it will be modified accordingly.

WP: Have you looked at other similar games to see what elements work well and whether they would fit in Paranoid?

TD: Of course! As developers who create a game of psychological horror, we are also players who draw inspiration from other games. Many games of this type have been developed in recent years.  We try to keep up to date with the new titles, not only because of the competition, but most of all because horror movies in their various forms are our passion. Whether it’s films, books, comics or games itself.

TD: At the initial stage of production, we talked a lot about the best reality of the game. The unique atmosphere of the late ’80s seemed so unique to us that we decided to build Patrick’s story in it. The specific style of those years perfectly matched the story we want to tell, and the limitations stemming from the lack of technology available today only help us to narrate the game.

Patrick will be able to defend himself

WP: Agony was funded by a publisher and Kickstarter backers, yet both Succubus and Paranoid are being self-published. How did you raise the capital to fund the development of two projects at once? How will this impact both games’ development?

TD: Both the Agony and Unrated versions have brought us a reasonable profit, which allowed us to produce more titles.

In connection with the planned stock market debut, we have also obtained additional funds from new investors, who have contributed to the company’s account giving us the comfort of completing both games in optimal production time.

WP: So far Paranoid has on been announced for PC. Is there any chance it could come to the PS5 or the Xbox Series X?

TD: Of course. We would like each of our games to be available to as many players as possible. However, the release of a game on consoles involves signing an agreement with some global distributor, which often ends with great creative restrictions. Therefore, our current plans are to release the game according to our vision, independently and exclusively on PC. This does not mean, however, that console versions will not appear in the future either.

WP: Paranoid was first announced in 2018 alongside Succubus, yet Succubus has seen a number of updates, including a demo of the game’s prologue. How far into development is Paranoid and how big is the team working on it?

TD: At some point in the production of both games, we decided that it would be best for both projects to focus on the best possible fine-tuning of the game that will be released at first. This is why most of the team is now working on Succubus. However, the work on Paranoid is still going on and during this year we’ll share with you the new materials!

WP: Why did you choose to announce both games around the same time?

TD: At that time we wanted to show the players that despite the stumbles, we are still with them. We have ideas for new, intriguing games presenting an extremely different approach to horror games.

WP: Can you give us any indication on when the game might release?

TD: Paranoid will be released after the release of Succubus.

WP: Thank you and good luck with the game’s development.

TD: Thanks for your interest in our games and company!