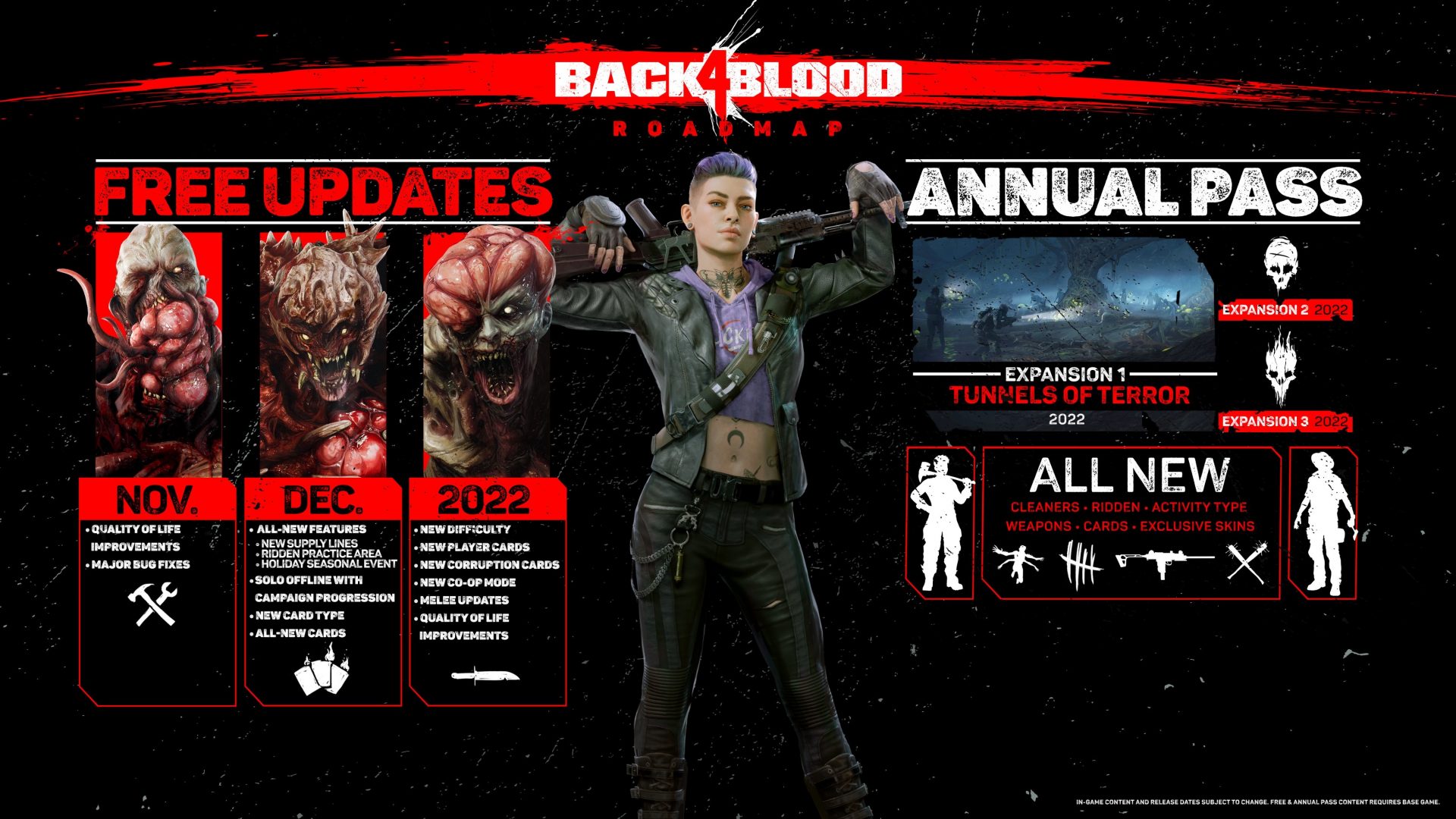 Developer Turtle Rock Studios has revealed the content roadmap for Back 4 Blood, unveiling plans for new features and modes, including the highly requested offline campaign.

Beginning this month with quality of life changes and bug fixes, the roadmap shows plans to provide new content to players starting in December and stretching into 2022. December’s scheduled content adds in an offline solo campaign, a feature that was sorely missing at launch. This drop will also introduce a new card type, new cards and supply lines, a Ridden practice area and a festive holiday event.

Once 2022 rolls around, players can look forward to a bunch of new content, including a new difficulty, new cards, improvements to the melee system, a new co-op mode and more quality of life updates. Those with the annual pass will also have access to the game’s first expansion in 2022, titled Tunnels of Terror. The annual pass will include 3 expansions in total, as well as new Cleaners, Ridden, weapons and cards.

Cleaners, the future is lookin' bright! Here's a roadmap of what's to come for Fort Hope. #Back4Blood pic.twitter.com/IHCvGqZXO0

This roadmap provides some hope that Back 4 Blood will live up to its potential, as many of these features were greatly missed on launch (we gave it a 6). The foundations are there, so hopefully, this content can build upon it and keep players coming back 4 more.

Have you played Back 4 Blood? If so, are you still playing it? Let us know in the comments or on our social media.