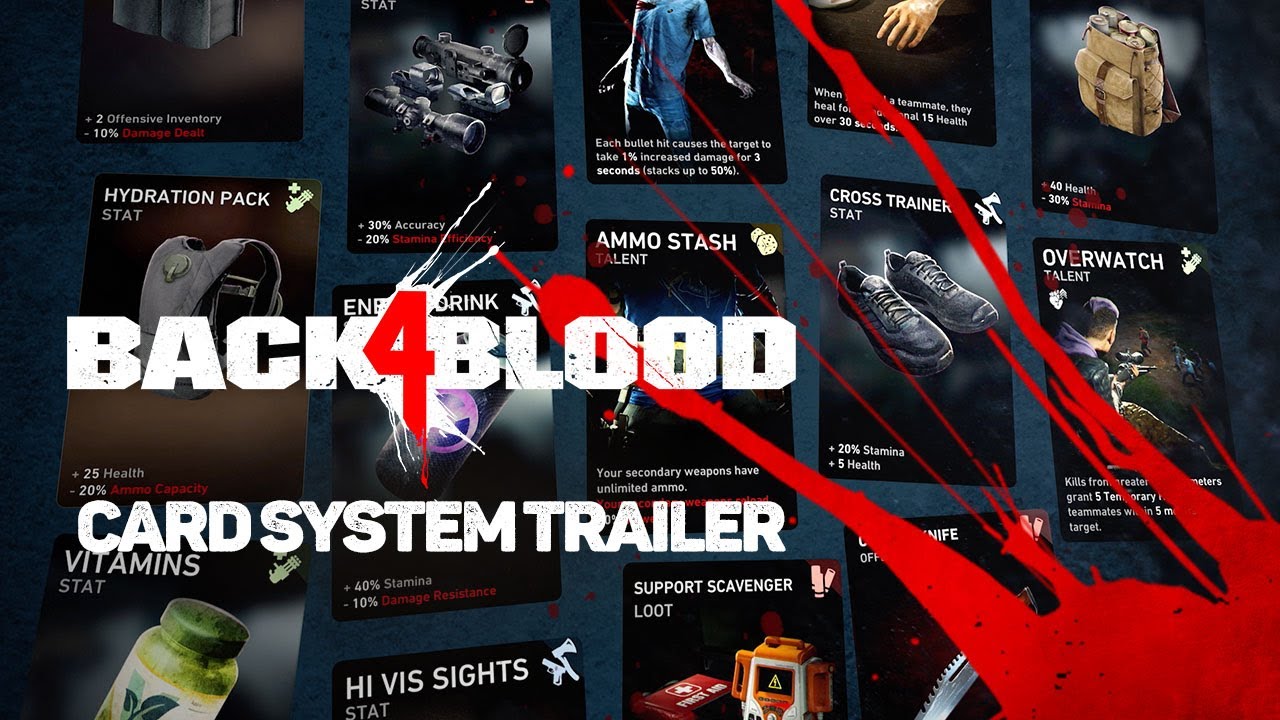 Despite getting hit with a delay, pushing it back into October, Back 4 Blood is looking like a strong return to form for Turtle Rock Studios, the team most well-known for creating the Left 4 Dead series. A game’s newest trailer shows off some of Back 4 Blood’s mechanics that look to provide a great deal of replayability, namely the Game Director AI and Card systems.

The Game Director AI is akin to a Dungeon Master in D&D, populating each level with enemies and tailoring the experience depending on the player’s skill level. The Card system refers to a large number of game-altering conditions that the Game Director can impose upon each playthrough. At the beginning of each game, the Game Director will play a number of corruption cards that mix things up by introducing effects such as darkness, flaming Ridden (zombies), additional challenges that must be met, and so on.

Once you’ve seen what the Game Director has in store for you, your team has the chance to play cards of your own, adding stat-boosting buffs, additional gear, and modifiers that will level the playing field. During each round, you’ll acquire supply points that can be used to purchase additional cards for you and your team to use in subsequent runs, incentivising you to replay. Give the trailer a watch for yourself (it does contain a fair amount of blood and guts, so you may need to follow the link):

What do you think of the Card system? Are you keen to blast the Ridden in Back 4 Blood? Let us know.