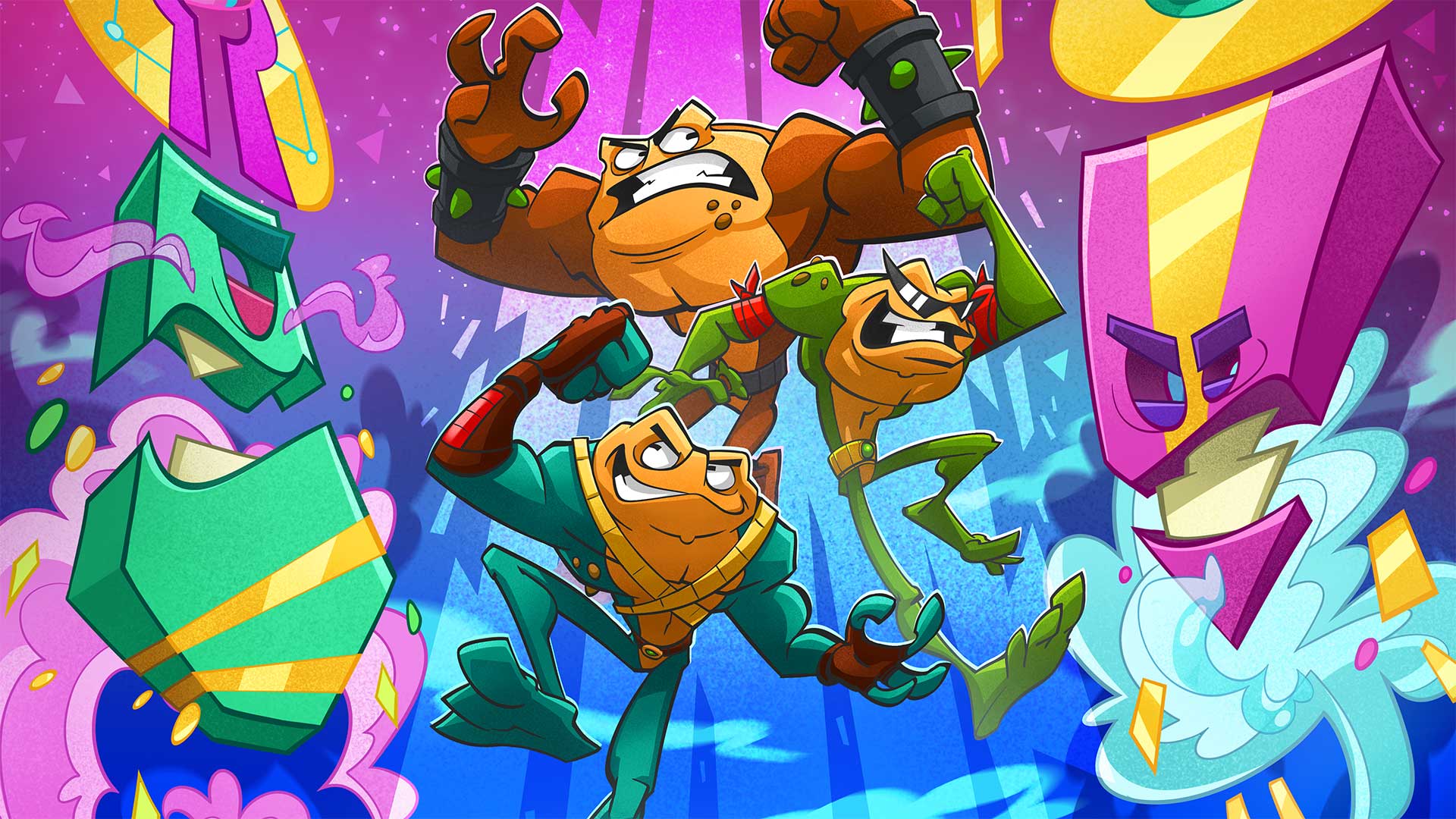 Just the mere mention of Battletoads is enough to send shivers down the spines of those whose memories of the title are nothing more than the Game Over screen thanks to the sheer brutality of the game’s difficulty. Even to this date it’s still widely considered one of the hardest games of all time, with many not able to conquer Rare’s amphibian brawler. My memories of the original are vague, as it’s been a very long time since I have played it, but I am glad Rare, Dlala Studios and Microsoft have decided to bring it back. So after what feels like forever, does Battletoads get the reboot it deserves?

After 26 years since their last adventure, Zitz, Rash and Pimple are back, rebooted and ready for a new lease on life. The story threads are fairly thin and for the most part I wasn’t really sure about exactly what was going on – I mean who’s playing Battletoads for the story? Essentially the toad trinity break out of a bunker they’ve been trapped in for 26 years and set out to do what they do best: dish out toad-style beatdowns. But instead of going toe-to-toe with the Dark Queen, the former adversaries join forces to take down a powerful group known as Utopia. While the actual story might not be anything more than an excuse to beat up alien-like enemies as toads, the writing, humour and voice-acting are fairly good and consistent throughout, giving the game its own personality and flavour.

The game’s art style is such a big departure from the original, and it’s one that will be hit and miss with a lot of the series’ fans. I wasn’t fully sold at first, but after wrapping my eyeballs around the game’s visuals I am completely sold on them – they are truly incredible and look fantastic. Backed by bright and bold colours, it reminds me of cartoons from my childhood, such as early Teenage Mutant Ninja Turtles and Street Sharks, and it really does feel like you’re playing a cartoon episode. Everything from the hand-drawn character designs (even the new designs of the toads) to their animations, it’s all done with incredible care and detail – seriously those animations are insanely good at times.

Thankfully Battletoads not only looks the goods, but it also plays like a well-oiled machine, at least when it comes to the beat ‘em up gameplay. If you’ve never played a Battletoads game it’s a side-scrolling beat ‘em up game akin to Streets of Rage. Your trio of toads will stroll the streets one at a time looking for tussles, with players having the ability to tag another toad in should they desire (or if they die). Each toad brings their own style to the donnybrooks; Rash and Zitz are more agile and faster with their attacks, whereas Pimple is the muscle and his attacks are often slower but more damaging. Each of the toads has their own moveset too, which gives them all a unique personality, Rash has a move where if you’re in the air he’ll turn into a shark and dive into the ground and deal a small wave of damage, Zitz can turn into a jackhammer, while Pimple can turn into an ape-like creature to deal more damage.

The art style and character design is truly incredible

Beat ‘em ups can easily become repetitive when you’re bashing through waves of enemies, however Battletoads does a good job of avoiding this by constantly adding new enemies and abilities. Each level usually introduces a new enemy type and as the level goes on, waves of that level’s enemies will start to swarm you, and in true beat ’em up fashion, the more stylish your pounding, the higher your rank. If one of your toads does perish, you will need to wait a specified period time before that toad ‘respawns and you can tag them in again. When it comes to boss battles, thankfully the game is a little forgiving, with players restarting from a checkpoint should you die, giving you a fighting chance at beating them before they reboot the game in another 25 years. There are three difficulty levels, all of which adjust the enemy’s health and strength as well as respawn time.

But Battletoads has never been just about fighting, and in classic Battletoads style, players will need to complete bike riding levels (one technically isn’t a bike), as well as platforming-puzzler levels. The bike riding sequences were some of my favourites, as it broke up the button-bashing gameplay with a nice mental challenge. The biggest difference with these is that they are now from a third-person view instead of the side-scrolling view (aside from the one that isn’t really a bike level).

Unsurprisingly, Battletoads can be a single-player experience, or you can play with a mate via couch co-op. Sadly there is no online co-op, which is kind of baffling given it’s the perfect style of game for online co-op, even more so because many of us are unable to visit one another due to COVID-19 restrictions.

Where the game does feel at odds with itself is in the minigames that almost act as interludes between the beat ‘em up levels. These minigames are mostly frustrating and repetitive, and end up hampering the overall enjoyment of the game. For example, one minigame is called Menial Jobs and sees the toads having to work normal jobs (such as Pimple as a masseuse), and while it’s not overly fun it fits with the game’s narrative and vibe. Disappointingly though, the majority of the minigames simply feel like an excuse to pad the game’s length and difficulty. One minigame that you’ll play a crazy three times is a Space Invaders­-like sequence that ramps up in difficulty as you go. The first time you do it it’s not overly frustrating – it’s actually quite a satisfying challenge, but to do it again another two times (and they’re not easy) reeks of padding. I mean if I wanted to play Space Invaders I’d play Space Invaders – actually I’d probably play Resogun, but hey. This isn’t the only minigame that sucks the fun out of the game, in fact there’s one late in the piece that is hands-down the worst minigame in existence. It lacks any form of direction on what order it needs to be completed and it is simply not fun in any way. I’m somewhat astounded it made it through playtesting and into the final product

Part of me loves the Battletoads reboot, namely the art style and the beat ‘em up gameplay, while the other part of me loathes the constant inclusion of minigames that ruin the game’s fun and momentum. It’s a shame that Rare and Dlala Studios weren’t fully confident in Battletoads’ part-beat ‘em up, part-biker gameplay as a complete package. I mean it’s not a long game, with my playthrough clocking in at seven hours, but it certainly feels excessively drawn out with the game’s minigames, and in the end it feels like a game that doesn’t know exactly what exactly it wants to be.

Reviewed on Xbox One X  // Review code supplied by publisher 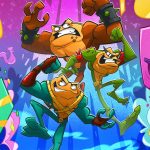 Battletoads Review
Toadal Reboot
Despite an amazing art style and some seriously fun beat ‘em up gameplay, the Battletoads reboot struggles with its identity due to the excessive inclusion of minigames
The Good
Amazing cartoon art style
Fun beat 'em up gameplay
Incredible animations and character design
Bikes riding sequences are a good challenge
The Bad
Constant minigames ruin the momentum
No online co-op
The worst minigame in existence
7.5
Good