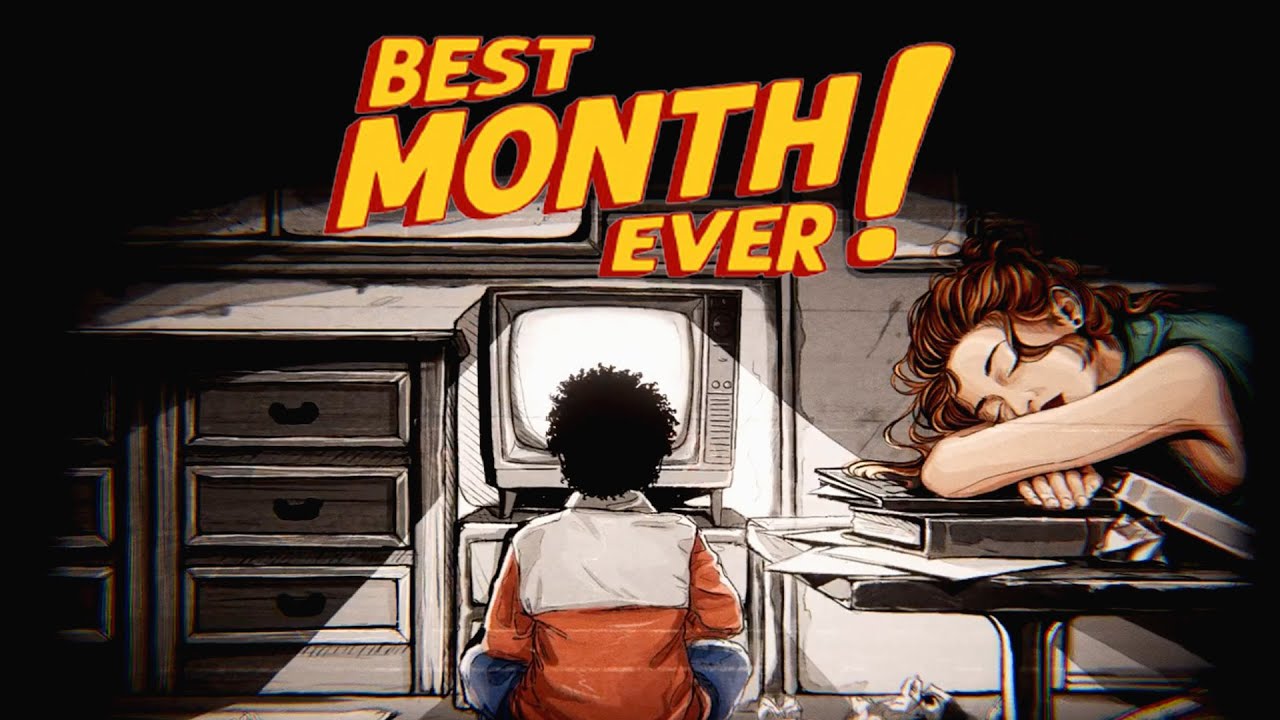 Perhaps we’ve been spoiled by the likes of Until Dawn and Telltalle’s The Walking Dead, with the former in particular proving that the mysterious butterfly effect can be successfully injected into an entertaining gaming experience and also maintain cohesion. It’s a natural thing for a gamer to want to carve out their own destiny and impact their virtual world in meaningful and sometimes unexpected ways, and a game that manages to allow that is powerful indeed. Even better is when the world impacts you as it reflects the consequences of your choices; I’m sure there are many out there who will forever remember the first time they were hit by ‘Clementine will remember that.’ Many games have aspired to reach those lofty heights of the true choice-driven narrative, many have failed, and while Best Month Ever!’s journey is paved with good intentions, its rigid structure and awkward characterisations are at odds with what it’s ultimately trying to achieve.

Best Month Ever! follows the journey of Louise, a young single mother caring for her nine-year-old black son Mitch in a post-Vietnam era America. In a not so fun twist, Louise discovers she only has about a month to live, and she is spurred into action to find a loving family for Mitch by taking him on a cross country road trip, visiting spectres of her troubled past in order to find someone to take care of him when she’s no longer around. In between encountering overt racism and confronting historic and present-day sexual abuse, Louise must also attempt to reconnect with her son and take the last opportunity she has to shape him into a resilient human being.

The central premise of Best Month Ever! is more than admirable, but its execution is such that it never really leaps off the page in any significant way. Playing out over thirteen short vignette style chapters, you’ll have a handful of choices to make that will impact how Mitch sees the world, specifically his relationship to law and order, his own sense of inner strength and his connection with others. The final state of these stats will feed into nine possible endings for Mitch, but if you can stick with the game long enough to see more than one or two of those endings then you’ve got the patience of a saint.

The problem with Best Month Ever! is two-pronged. Firstly, it is incredibly slow paced, with interminable, non-interactive, unskippable conversations taking place over what feels like eons. Voice work and animations wobble between mediocrity and terribleness, and none of the characters feel like they make a whole lot of sense in the contexts they find themselves in. Secondly, the narrative lurches gracelessly from one utterly ludicrous moment to the next, to the point where the core story and events become detached from any relatable reality and simply pile confusion on top of the already wildly caricatured characters. One moment Louise will be brandishing a gun at a paedophile priest, the next she’ll be taking peyote to help her son recover from a snake bite (a secret remedy that Western medicine has obviously hidden from us). The writers clearly wanted to lean on heavier themes around racism and sexual abuse and go for shock and awe, but they’ve landed firmly on confound and bamboozle. Also, why are racial slurs bleeped out while the c-bomb gets thrown around like candy?

There is also a not-so-secret third prong in terms of problematic design, and that is that your choices have only the most superficial impact on the meat of the narrative. Sometimes even the illusion of choice is wrested unceremoniously from you, as you are often forced to do things like set a car on fire, or pull a gun on someone, regardless of whether you think you’re setting a good example for Mitch. Some choices will basically land you in the exact same narrative stream irrespective of what you ‘choose’, and it all feels very disjointed and pointless. QTEs pop up from time to time, but if you fail them (which you basically have to do on purpose as they are incredibly simple), then you just get to have another go. For a game about consequences, there seem to be very few…consequences.

One positive though is the visual flair in select sections. While on the balance of things, the cel-shaded visuals present a very mixed bag, some of the diorama-like scenes are brought to life by a beautiful use of contrast and colour, and in these scenes the game flirts with achieving the poignancy it so desperately seeks. Much of this is spoiled by the awful movement mechanics and extremely narrow set of interactions with the world the game actually allows, but I appreciated some of the artistic touches nonetheless.

A choice-based narrative against the backdrop of an extremely charged period in America’s history has limitless potential, but everywhere you look, Best Month Ever!’s ambitions outstrip its ability to execute. Characters and situations compete with one another to see how bizarre and unrelatable they can be, and there’s a general lack of emotional impact or cohesion. Awkward voice work and janky animations seal the deal, with some of the game’s art direction being the only light in the darkness for this tawdry mother and son tale. 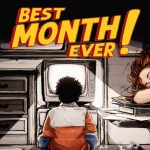 Best Month Ever! Review
Not The Choicest Cut
Its ambition to tackle heavy themes and present an interesting mother-son dynamic is admirable, but the muddled execution, muted interactivity and lack of any real tangible choice and consequence cycle makes this a forgettable American road trip.
The Good
The premise and setting are intriguing in principle if not execution
Some scenes feature a great use of contrast, colour and design
The Bad
Characters are mere caricatures in disjointed, bizarre, unrelatable contexts
Voice work and animation is patchy at best
Choices are often merely illusions, and the idea of real consequence is undercooked
A largely passive experience, with limited interactivity allowed with the world
4
Bummer

Best Month Ever! Review
Not The Choicest Cut
Its ambition to tackle heavy themes and present an interesting mother-son dynamic is admirable, but the muddled execution, muted interactivity and lack of any real tangible choice and consequence cycle makes this a forgettable American road trip.
The Good
The premise and setting are intriguing in principle if not execution
Some scenes feature a great use of contrast, colour and design
The Bad
Characters are mere caricatures in disjointed, bizarre, unrelatable contexts
Voice work and animation is patchy at best
Choices are often merely illusions, and the idea of real consequence is undercooked
A largely passive experience, with limited interactivity allowed with the world
4
Bummer
In this article:best month ever, klabater, murica, point and click, Warsaw Film School Video Game & Film Production Studio