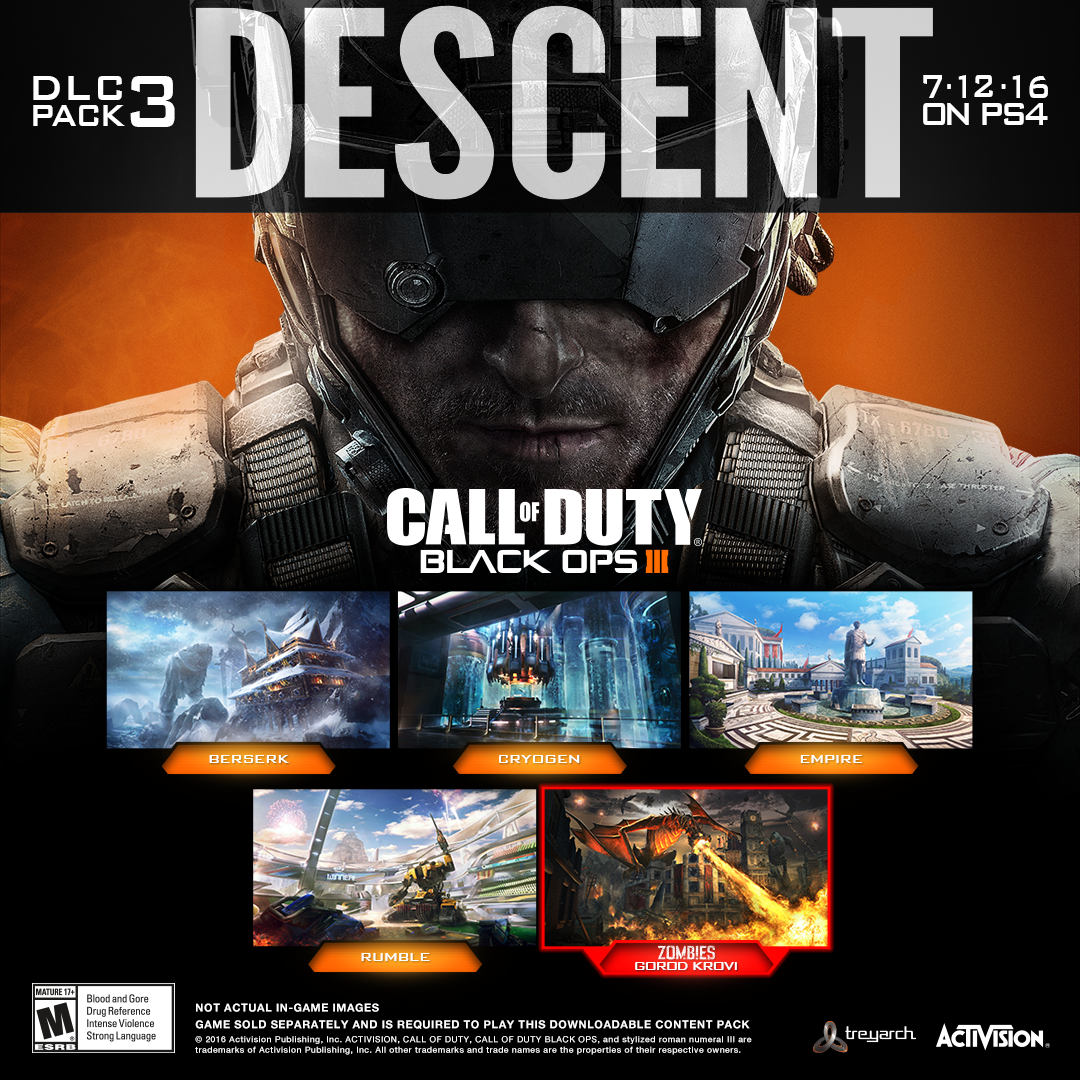 The latest DLC offering for COD Black Ops III, Decent, has today been given a release date of July 12!

Call of Duty: Black Ops III Descent features four new multiplayer maps that takes the momentum-based, chained movement system across the globe to unique settings that include a cryogenic prison, a Viking village frozen in time, a giant robot combat arena and a modern day reconstruction of an ancient Roman villa:

Descent also thrusts players to an alternate universe of Nikolai’s motherland, the 1940s Soviet Union, in the next highly-anticipated chapter of the Origins Zombies saga, Gorod Krovi.  Players face-off against a swarm of mechanized zombie infantry and dodge hell-fire from aerial dragon assaults, all in the middle of a raging battle within the remnants of Stalingrad.  Gorod Krovi delivers the most exciting Zombies experience yet, filled with horrifying new enemies, exciting new gameplay mechanics and an epic set of Zombie annihilating weapons.