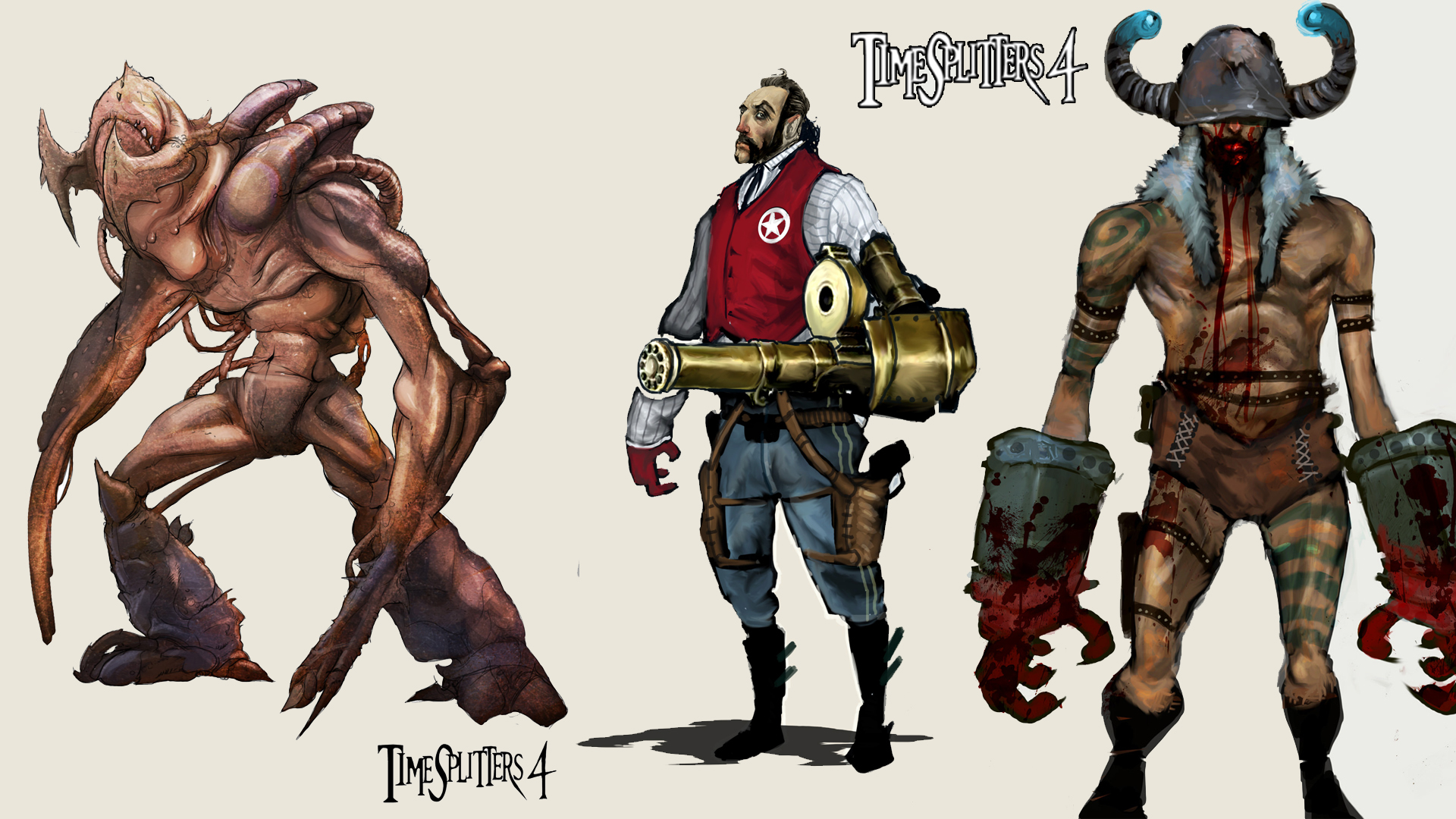 TimeSplitters 4. It’s a title that many people long for, and sadly, one that will probably never see the light of day. It’s common knowledge that Free Radical Design was developing TimeSplitters 4 prior to their acquisition by Crytek, and that development continued under their new Crytek UK moniker. Former Free Radical dev Steve Ellis revealed in 2012 that the studio developed a small playable demo for pitch purposes prior to entering administration. Ellis further revealed that publishers turned the project down due to marketing concerns and the studio’s development of bomb PS3 exclusive Haze.

In 2012 Crytek CEO at the time, Cevat Yerli, revealed that ‘he wished the studio was working on the game’. At the same time, he identified several challenges with developing a new TimeSplitters including winning over publishers, uncertainty over the size of the game’s community and ultimately sales. The idea of running a Kickstarter was flirted with but never eventuated with Yerli stating that running a Kickstarter wouldn’t be appropriate for a studio of Crytek’s size.

So it seemed that TimeSplitters 4 would be lost to time and the memories of the initial trilogy would have to sustain us for years to come. However, just recently Reddit user NCS_McCallihan posted a plethora of concept art that gives us our best look at the some of the potential characters. It contains everything from pirates to Greek-inspired warriors, nuns with guns and various monsters/creatures. It’s a treasure trove of artworks for fans of the series and may provide some solace to those who long for a TimeSplitters return.

You can view a selection of the images below or you can click here for the full gallery.