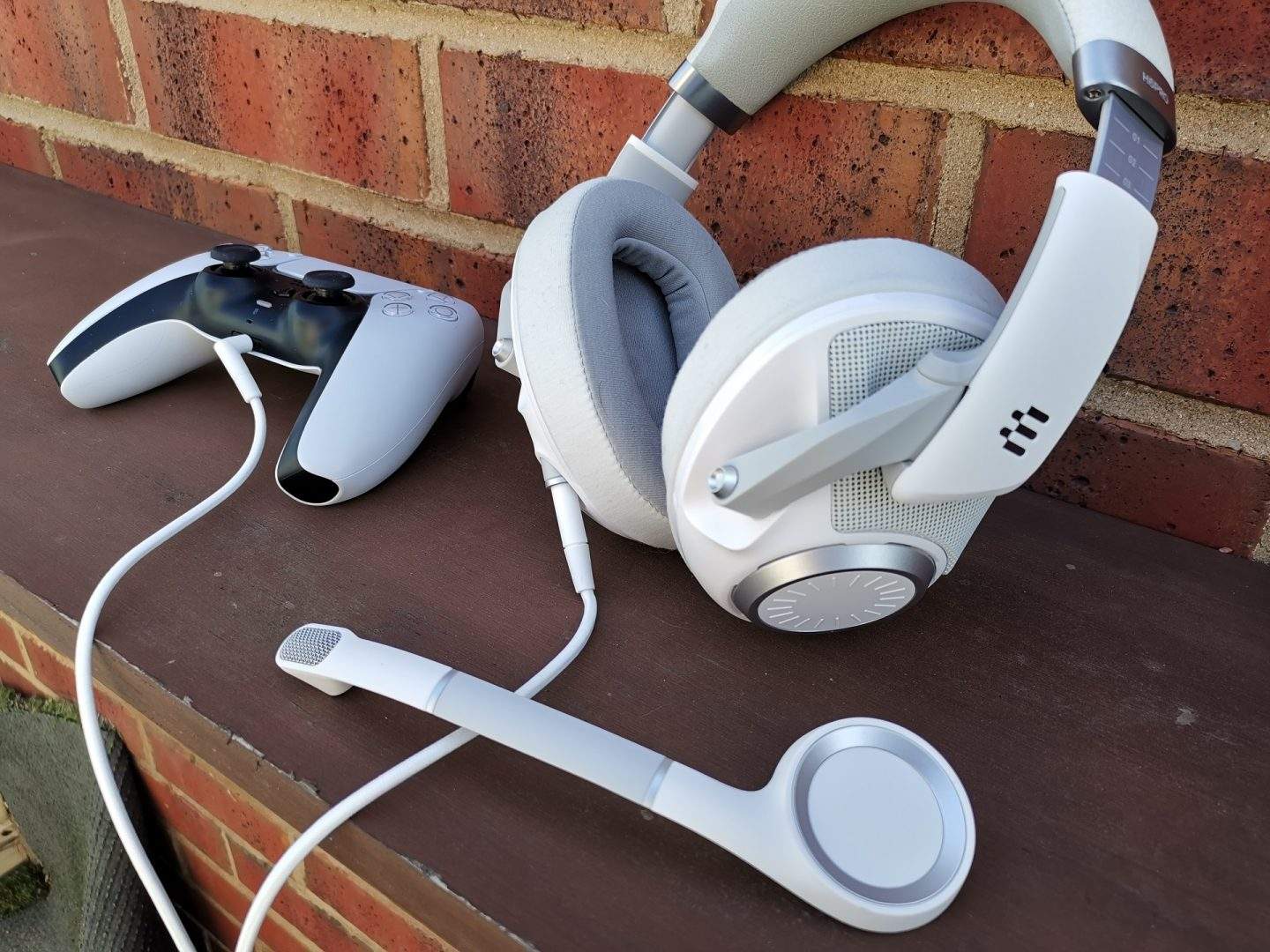 There is something to be said about overdelivering on low expectations, and my experience with the EPOS H6PRO illustrates this with gusto. If there is an argument for going back to basics and opting for a wired, performance-first headset over a feature-packed, wireless package – EPOS has a contender capable of changing minds and preferences.

When plugging either the PC or console audio cable into the input enclosure on the left earpiece, there is a need to be extra diligent. In my first hour of testing on console with Doom Eternal, there was no depth of sound or balanced mixing between bass and treble when the action and soundtrack began to overlay. I had attempted to disconnect the cable from both headset and controller multiple times, as well as switching between various software audio profiles on the Xbox Series X. No luck. Only when I attempted this again, out of frustration the following day, did I accidentally find the hidden sweet spot (read: idiot doesn’t know how cable jacks work after being wireless for years). The audio suddenly came to life in a way that threw me back on my couch with sheer awe, as the punchy Doom Eternal metal soundtrack riffed over the reverberating booms of my shotgun.

Suffice to say, first impressions were dampened simply due to poor physical feedback when connecting the audio cable to the headset proper. Without a reliable click or any other form of feedback, some users may initially find aeroplane headset level audio if, like me, they struggled to get the input jack nested correctly.

A worthwhile tether to your current-gen controller

If the above criticism is simply an embarrassing user snafu that exists among a minority of users like myself, I can safely say that upon experiencing this headset as EPOS intended, with Doom Eternal as the testing stage, my beloved SteelSeries Arctis 7 was muscled out by the chad H6PRO. Heck, even my beloved Sony Pulse 3D headset for the PS5 is now relegated to the drawer. Immersion simply didn’t sell the elevated enjoyment the game suddenly had, and the range on this headset perfectly complements the sound design of any games I threw at it, from Halo Infinite to Rock Band 4.

One notable highlight was hearing the floating, cyclopean Doom Cacodemon audibly gulp when launching a grenade into its gullet, a soundbite I never previously registered when playing this and its predecessor with both the Sony 3D Pulse when playing the PS5 version, and with soundbars.

On the PC is where I expected things to shine, but instead found a mixed experience with volume and the resulting soundscape. Keeping in mind I am only using the motherboard soundcard with this headset, the experience was far from bad. Listening to music while writing, I was concerned to find that the audio needed to be almost maxed out to let Kanye really yelp. Switching genres, I tried a bit of metalcore courtesy of Underoath’s latest album and, distressingly, had to have the volume at 100% across Windows and the headset. I expect this would be remedied with a specialty audio card, but that would raise the total product cost from AUD$259(RRP) into a hobbyist range which the H6Pro isn’t feature-equipped to compete with.

While an approximate 80–90% on the headset volume control is beyond sufficient for most, this low volume peak pales compared to the Arctis 7. On the upside, percussion booms everywhere creating a delightfully alive soundscape. Yet to achieve this, as mentioned above, you’re pushing the volume to an alarmingly high degree. This was not uncomfortable but extremely limiting.

The PC experience was fine but made me painfully aware of a possible con of the open acoustic design. The perforated, hallowed earpieces mean I can communicate with my partner and have a vague awareness of the sounds around me. This also meant becoming aware of my computer fans when playing games like Destiny 2 and Dishonored 2. Though not loud, it quickly becomes an unflattering ambience.

The same acoustic consideration must be made if you intend to wear this in a living space, where noisy animals/children/appliances can disrupt the experience. If you have a quiet home like me, playing anything from a boomer shooter to an atmospheric horror title will be an unrivalled treat, where you won’t be able to trust the sounds around you. I have never had an in-home audio experience cause me to be so consistently jumpy and tense.

Of the immediate shortcomings of the H6PRO is a relatively inflexible chassis and lack of chat mixer. If you’ve got a bit of bulk around your noggin, you will find that there is little to adjust in terms of the ear cups. They only swivel down or inwards a hesitant few degrees and may not be comfortable for long sessions if you have headwear or similar accessories. Not having a chat mixer to adjust between game and chat audio means alt-tabbing on PC, disrupting your immersion and possibly closing your game. This is less an issue on PS5 and Xbox Series S|X, where a slider is quickly accessible from the system menu while an application is running.

While lacking the versatility of other daily drivers like the Arctis 7, the EPOS H6PRO deserves a spot in your gaming arsenal. If your consoles are housed in a quiet room, you’ll be hard-pressed to find a more Immersive headset at this price point. A lack of flexibility in the design means it may not physically accommodate everybody but will happily endure long sessions for those who like the fit. Some key features are sorely missed, such as a physical mixer to adjust between game and voice chat. 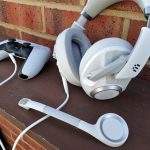 EPOS H6Pro Open Acoustic Review
Extraordinary sound in the silence
If your head and house fit the requirements, the EPOS H6PRO is a safe console companion with an elevated soundscape. A wired headset sporting open acoustics with purpose if you have a quiet environment.
The Good
Deeply layered, impactful sound
Essential gaming experience
Directional soundscape exceeds expectations
Open acoustics simulates sound leaking into your sorroundings
The Bad
Feature-lite for the price point
Inflexible chassis
Requires quieter sorroundings
Less versatile than the competition