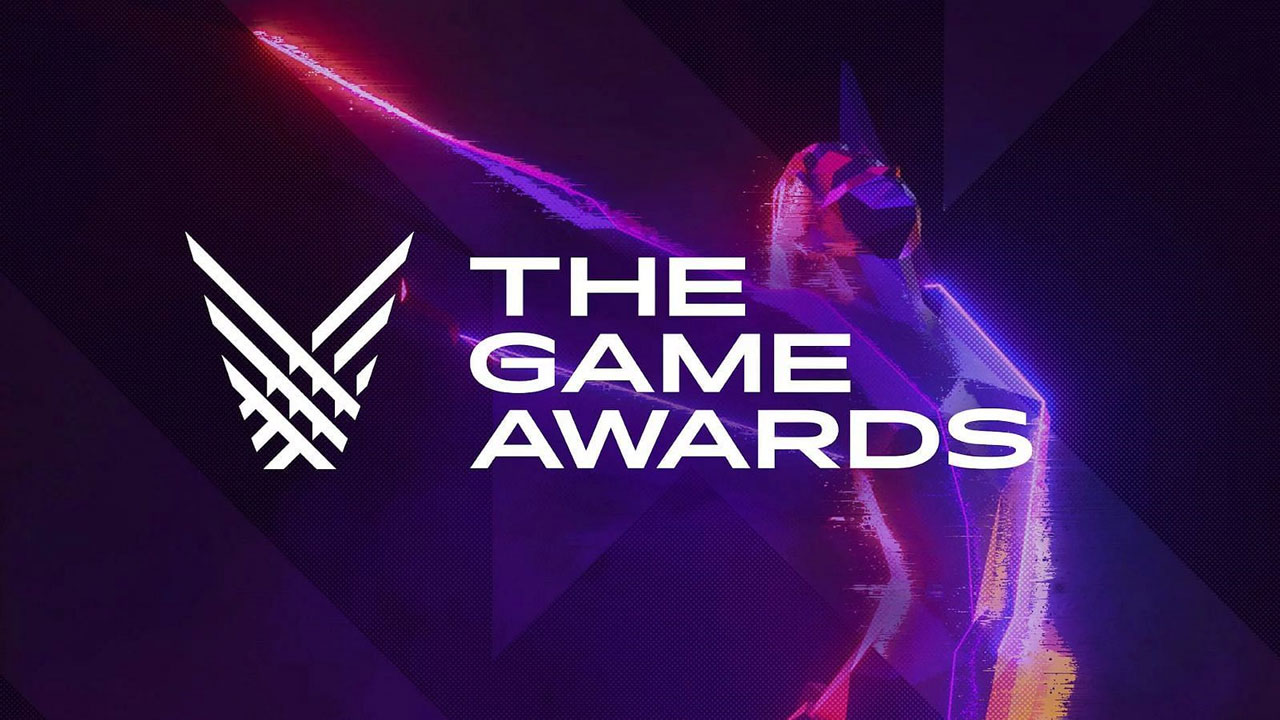 The Game Awards is always of treats and surprises, whether they be new looks at announced games or World Premieres™, and 2021 was no different. In fact, I think this was the biggest year to date, with some huge reveals. Anyway, enough rambling, here’s all the announcements.

Hosted by Sydney Goodman, we got an entrée serving of announcements that could have easily been the main course for a separate event. Seriously, there was some good stuff in here that a lot of people probably missed because they were waiting for the main event to kick off. I mean, if I had missed the Evil West trailer, Geoff and I would have had some words.

Kicking proceedings off was a release date trailer for Tunic, the action-adventure featuring a cute fox and gorgeous visuals is coming to Xbox Series X|S, Xbox One and PC on March 16, 2022.

In a surprise announcement, a multiplayer video game adaptation of The Texas Chainsaw Massacre from Sumo Digital was revealed. No further details were shared, so for now it’s speculation on how this will translate into a gaming experience.

Another surprise reveal, this time in the form of Homeworld 3. Not much from the latest entry in the popular RTS series from Blackbird Interactive was shown off, but it certainly whet fans of the series’ appetite. Coming in Q4 2022 to PC.

The Expanse: A Telltale Series

Telltale revealed that they are working on a video game adaptation of the hit TV show The Expanse.

We got another look at Platinum Games’ coop action RPG Babylon’s Fall, complete with plenty of colours and insane weaponry. It was announced here that Babylon’s Fall will release on PS5, PS4 and PC on March 3, 2022.

The insane melee multiplayer title Chivalry 2 is in the midst of a free weekend event, where you can jump in and play for $0. It was also announced that a free update titled House Aberfell will drop in early 2022, introducing new weapons and modes.

The upcoming Monster Hunter Rise expansion, Sunbreak, got a new trailer that looks at the new location of Elgado and the various new NPCs and monsters that players will be able to interact with and battle.

A unique adventure title published by Annapurna and developed by Outerloop Games, Thirsty Suitors has you playing as Jala as she skateboards, cooks and takes part in turn-based battles in order to confront her mistakes and become the person she wants to be.

We finally got our first look at the fast-paced third-person combat in Evil West. Filled with monsters, rooting, tooting, plenty of gunshots and some slick fisticuffs, this supernatural cowboy title looks badarse. Coming to PS5, PS4, Xbox Series X|S, Xbox One and PC in 2022.

Have A Nice Death

A hand-drawn 2D rouge-like, Have A Nice Death looks to have fast and smooth combat coupled with platforming and a beautiful art style. Playing as Death, you’ll be tasked with getting reeling in your out of control employees on Earth. Early access coming in March 2022.

A new trailer for Planet of Lana, the hand-painted side-scroller, shows the game’s protagonist traversing a vast desert filled with threatening machines.

Continuing the story of Persona 4 Golden, Persona 4 Arena Ultimax is a 2D fighter that fills the screen with insane moves and crazy abilities. Coming to PS4, Switch and PC on March 17, 2022.

Announced at last year’s Game Awards, this year we got our first look at gameplay from Senua’s Saga: Hellblade II. Insanely cinematic and unsettling, the trailer shows Senua hunting and then being hunted by, a huge and pained humanoid creature. A great way to kick off the main show, this trailer is absolutely stunning.

Developed by Heavy Rain’s Quantic Dream, Star Wars Eclipse got a beautiful cinematic trailer that introduces us to the many faces of the galaxy. The first game to be set in the High Republic Era, Eclipse is an action-adventure title that will have players influencing the fates of multiple characters in a galaxy far, far away.

Open-world MMO RPG Lost Ark will be coming to the West on February 11, 2022. This new trailer shows off the game’s combat and the edgy world that many are likely to get lost in.

A genuine surprise was up next, with the announcement that Monolith Productions, the team behind the Middle Earth: Shadow of Mordor, are currently working on a Wonder Woman game. Wonder Woman will be a single-player open-world action game that will have players taking up the lasso of the famous Amazon.

Alan Wake II has been announced as Remedy Entertainment’s first foray into psychological survival horror. The titular writer returns in the sequel that will release on PS5, Xbox Series X|S and PC in 2023.

The first film had no right to be so entertaining. The sequel, featuring Tails and Knuckles, looks to be counting that trend, with more action and more bald Eggman. Coming to cinemas April 8, 2022.

A new trailer for the highly anticipated Horizon Forbidden West shows off the new and dangerous threats that Aloy will be faced with. From diverse biomes and threatening new machines, this sequel looks incredible. Releasing on PS5 and PS4 on February 18, 2022.

Bringing together old and new, the Final Fantasy VII Remake Intergrade will be making its way to PC via the Epic Games Store on December 16.

The Witch Queen, the newest expansion for Destiny 2, got a new trailer that showed off new weapons, enemies and environments. The Witch Queen releases on February 22, 2022.

A shared world survival game with a distinct Victorian aesthetic, Nightingale will have players building settlements and battling fantasy monsters as you search for a way home. Early access beginning in 2022.

The Lord of the Rings: Gollum

We got another cinematic look at Gollum’s upcoming adventure, with the trailer showing off the Jekyll and Hyde nature of our precious friend. Coming to consoles and PC in 2022.

One of the first battle royales on the market, PUBG: Battlegrounds is officially going free-to-play on console and PC from January 12, 2021.

The new game from former Playdead (Limbo, Inside) developers, Somerville is a sci-fi adventure that tasks players with making their family whole again after a catastrophe. So far it’s looking like a tidy game. Coming to Xbox consoles and PC in 2022.

Not only did we get to witness a cracking musical performance, we finally got a release date for Cuphead: The Delicious Last Course DLC, which is hitting all platforms on June 30, 2022.

We finally got our first look at the long-awaited Sonic Frontiers. The cinematic trailer shows the blue blur in a sprawling environment filled with green hills and metallic menaces. This looks to be an open-world Sonic title, whether that be for better or worse. Coming in 2022.

A new trailer for the open-world adventure title Tchia shows our body-swapping protagonist making her way across the beautiful island where the game takes place. Coming to PS5, PS4 and PC in 2022.

Our first look at gameplay from Suicide Squad: Kill the Justice League showed off plenty of carnage and chaos caused by the members of Task Force X. The trailer gives us a taste of what each of the main cast can do, while also teasing us with the Brainiac-controlled Flash. Coming to PS5, Xbox Series X|S and PC in 2022.

A new trailer for the upcoming action title Forspoken showed protagonist Frey as she battles beasties and bounds across the world with awesome abilities. Coming to PS5 and PC on May 24, 2022.

A follow-up to an underrated action game, Warhammer 40,000: Space Marine 2 was announced with a gruesome and action-packed trailer that reintroduces the beefy Captain Titus. Releasing on PS5, Xbox Series X|S and PC.

After being delayed from its initial February 2022 release date, we got another look at the new Saints Row and a new date. It’s looking like it’ll provide a good time. Now coming August 23, 2022 to consoles and PC.

More skins are coming to Fall Guys, including a number from The Nightmare Before Christmas, Cuphead, Untitled Goose Game, Nier and Bomberman. Skins releasing starting December 16.

Set in the iconic sci-fi universe, Dune: Spice Wars is an upcoming 4X strategy game that will have various galactic houses vying for control. Coming to PC early access in early 2022.

Crazy and chaotic, this new trailer tries to step you through the insane story of Tiny Tina’s Wonderlands, with the tyrannical Dragon Lord at its centre. Coming to PS5, PS4, Xbox Series X|S, Xbox One and PC on March 25, 2022.

There’s something suss about virtual reality. Among Us is coming to VR. No release information was given, but Among Us VR will launch on PSVR, Oculus and Steam.

The new RPG from Spiders (Greedfall) where you play as a robot soldier tasked with saving Paris. It certainly looks cool, however, we’re still yet to see gameplay. Coming June 2022.

Metal: Hellsinger – The Gods of Metal

Metal and guns. What more is there to say? Coming to nu-gen consoles and PC in 2022.

A choice-based adventure game, Star Trek: Resurgence is in development Dramatic Labs, a team formed by ex-Telltale staff. Coming to PS5, PS4,m Xbox Series X|S, Xbox One and PC in 2022.

A 40-person melee battle royale, Rumbleverse is a cartoony brawler with whacky characters and big hits.

We got another look at Asobo Studio’s A Plague Tale: Requiem, which not only looks incredible from a visual standpoint, but it appears that the gameplay will have a bigger focus on combat. Coming in 2022.

By now you know what to expect, but we were treated to a cinematic trailer showing off more of the choices that await players. Coming to consoles and PC on February 4, 2022.

The long-awaited shooter from Remedy got some more airtime before receiving a release date of February 10, 2022. We’re quietly keen.

The free battle royale game is set inside the Vampire: The Masquerade universe. Looks neat. Launches in autumn for PS5 and PC.

Swedish developer 10 Chambers announced that their multiplayer horror shooter GTFO has surprisingly and finally launched out of Early Access. If you’re a fan of Payday-style experiences and dying over and over again, this is for you.

We finally have our first look at Halo The Series. We see Chief in live-action and get a brief set-up for his battle against the Covenant that will play out in this Paramount+ series.

We’ve now seen a decent amount from Elden Ring, but this new story trailer gave us our best look at the game’s story yet. Coming to PS5, PS4, Xbox Series X|S, Xbox One and PC on February 25, 2022.

A companion-based shooter, Synced: Off-Planet features gunplay mixed with a number of Nanos that can fight by your side, all with different abilities and uses.

A free-to-play cooperative sci-fi shooter from former DICE and EA talent. Looks like a wild time. Colour us keen. And we love the retro vibe. Lands on PS5, Xbox Series X|S and PC in 2022.

Clocking in at nearly four hours, that’s a wrap. The event was packed in places and thin in others, but we did get a lot of exciting first looks.

What was your favourite reveal of the show? Was there something that you expected to see that didn’t make an appearance? Let us know in the comments or on our social media.