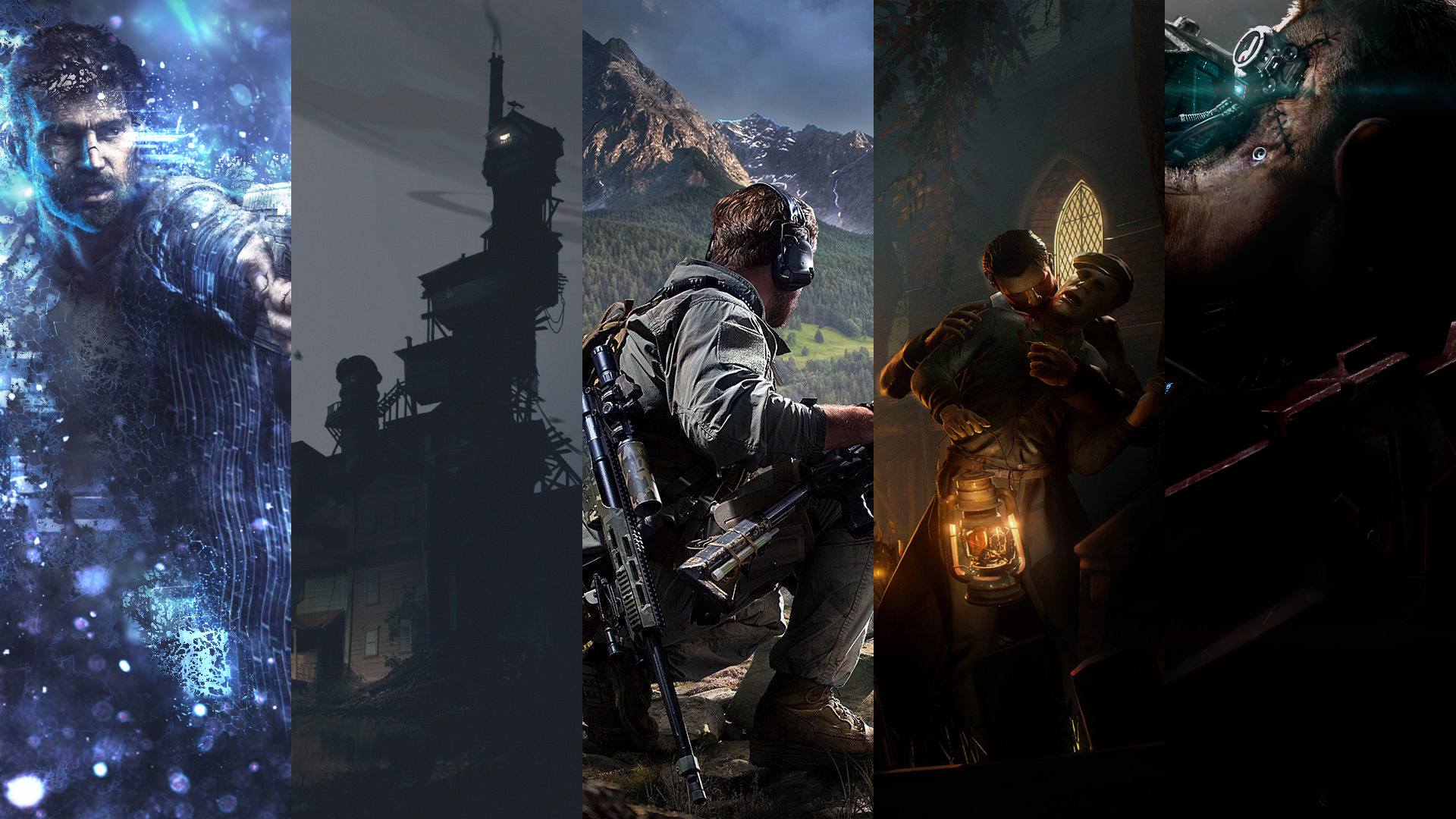 Every year we are treated with a myriad of new game releases; some of these are from established AAA franchises – some whose series haven’t seen an entry for a few years – while others attempt to suck every last dollar from our banks with their annual iterations. Then there are the new AAA IPs, the games that publishers bank on in becoming the new big hit or juggernaut series. Lastly we have the indie scene – which is usually loaded with hidden gems, yet most gamers are either too busy with the aforementioned heavy-hitters or think that ‘indie’ typically means ‘shit’.

Within each of these categories there are always a collection of games that have gamers tight in the jorts (read: excited) with anticipation. In the existing AAA category we have games like Mass Effect: Andromeda, The Legend of Zelda: Breath of Wild and Resident Evil VII: Biohazard. New AAA IPs hoping to capture the hearts and wallets of gamers are Sony’s Horizon Zero Dawn and Microsoft’s Scalebound, while in the indie sector there are games aplenty and I confess that I don’t know as many as I should.

Below I have written about five games that may be sneaking in under the radar of most gamers that are definitely worth keeping an eye on as they lead up to their release at some stage during 2017.

Sniper: Ghost Warrior 3 (SGW3) represents a significant change for the Polish-developed deadeye dick series. First and foremost, it is the studio’s first attempt at AAA production and unlike the game’s two predecessors which were linear experiences, SGW3 is the first game in the series to have an open-world environment with a fully-fleshed out crafting and upgrade system. The game will feature three distinctly large maps (think Shadow of Mordor), where players will complete both campaign missions and side objectives that Lead Designer Tomasz Pruski told us will take the player roughly 35 hours to complete.

SGW3’s tale follows a new protagonist, Jon North, whose mission has led him to Georgia, Eastern Europe to help the fight against the rising separatist threat and locate his missing brother. Embracing the game’s titular roots players will have three play styles available to them: sniper, ghost and the warrior. Missions will be able to completed as players choose, however the game is designed for players to use an amalgam of each style.

More recently, CI Games confirmed the inclusion of multiplayer in SGW3. It will feature Deathmatch and Team Deathmatch, and one that is a sniper-centric variation on classic competitive multiplayer. More will be revealed about the third MP mode closer to the game’s release.

From what we’ve seen so far, SGW3 looks like taking the series to a whole level. Let’s just hope it turns out that way.

First announced back in 2013, Get Even is a first-person-shooter-cum-psychological-thriller-puzzler being developed by Polish development team, The Farm 51 (and published by Bandai Namco). In Get Even you play as Cole Black, who awakens with only a phone and a gun in an abandoned asylum not knowing how got there. Black’s only memory is that he must rescue a teenage girl from exploding – thanks to the device strapped to her chest.

Thanks to the advanced technology that allows users to read and replay memories (conveniently strapped the wearers head), Black must travel inside his own mind to find the answers he seeks. Players must utilise the tools (scanner, map, etc.) on their phone to explore the surroundings and find clues to the mystery facing Black.

Whilst the hands-on previews from a 45-minute Gamescom demo have received mixed impressions (read Polygon’s or Xbox Achievements), the game’s mysterious premise and desolate setting leaves me hopeful that The Farm 51 can deliver a compelling experience.

I have never been a huge fan of the Dark Souls style of game due to the copious amounts of punishment involved. Now, you can sit there and tell me to ‘git gud’, ‘man up’ or ‘don’t be shit’, however the simple fact is that I don’t get pleasure from dying over and over again – I’m in no way a digital masochist. But for whatever reason, 2014’s Lords of the Fallen tickled my fancy and I ended playing through the whole game despite suffering a beating or two along the way.

Why did I tell you that little anecdote? Because Lords of the Fallen was co-developed by Deck13 Interactive, the architects of the upcoming RPG The Surge, which is set in a dystopian future. Much like Lords of the Fallen, The Surge won’t be full-blown praising the sun difficult, however its challenge will be nothing to scoff at (at least not for us casuals). The Surge’s combat mechanics will be akin to the aforementioned LotF – whereby you increase your XP by stringing together kills to collect scrap from fallen enemies. In our chat with Deck13’s Jan Klose earlier this year, he revealed that a new combat mechanic will be the ability to ‘target individual body parts in real time, and even chop them off!’

Where The Surge has me captivated is in its premise. I’m a sucker for a dystopian setting – in fact you’d be hard pressed to find a dystopian premise that hasn’t at least coloured me curious, but anyway, I digress. The Surge’s premise is based around the overpopulation of Earth’s remaining cities, with many jobs having been lost to the advancements in technology. Humans have also benefited from these advancements with some humans utilising exoskeletons to increase their skills.  However the longevity of Earth is at risk as a war between man and machine teeters on the brink of bedlam, and your character is thrust into the frontline to fight for humanity’s preservation.

Every year there are a handful of story-driven indie titles that focus more on giving the player an experience rather than a traditional game of sorts. In 2014 we had The Vanishing of Ethan Carter, in 2015 we had Everyone’s Gone to the Rapture and this year we were treated to the excellent Firewatch, which was nominated for several Game of the Year awards and is one of the best narratives of recent memory (in my opinion of course).

I’m hoping that Californian-based developers Giant Sparrow – who have the 2012 The Unfinished Swan on their CV – are the next development team to grace us with an exceptional story-driven experience with their PS4 exclusive, What Remains of Edith Finch.

What Remains of Edith Finch according to the developer’s website ‘is a collection of short stories about a cursed family in Washington State. Each story offers a chance to experience the life of a different family member with stories ranging from the early 1900s to the present day. The gameplay and tone of the stories are as varied as the family members themselves. The only constants are that each is played from a first-person perspective and that each story ends with that family member’s death. It’s a game about what it feels like to be humbled and astonished by the vast and unknowable world around us’.

The game is played from the first-person view and players will take on the role of Edith Finch as she attempts to discover why she is the last of the Finch bloodline. It’s been on my radar since it was first announced in 2014. It was tentatively penned in for a 2016 release, however a change in publishers (Sony handed the publishing duties to Annapurna Interactive) and additional development time required meant that the game slipped into the 2017 calendar. At the most recent PSX convention the game was available for limited hands-on sessions. You can read one of the glowing previews here.

Fresh off the success of its award-winning emotive teenage adventure, Life is Strange, French developers Dontnod Entertainment announced one of their next titles as Vampyr, a third-person action RPG set in a semi-open world London during the Spanish influenza pandemic of the early 1900s.

Vampyr follows the tale of newly-turned vampire doctor Jonathan Reid as he comes to terms with his new affliction. Reid must now feed on the people he swore a Hippocratic oath to protect, and by feeding he is able to level up his newfound skills. It is not compulsory to kill innocent people to progress, however Reid will be unable to level up if he chooses not to.

The game will have combat mechanics, with Reid able to utilise both melee and ranged weapons in the fight against vampires, vampire hunters and mutated vampires (which are known as Skulls). Reid will also have vampiric powers at his disposal such as the spring ability which allows Reid to access locations unreachable by mere mortals. Reid also won’t be able to enter a person’s premises without an invite, a play on the age-old myth about vampires. Much like Dontnod’s Life is Strange title there will be consequences for your actions. How deep this butterfly effect system will be remains to be seen.

There are many more games I could have listed here, however I settled for the five above, but please if you believe there is a title that is flying under the radar please let me know in the comments below, I’d love to hear about it.

In this article:Get Even, Sniper Ghost Warrior 3, The Surge, Vampyr, What Remains of Edith Finch