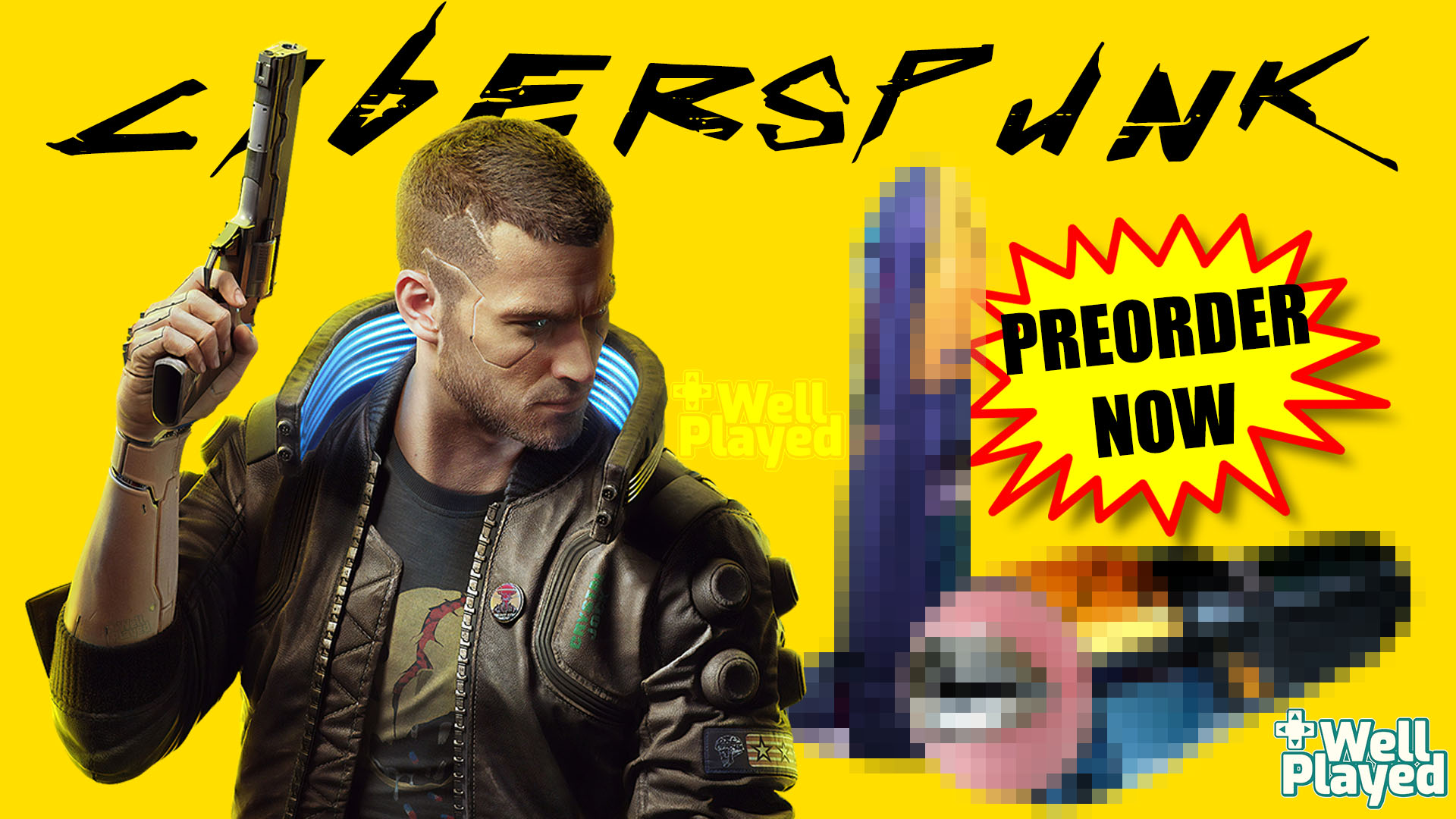 We know gamers across the globe are so keen for Cyberpunk 2077, a game that literally nobody outside of our studio has even played, that we’ve been bombarded by the same question over and over in the lead up to release.

Hey CD Projekt – how can we give you more money?

Well, gamers, you’re in luck. We’ve spent the last week showing off all of the awesome, limited edition Cyberpunk 2077 gear that you can pre-order right now at your favourite retailers, but today we reveal the one you’ve all been waiting for.

Because the only way to truly prove your Cyberpunk 2077 fandom, more than spending your hard-earned rent money on about-to-be-outdated console hardware is to literally fuck it. Now you can fuck Cyberpunk 2077 you fucking nerds.

PLUS! Gamers who pre-order the Cyberspunk range before 6/9 (nice) will get a bonus Cyberspunk plug and gag set so you can fill every orifice on your body with Cyberpunk 2077!

In case it needed to be said, this is not a real press release or product. Sadly.