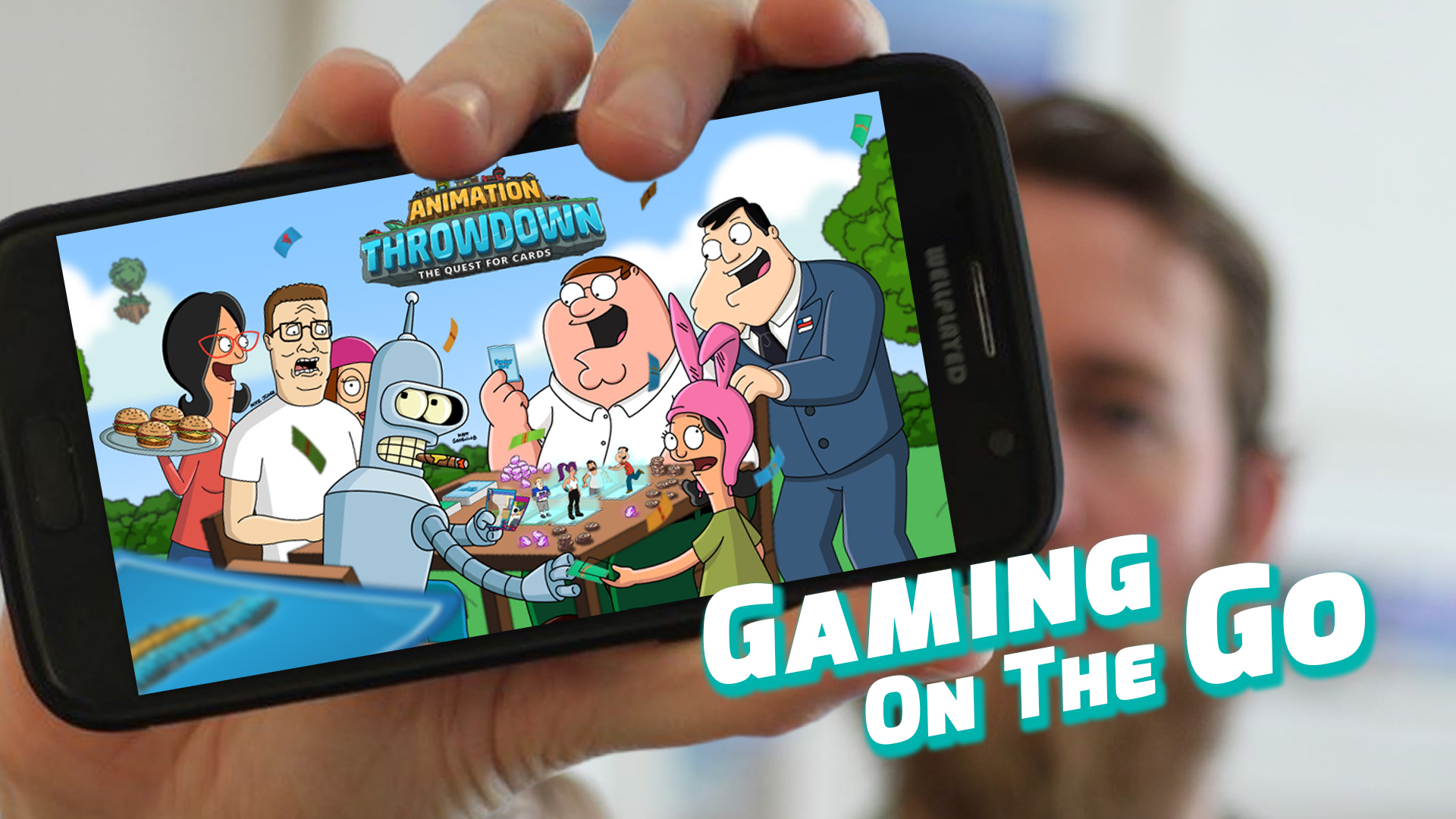 Ever since I was a wee boy, I’ve enjoyed trading card games. I was all the way around Pokémon, then Yu Gi Oh, then…well, that’s really my experience with trading card games but I love them, OK?! The smell of a pack of shiny new cards, the anticipation of getting something rare, something your deck desperately needs. There’s something about building a deck of cards to battle others, or even collect, that makes me super nostalgic. There are a whole bunch of trading card games on the play store and for the most part, they’re pretty terrible. Either too complicated, too P2W, the writing too small and a raft of other issues; I have never found one I really enjoy, until I started playing Animation Throwdown: The Quest For Cards.

Combining five of some of your favourite animations into a pure trading card game, AT gives you just enough of everything to keep you interested and more, if you so wish. DEVELOPER has taken Family Guy, Futurama, American Dad, King of the Hill and Bob’s Burgers and combined them to create the best damn TCG on a mobile device, in my humble opinion of course (I’ve always wondered if saying that was required in a review, which is, ultimately, one man’s opinion). The game itself is extremely simple, collect cards, battle said cards. There are two types, character and event cards and these can be combined to create a stronger character with a particular trait. There are five levels of rarity for cards from common to mythic and twelve different traits that cards can have. Some of these include Animal, Drunk, Addicted, Fighter and Armed. Each month a battle ground effect comes in giving a particular trait a buff and within the month there are a number of events you can take part in. Siege and Rumble require players to be in a guild, but the Arena, Adventure and challenges can be done without this requirement.

In-game currency consists of gems and coins, both of which can be used to purchase card packs, and giggywatts are used to upgrade the level of each card. Prior to being able to fuse cards there is research that must be undertaken, and this takes either 24 or 48 hours. AT is a really sweet game that will have you hooked in no time but will keep you playing for years (seriously, I’ve been playing for about three or four years now. The only gripe I would have is that card packs are rather expensive but the game does have an offer whereby downloading and playing new games can earn you gems. Seriously get around this game, you won’t regret it.

In this article:android, Animation Throwdown, gaming on the go, John Gray, mobile