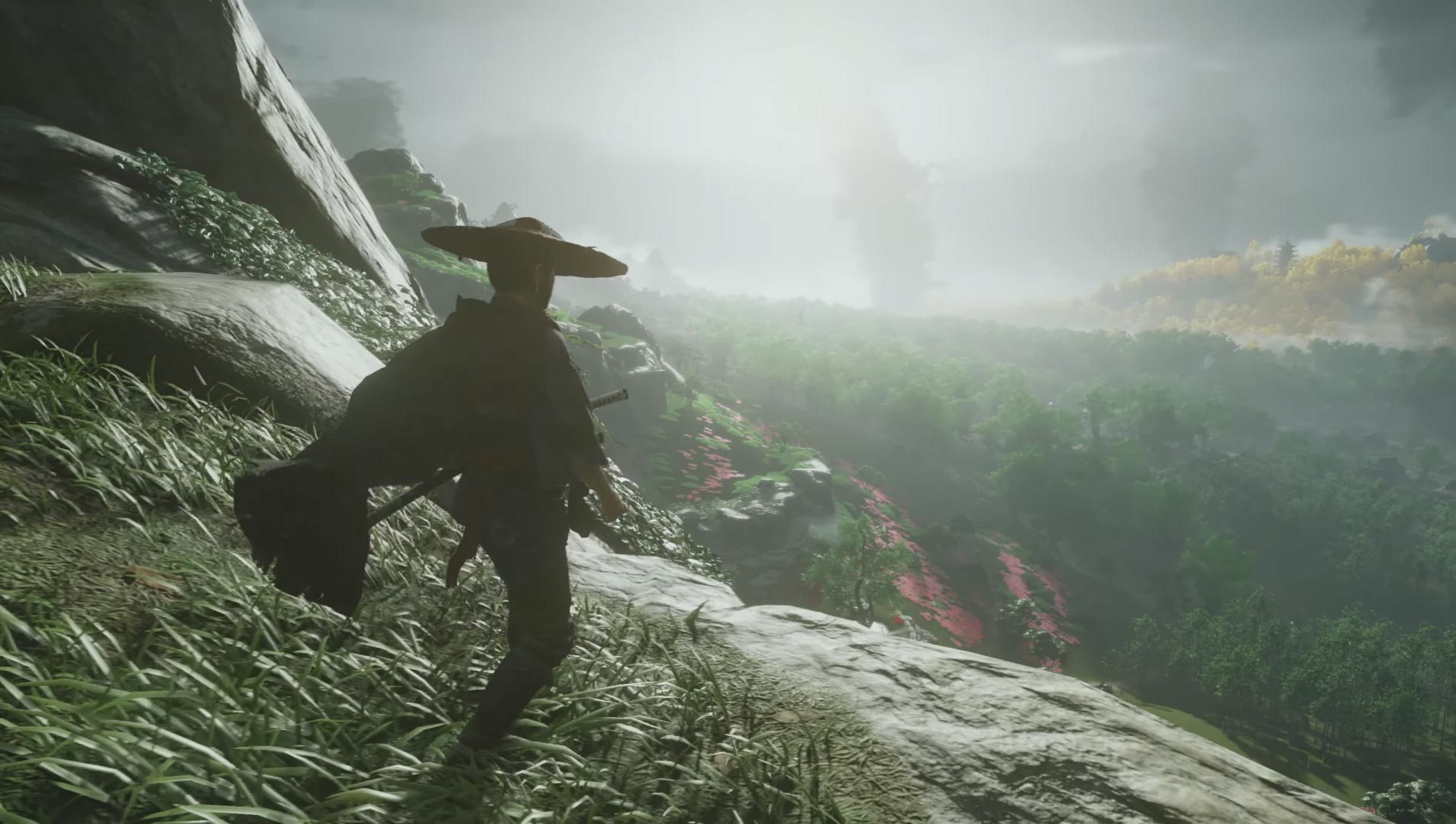 Early this morning there was State of Play (PlayStation’s answer to the Nintendo Direct model) which revolved entirely around the upcoming action game, Ghost of Tsushima. The gameplay for this new title was presented by Jason Connell, the Creative Director for Ghost of Tsushima. The presentation explored a few core components of Ghost:

Taking notes from games like 2017’s The Legend of Zelda: Breath of the Wild, Ghost of Tsushima is allowing the world to guide the player rather than markers themselves. Everything appears to be painstakingly crafted and intentionally placed, from the trees to the wildlife, the island of Tsushima takes the stage and Sucker Punch isn’t allowing anything to get in the way of that. In saying all this, there are still custom waypoints you can set and Sucker Punch has cleverly implemented environmental guiding through what they call “Guiding Wind.” Setting a custom waypoint will see the winds blowing in the direction of your desired destination,  the grass. the foliage, and even particles and loose leaves are always pointing to where you want to go, but the game never puts a marker on your screen which actively discourages exploration. Other environmental cues also exist, like brightly coloured animals that try to get your attention. This is where the most important revelation lies, you can pet the furry little foxes (instant GOTY).

The guiding wind can take you to all kinds of locations in the game, like this farmstead that has been taken over by the Mongols. It can also take you to your next big story moments or even help you find rare collectibles. – Jason Connell

Unsurprisingly, Ghost of Tsushima’s combat mechanics appears to be heavily based around the art of Japanese sword fighting. Swift movements, calculated strikes and deadly precision, Jin Sakai cares not for the Mongols who have invaded the island of Tsushima. You can either choose to play like your typical, honourable Samurai, who pays respect to those he defeats in battle…or you can be a dishonourable, stealthy type of player who uses everything to their advantage. These playstyles are wildly different, with the latter offering you the ability to harness fear as a weapon as well as your other available tools.

It wouldn’t be a game without some form of customisation, something to make your interpretation of Jin Sakai feel unique. You can pick up dye flowers all over the place and it is recommended to do so if you would like to try out different looks (#formoverfunction). Armour and clothing isn’t just for aesthetics, however, as it was explained that different armours give you various advantages depending on your playstyle.

The armour in this game actually gives you different mechanical advantages, it’s not just the way it looks. It helps accent your chosen  playstyle. – Jason Connell

Connell also detailed the skill customisation side of Ghost. In your time playing Ghost of Tsushima you’ll get Omomori Charms which grants specific perks and bonuses, both inside and outside of combat. In addition to this, you will still earn skill points to customise your character’s abilities with.

Sucker Punch has put in the work to include a very, very robust photo mode which allows character models to stand still while the world continues to move around them, allowing players to create nice gifs with a stationary character or to try and get the perfect shot with all the moving elements. You can change the focus/depth of field to make sure the subject of the photo is what you pay attention to and you can change the colour grading to give the photo a colder or warmer feel. Particles can also be changed, ranging from small, bright fireflies to elegant leaves flowing across the screen. The tools are given to you to great your own great moments and capture them, the rest is up to you.

Ghost of Tsushima is set to release on the PlayStation 4 family on consoles on July 17, 2020. There is currently a full 18 minutes of gameplay that you can watch should you feel like it.

Watch the gameplay video below

In this article:ghost of tsushima, PlayStation, state of play, Sucker Punch Productions