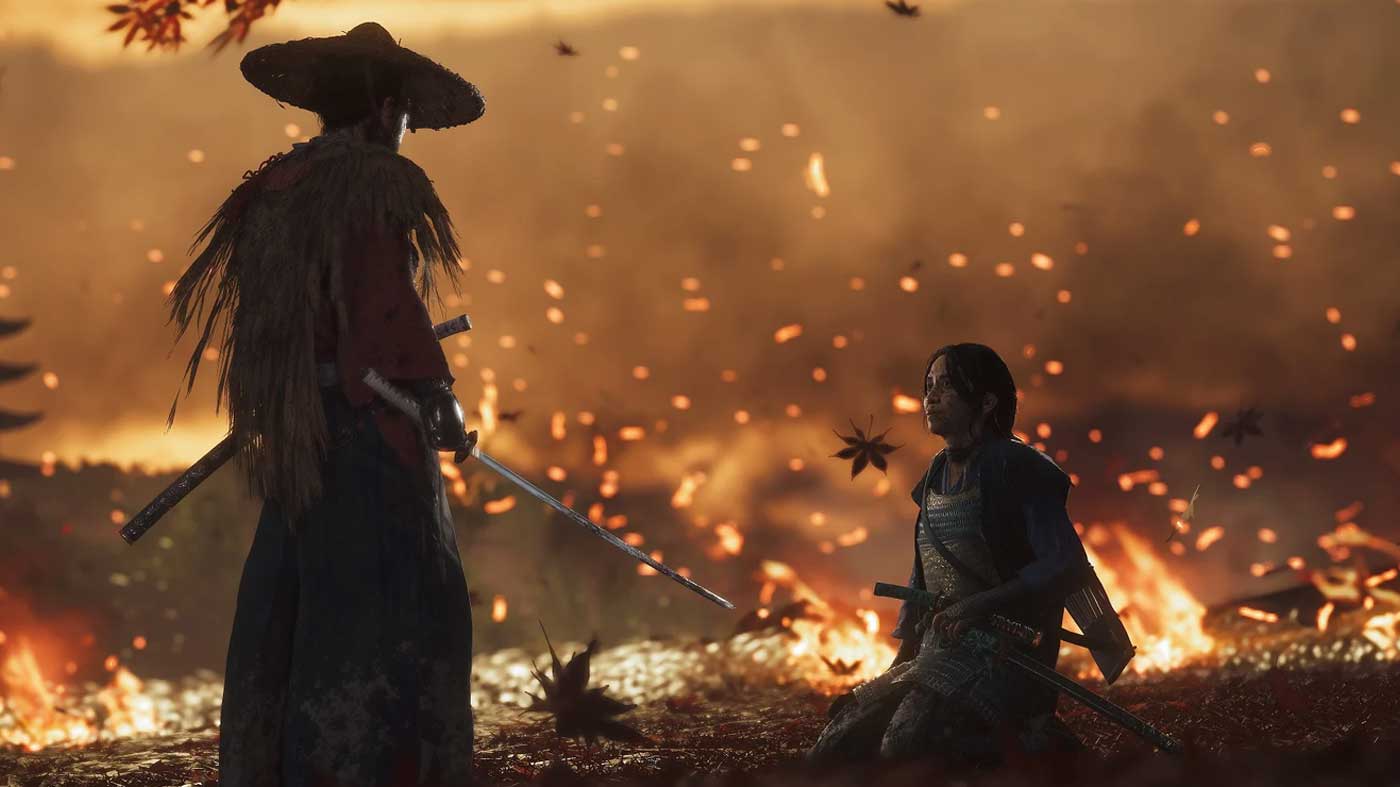 We’re under two months away from the release of Sucker Punch’s newest game, Ghost of Tsushima, a fact that makes me incredibly happy as it’s my most anticipated game for 2020.

As we inch closer to July 17, we’ve been given more and more information regarding this beautiful looking samurai action game, the most recent example being Sony’s latest State of Play that focused solely on GoT. This gave us an extensive look at gameplay, as well as a look at new systems, such as the waypoint-less wind guiding (that may not sound cool, but hot damn it is).

Thanks to a number of IGN interviews with Nate Fox (Game Director) and Jason Connell (Creative/Art Director), we now have even more details to sink our teeth into.

Moving away from the Karma System from the Infamous series, Sucker Punch has made the decision to exclude a morality system in Ghost of Tsushima, as they wanted the story to reflect the transformation that protagonist Jin Sakai must take in order to protect his home. Connell explains:

We thought about [a morality meter] because we had the karma system in [Infamous: Second Son], but we realized it was more important to us that we wanted to tell a human story of someone who is this way and has to evolve into something else, versus transform completely into something else…

Connell also explains that players will be able to flow between samurai and ghost gameplay on the fly and that there will be no specific modes for each playstyle:

We don’t make you choose between [samurai and Ghost].

When he’s a Ghost, he can turn around and play as a samurai because he’s always a samurai.

Fox even goes as far as to say that you’ll be able to stick to the samurai approach completely if that’s your thing:

You can succeed in the game by just playing as the samurai as well, if you want. A couple developers are doing this actually.

According to Fox, the game will be far from easy, with a few blows from your adversary’s sword putting you down for a dirt nap. The gameplay shown off during the recent State of Play was executed by someone who is obviously well versed in the game’s combat, but for the general player, the game will provide quite a challenge as Fox explains that “you can’t just run into a camp and fight 5 people at the same time, you will get overwhelmed and die”.

Briefly alluded to during the State of Play gameplay was duelling. Fox explains that theses one on one fights with expert swordsman will be incredibly hard and very cinematic:

Those fights are incredibly difficult and they’re driven from personality and get solved in the most cinematic way possible, which is also true to fantasy. You need to study your opponent and understand how they attack in order to win.

Map size is another talking point during IGN’s sit down with Nate Fox, as he explains that the map shown during State of Play was a small slice and that the entire playable area will be the biggest in Sucker Punch history:

The map we showed during the State of Play was VERY zoomed in, that was just a little portion of the starting area, the actual map is huge.

Clearly there is a lot to look forward to when it comes to Ghost of Tsushima (I’m still collecting myself aster seeing the wind) and no doubt there’s a lot more for players to discover than what’s been shown. If you haven’t watched the State of Play gameplay yet then please, do yourself a favour and give it a whirl:

Are these new details getting you keen? What did you think of the State of Play gameplay? Let us know.