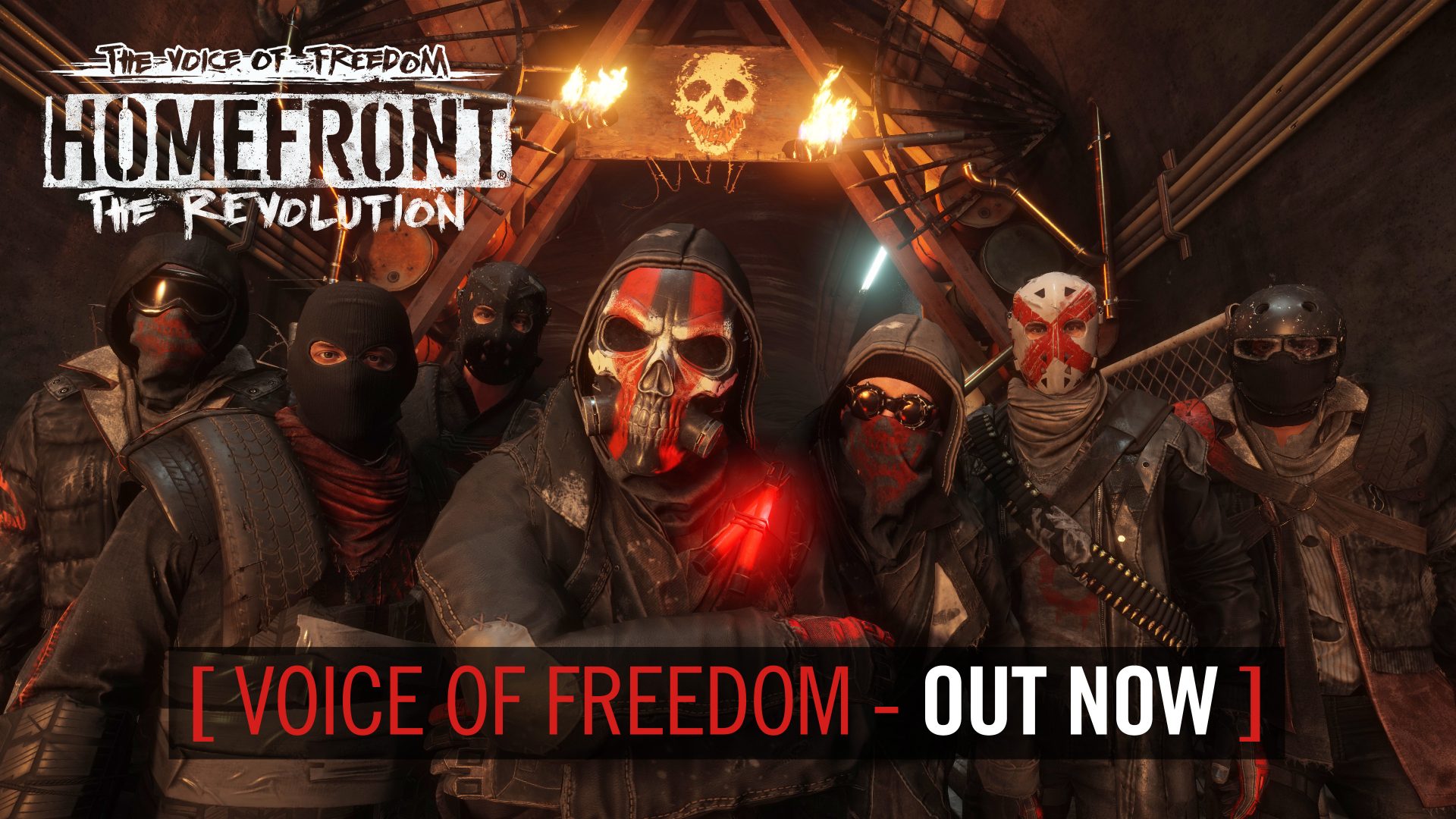 The first DLC for Homefront: The Revolution’s season pass is available now for PS4, Xbox One and PC (via Steam).

The DLC which is titled Voices of Freedom, will see players take the role of Benjamin Walker, the most wanted man in America.

If you fail all hope for freedom is surely lost…

– Play as Benjamin Walker and take part in a dangerous mission to enter Philadelphia under cover of darkness
– Meet up with Jack Parish’s Resistance Cell before the events of Homefront: The Revolution.
– Encounter a new, dangerous faction in the subways of Philadelphia – the notorious street gang, the “90”.

The Voice of Freedom is free to all holders of the Homefront Expansion Pass, and available to purchase separately.