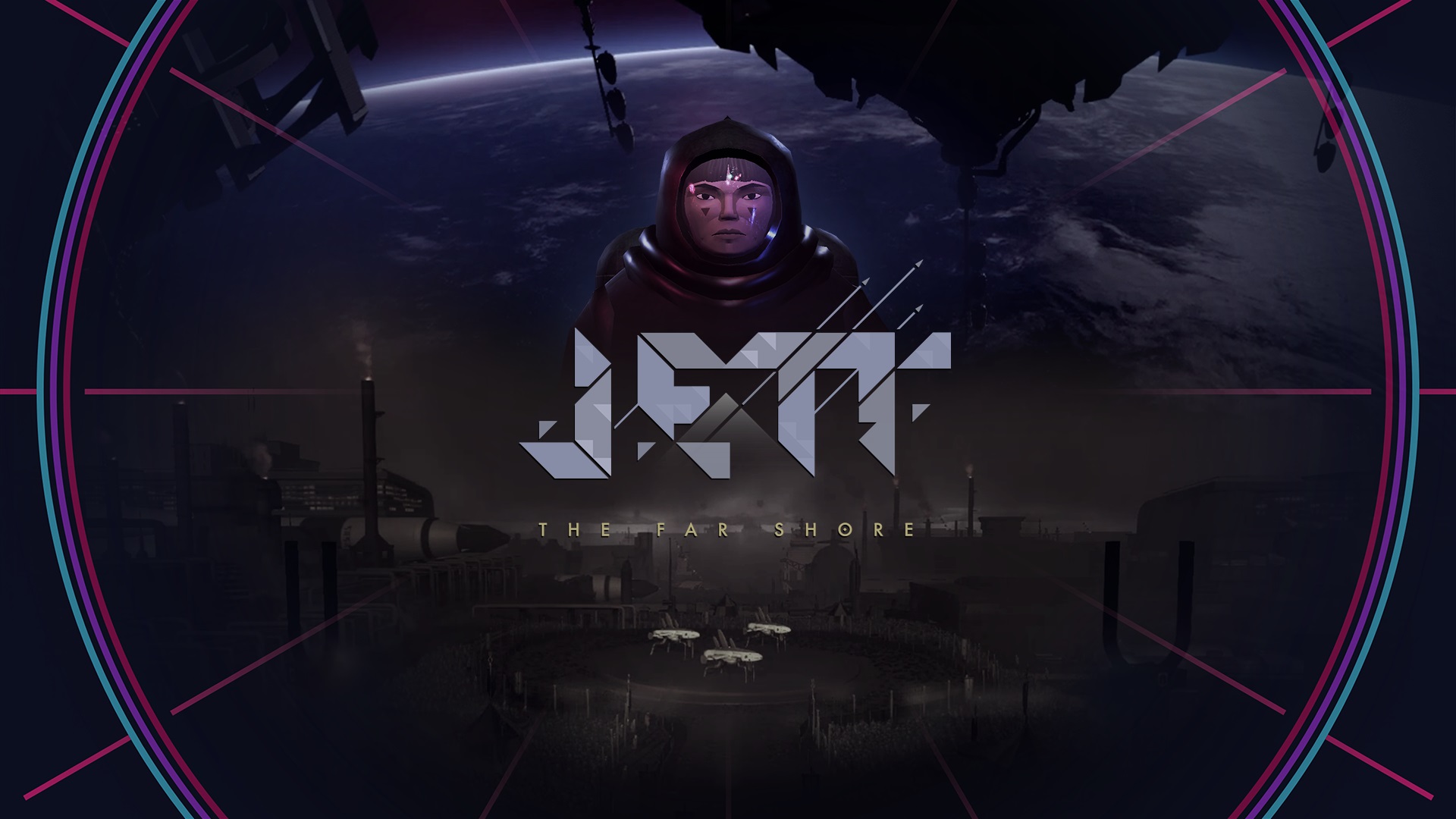 It’s always a shame when a promising-looking indie title doesn’t quite pan out the way you’d hope. Especially so when the developer pedigree, concept and gameplay ingredients all point to a fresh and exciting experience. JETT: The Far Shore could have been great, and I wanted so bad for it to go down as one of the more memorable and unique indie titles of the year, but instead I’m forced to bring out the red sharpie and underline the ways in which it’s panned out to be one of the most disappointing.

Let’s start with the good though, and there is a lot of good in JETT. Notably, it’s got the creative chops of Superbrothers (Sword & Sworcery EP) behind it, meaning there’s a wealth of creativity and artistry on display here. The premise, which sees players take on the role of an interstellar scout named Mei on a pilgrimage to follow a mysterious signal called the Hymnwave and find their people a new home among the stars, is immediately enthralling. The game ponders on some genuinely interesting ideas about the intersection of science and religion and about personal experience against critical thought, and although those thoughts are lost in the noise of its egregious wordiness and need to have the intellectual high ground, it’ll no doubt spark some interesting philosophical debate in its fallout.

JETT: The Far Shore also has some genuinely neat ideas about narrative and gameplay structure. Your time in the game is broken up between third-person planetary exploration in the titular jett vehicles and first-person narrative sequences where you’ll converse with other members of the expedition and experience a slice of life inside of the Ground Control facility. It’s quite novel, seeing the journey from two very different perspectives, one intimate and immediate and the other vast and arresting.

Aesthetically the game pulls cues from the same muted colour palette and shamanistic designs of Sword & Sworcery EP and combines them with hard sci-fi elements in a fully-3D space. It works incredibly well up close, especially when you’re skimming across the rolling seas inbetween land masses. It’s all backed by American composer scntfc’s gorgeous score, creating an intoxicating soundscape of sweeping synths and otherworldly growls.

The things you do during scouting missions on your potential new home planets are exciting in concept – thrashing over foreign landscapes, discovering alien flora and fauna, bounding across canopies and running from colossal, god-like creatures. In practice though, its constant interruptions, clumsy controls, and an incomprehensible visual presentation ensure that every moment is more frustrating than fascinating. Jetting around at full speed can be a thrill, but results in the camera pulling back so far that your ride becomes all but invisible. In fact, you’ll spend most of your flight time being told how many cool things you’re discovering and never seeing a single one of them because they’re no more than a pixel or two in your enormous field of view.

As a combination of survival immersive sim and chill exploration, JETT struggles to capitalise on either due to the aforementioned poor visibility and controls that seem to constantly work against you. With almost no player agency in the critical mission path (there is plenty of opportunity to wander should you desire) the entire game becomes a rote sequence of ‘go here, do this’ where the going and the doing are both far more difficult and tedious than they should be. There’s a sandbox nature to your interactions with alien plant and animal species that’s never fully realised because the desire to just get it all done with and see the far more interesting first-person narrative bits is much stronger than any inclination towards spending extra time out on the planet’s surface.

The Far Shore is also rife with distracting technical issues, which is doubly disappointing to see when playing it on the PlayStation 5. In the entire time I played it felt as though the game was constantly struggling to stick to a solid framerate, lurching and lagging to an uncomfortable degree in both third and first-person sequences. Even for those that find the actual game content more agreeable than I have, the performance on console is going to be a huge sore point.

JETT: The Far Shore has all the right ingredients for a cult indie success, but it fails to brew them together into an effective concoction. It’s rough, and constantly gets in the way of itself in trying to deliver innovative and evocative content. If you can overlook its issues there are nuggets of a genuine classic to be found, but they’re far too buried to readily recommend a purchase as of right now. 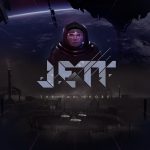 JETT: The Far Shore Review
Lost In Space
JETT: The Far Shore has moments of brilliance, but they're buried under an overload of mechanics that aren't enjoyable and a general lack of polish. Similarly any philosophical value in its narrative ideas is ruined by needlessly obfuscated dialogue. There's something to be discovered here, but it's just not worth the trip.
The Good
Narrative offers and interesting take on science and religion
First-person sequences are visually compelling
Beautiful sci-fi soundtrack by scntfc
The Bad
Dialogue is lost in pseudo-intellectualising
Horrible performance even on PS5
Controls and camera in flight are woeful
Main objectives lack agency or spectacle
5.5
Glass Half Full

JETT: The Far Shore Review
Lost In Space
JETT: The Far Shore has moments of brilliance, but they're buried under an overload of mechanics that aren't enjoyable and a general lack of polish. Similarly any philosophical value in its narrative ideas is ruined by needlessly obfuscated dialogue. There's something to be discovered here, but it's just not worth the trip.
The Good
Narrative offers and interesting take on science and religion
First-person sequences are visually compelling
Beautiful sci-fi soundtrack by scntfc
The Bad
Dialogue is lost in pseudo-intellectualising
Horrible performance even on PS5
Controls and camera in flight are woeful
Main objectives lack agency or spectacle
5.5
Glass Half Full
In this article:indie, jett, jett the far shore, kieron verbrugge, pc, ps4, PS5, review, Sim, superbrothers, wellplayed