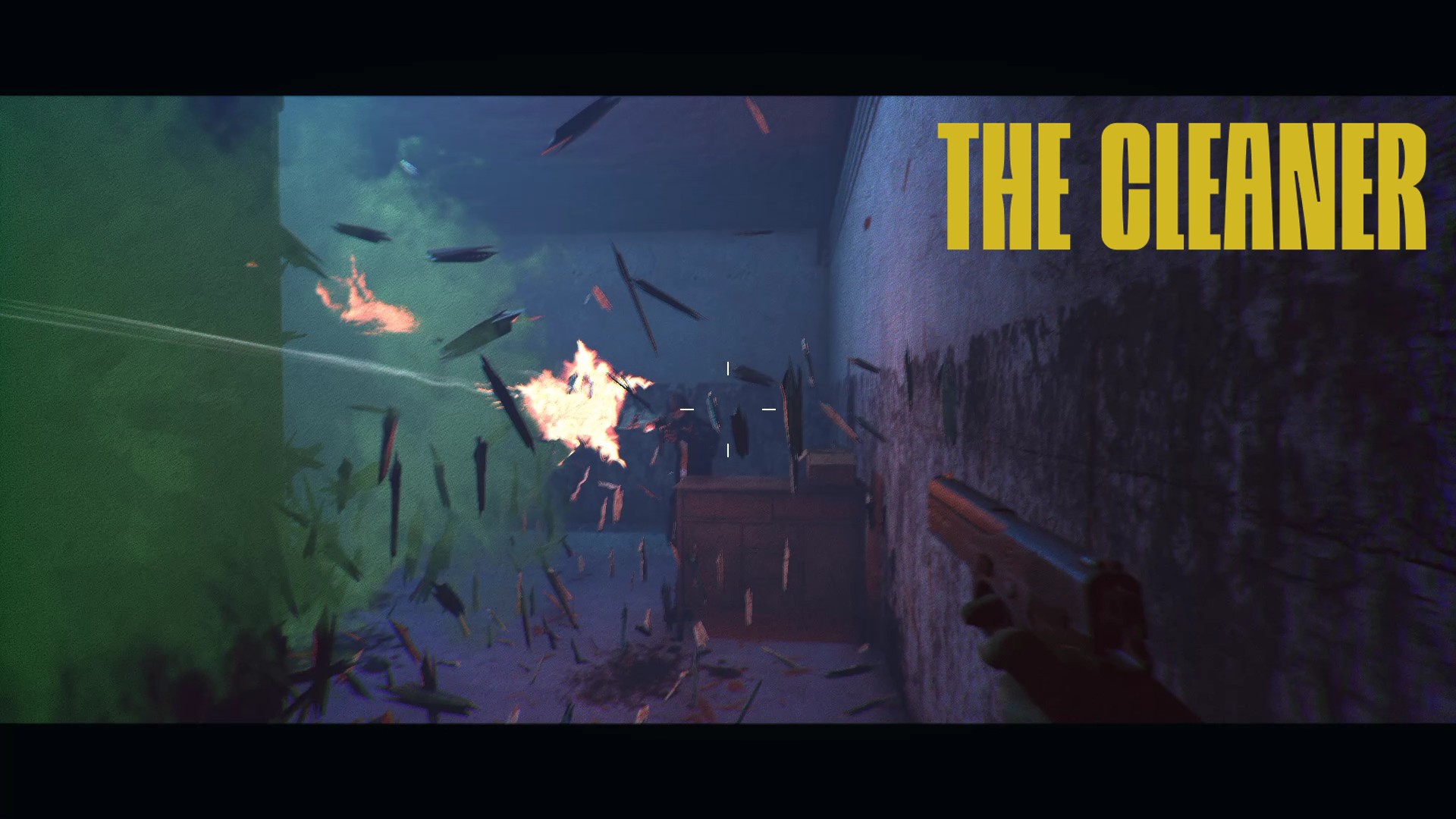 Solo developer Dystopia Corp is debuting their first title The Cleaner in early 2022. Fans of bullet-time and single hit ‘die & retry’ shooters look to be in for a treat as the new year rolls forth.

Sitting in the centre of a high-octane Venn diagram between Superhot, John Wick, and Hotline Miami, The Cleaner is a first-person shooter featuring weapon juggling and the ability to slow down time for enemies. Like Superhot, players will be tossing away their empty guns in favour of snatching the firearms of your too-slow foes while weaving between their bullets.

Light on plot but heavy on style, players embark on a vigilante killing spree to unroot and obliterate a child trafficking ring. Catch a stray shell during a bullet ballet while cleaning out a hallway full of misplaced thugs? You died, try again.

While moving through levels delivering a hailstorm of gunfire, environments cinematically erupt with debris, blood, and flying furniture. Levels will feature elements of destruction that can be used to line up over-the-top kills, allowing for moments of carnage that is sure to capture the attention of anyone who loved the bank scene from The Matrix. Or pretty much any moment of chaos from John Wick.

Check out the adrenaline-fuelled trailer below.

With a current drought of bullet-time shooters on the horizon, will The Cleaner make your early 2022 wishlist? Let us know in the comments or on social media.