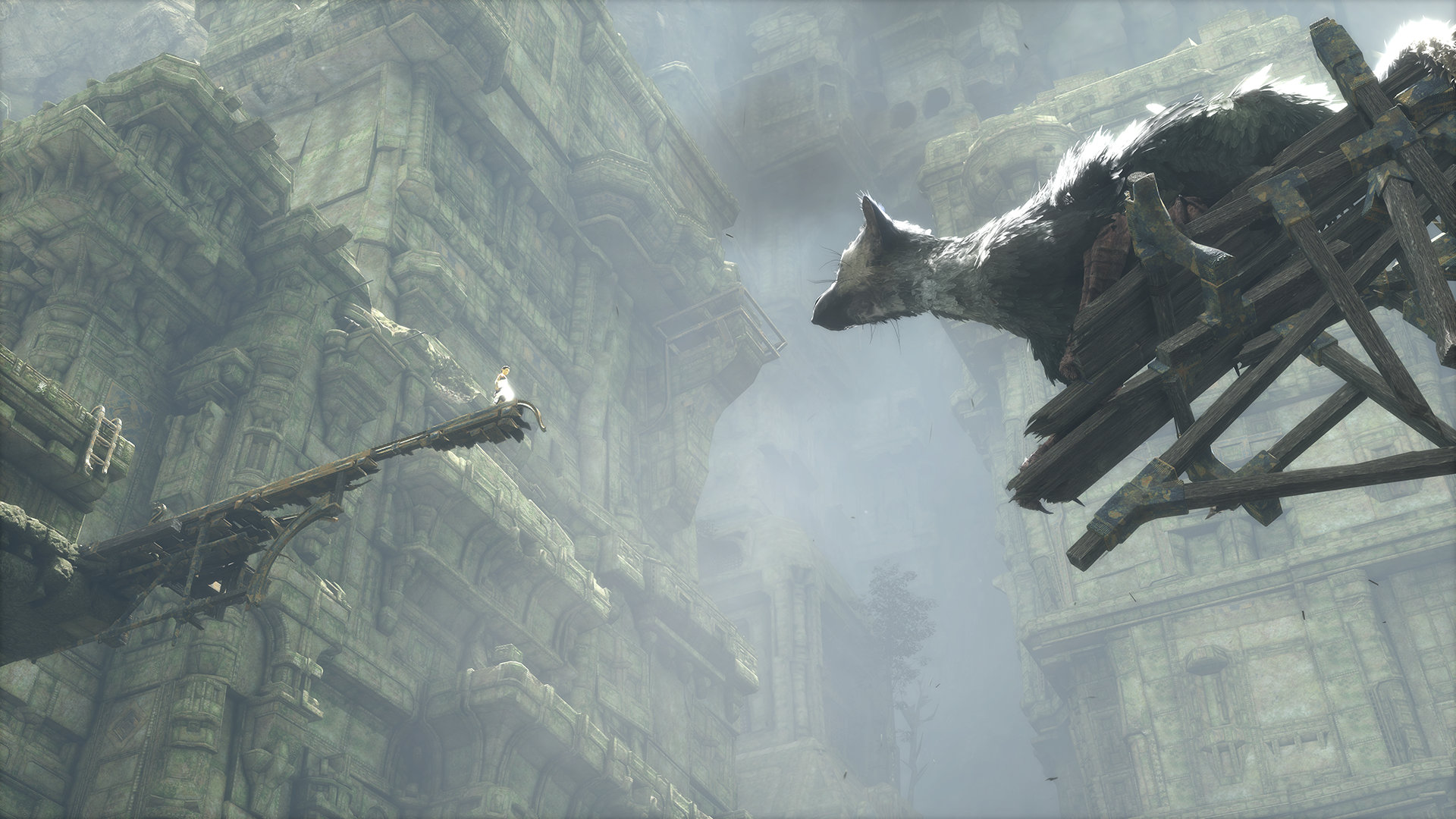 So in a little under a week Sony’s PlayStation 4 exclusive title, The Last Guardian, finally releases. I say finally because, if you’re unaware, the game has been in development since… well… forever. But seriously, the game has been in development since 2007, while the idea of the game has been around since 2005. That’s a bloody long time. The game’s working title back then was Project Trico, probably named after the bird-dog-thing you travel with in the game; but we’ll get into that later. The team behind this massive title is genDESIGN (formerly Team Ico), the people who made Ico and Shadow of the Colossus. By 2009 the game had apparently been developed enough for a showcase at E3 2009. Following this, Team Ico provided a short demo for the press to try out at GDC 2011. Fumito Udea, the director of Ico, Shadow of the Colossus and The Last Guardian, had considered placing this demo within the Ico & Shadow of the Colossus Remaster for the PlayStation 3, but evidently it was not included. Development was also halted in this year due to Ueda’s departure from Sony, not to mention a large portion of Team Ico. Fast forward another year to 2012 and you have Sony preparing to announce their new console, the PlayStation 4. However, The Last Guardian was still nowhere near completion, so the decision was made to change the focus of the game from the PlayStation 3 to the PlayStation 4. While this obviously came with some setbacks, this also made it easier to achieve Ueda’s dream for this project. Personally, I think it’s great to see a director and developer take such pride in their work and put so much passion into it. But I digress. From this point, a lot of Team Ico didn’t work on the game as the work to take the code from the PlayStation 3 to the PlayStation 4 was outsourced to other teams; this also included the lead architect for the PlayStation 4, Mark Cerny.

In 2013, Ueda and some other former members of Team Ico reunited and created a new studio, genDESIGN. At this point Ueda was faced with a tough decision – does he start on an entirely new project or continue support for The Last Guardian? Thankfully he chose The Last Guardian. Fast forward again to 2014 and IGN publishes an article titled ‘The Last Guardian Cancelled’. As you can imagine, I was distraught at the sight of this news, but it didn’t take long for people within Sony to say that this was completely false, which reignited my hopes and dreams. Fast forward another year and we see reintroduction of the game at E3 2015 for the PlayStation 4 with a small gameplay trailer/demo, which showcased the gorgeous visuals and puzzle-platformer style gameplay. The demo ultimately ends with Trico, aka bird-dog-thing, rescuing the boy from a fall into the depths below. This reintroduction was announced by Shawn Layden, while also confirming the game for a 2016 release window. Sony also came out and assured fans that Ueda was still spearheading the development of the game. Then we reach E3 2016, Sony are having a killer conference and bam, there’s The Last Guardian in all its glory followed by the date October 25 2016; jorts simply weren’t made for this level of excitement. Thankfully I also managed to procure a preorder for the collector’s edition of the game, so bird-dog-thing statue you will be mine! Fast forward one more time to September 12 2016 and Sony release a post on their blog titled: ‘An Update on The Last Guardian’. This was really the first news we had heard about it since E3 and it wasn’t the best for my delicate little heart. In this post, Shuhei Yoshida announced that the game would be delayed from October 25 to December 7 (6 for the US).

Let’s be real, the delay wasn’t all that surprising. Doesn’t mean it didn’t hurt.

Sad, I know. But this also allows for the game to be as polished and bug-free as possible, so in the end it’s *hopefully* worth it. So finally we come to now, just a few days from release and myself having given up on wearing jorts for the time being until the game’s release… and perhaps a little while after that too. Hopefully I’ll be able to put my jorts back on before Christmas or I will certainly look out of place at the DYEGB Christmas party.

The director, Fumito Ueda, partially based the concept of The Last Guardian off of the emotional interaction between Wonder and Agro in Shadow of the Colossus – aka the boy and his horse. This is undoubtedly where the idea of the boy and Trico originated from and based off of the E3 trailer shown last year, the bond between man and bird-dog-thing is a force to be reckoned with. Aside from this, I personally don’t know too much as I have refrained from watching any trailers. This was my choice and I have found it helps me not get overhyped and allows me to get maximum enjoyment out of games. I did it with ReCore (which I thoroughly enjoyed despite its shortcomings) I am Setsuna and Gears of War 4.

I do truly hope the game is worth the wait and while a lot of people will happily tell me it’ll be a flop, I shall choose to ignore them. The proof of the pudding is in the eating.