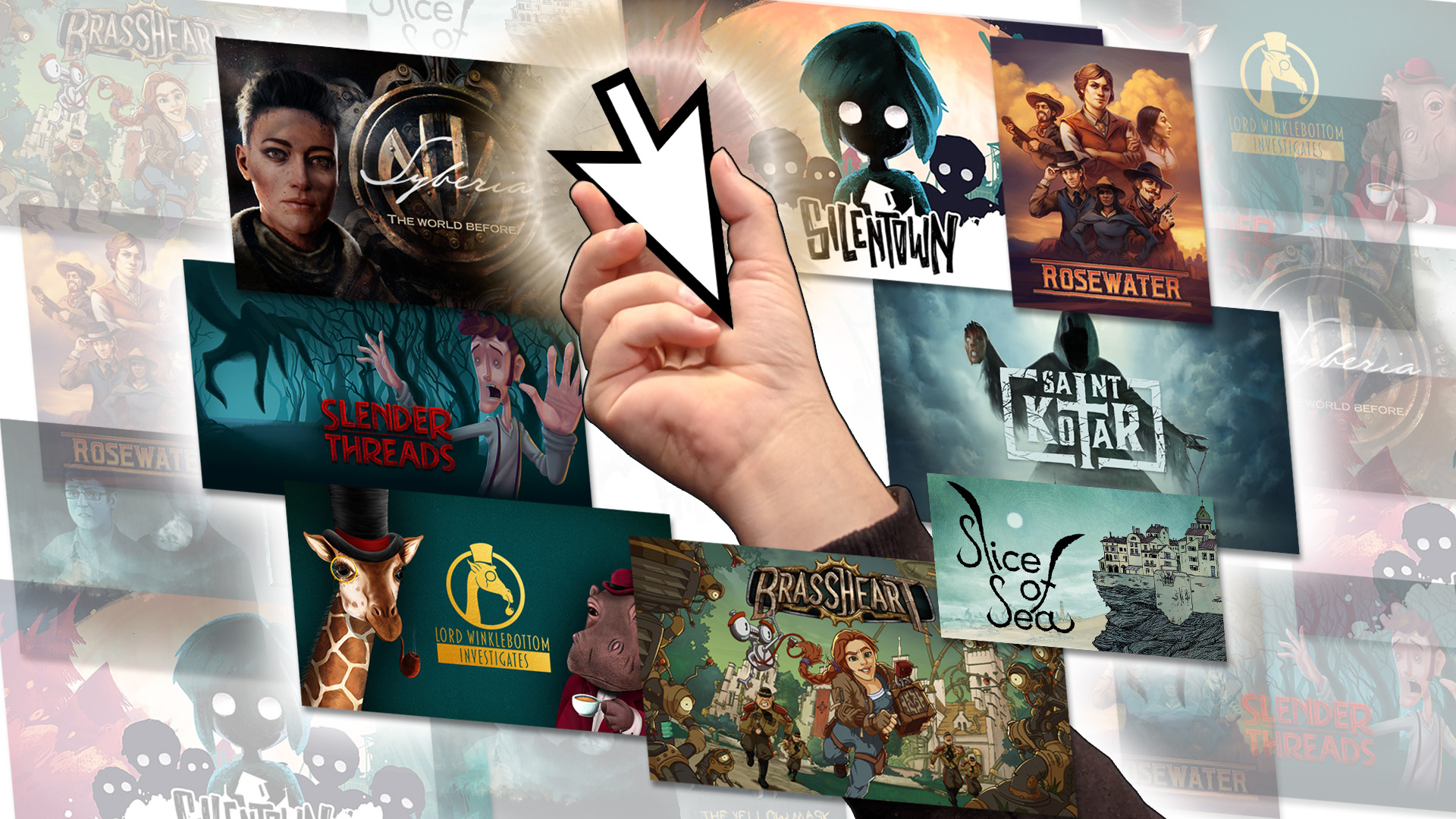 A lot has changed since I first started gaming back in the 90s. Budgets are bigger, games are longer, and the good old days where prominent companies would fund point-and-click adventure games, like The Secret of Monkey Island or Broken Sword are gone. Instead that task has been bestowed upon the myriad of indie studios who continue to see a future for the genre, and every year there are handfuls of cracking point-and-click games that offer up immersive and quality adventures. As a big lover of point-and-click games, I’ve perused the upcoming section of digital storefronts to bring you nine adventures that you need to keep an eye on in 2021 if, like me, you like the finer things in life.

Brassheart was meant to release last year, but like many developers, Hexy Studio suffered at the hands of the COVID-19 pandemic. The studio has gone dark recently regarding the status of Brassheart but they did tell me that they hope to complete work on it at some point. The story of Brassheart is set in an alternate 1920s dieselpunk universe where a young pilot named Pola Zagórska is tasked with saving her old man’s life after he was kidnapped by his own inventions. It’s got great looking art and a world I want to explore. Here’s hoping the project revives in 2021.

I’m not sure about you, but a point-and-click, side-scrolling, beat ’em up hybrid with Saturday morning cartoon-style visuals sounds amazing, and thankfully COWCAT is here to deliver the goods with Brok the Investigator. I have no idea how this game slipped past me last year, but I tell you what, I am all over it now. It looks like the Teenage Mutant Ninja Turtles of yore, and with a setting that sees humans replaced by animals, with your character, an alligator private detective, how could you not be excited?

Children of Silentown is a dark adventure set in a village deep within a forest inhabited by monsters where people often disappear. During the day life is peaceful, but at night the monsters’ harrowing noises terrify the children of the village. Lucy, a young girl who is afraid of the forest, has decided that she is old enough to investigate the disappearances. It’s backed by a creepy hand-drawn art style and a unique musical hook where singing will help Lucy when in need.

Imagine Sherlock Holmes, but instead of two humans, Sherlock is a giraffe and Watson is a hippopotamus. That’s Lord Winklebottom Investigates, a murder mystery set in the 1920s inspired by Sir Arthur Conan Doyal’s sleuth and Agatha Christie. Having played the game’s demo last year, I got a taste of what Cave Monsters are cooking and I dig it. It’s got an art style that reminds me of a Graeme Base children’s book, and the writing captures the class of the English perfectly. Definitely one to watch out for.

A western adventure where you play as Harley Leger, a freelance writer who arrives in Rosewater to write a puff piece on a local personality. By happenstance, the interview leads to Leger investigating the disappearance of a wealthy man and his fortune and a quest for fame and glory. It’s set in the same universe as developer’s Grundislav Games’ previous game Lamplight City, and the devs promise random encounters on your journey that will differ depending on your choices and resources, as well as multiple solutions to most of the situations.

Saint Kotar is a psychological horror adventure set in a rural Croatian town. I’ve always loved horror games and point-and-click games, so of course I am going to get behind it, which is why I backed the game’s Kickstarter. I played through the game’s demo last year and while it started off pretty slow, once the story got going I was hooked. It’s got an incredibly unsettling art style, with an intriguing cast of characters and a soundtrack that subtly enhances the moment you are in. I’m keen to go hands-on with the full release later this year.

Slender Threads had me hooked from the moment I watched the trailer thanks to its captivating and unnerving aesthetic. You play as travelling book salesman Harvey Green, who is also trying to write his own novel. After stopping in the town of Villa Ventana, Harvey starts to experience vivid dreams and crazy occurrences. It kickstarts an investigation into finding the source of the town’s dark and chilling influence. From the brief snippets we’ve seen, it looks like it’s heavily inspired by the likes of The Curse of Monkey Island. Let’s hope it’s just as good.

From the super-talented Mateusz Skutnik comes Slice of Sea, a game where you play as Seaweed, a character having a bad day from Skutnik’s previous Daymare Town games. Slice of Sea is backed by incredible hand-drawn artwork and honestly just looks like a ton of fun.

Syberia: The World Before

While Syberia is one of the genre’s more prominent series thanks to its incredibly crafted world, there’s no denying that 2017’s Syberia 3 was a disappointing return for Kate Walker after more than 13 years in the wilderness. As a result, there’s a bit of pressure on creator Benoît Sokal and developers Microids and Koalalabs to deliver a return to form with Syberia: The World Before. Part of the game’s story takes place after the events of Syberia 3 (2014), but it also introduces a new character, Dana Roze, in a new timeline (1947). Players will play as both characters and will need to solve complex puzzles and riddles to solve mysteries that have “remained buried for too long”. If you want a taste of what’s to come you can play the game’s prologue for free on Steam.

Hopefully one or two (or all of them) of these titles have caught your eye. Point-and-clicks may no longer be a glamour genre, but it’s still well and truly alive thanks to some talented minds. Let us know if you’re a fan of point-and-clicks and what games you recommend in the comments or on social media.