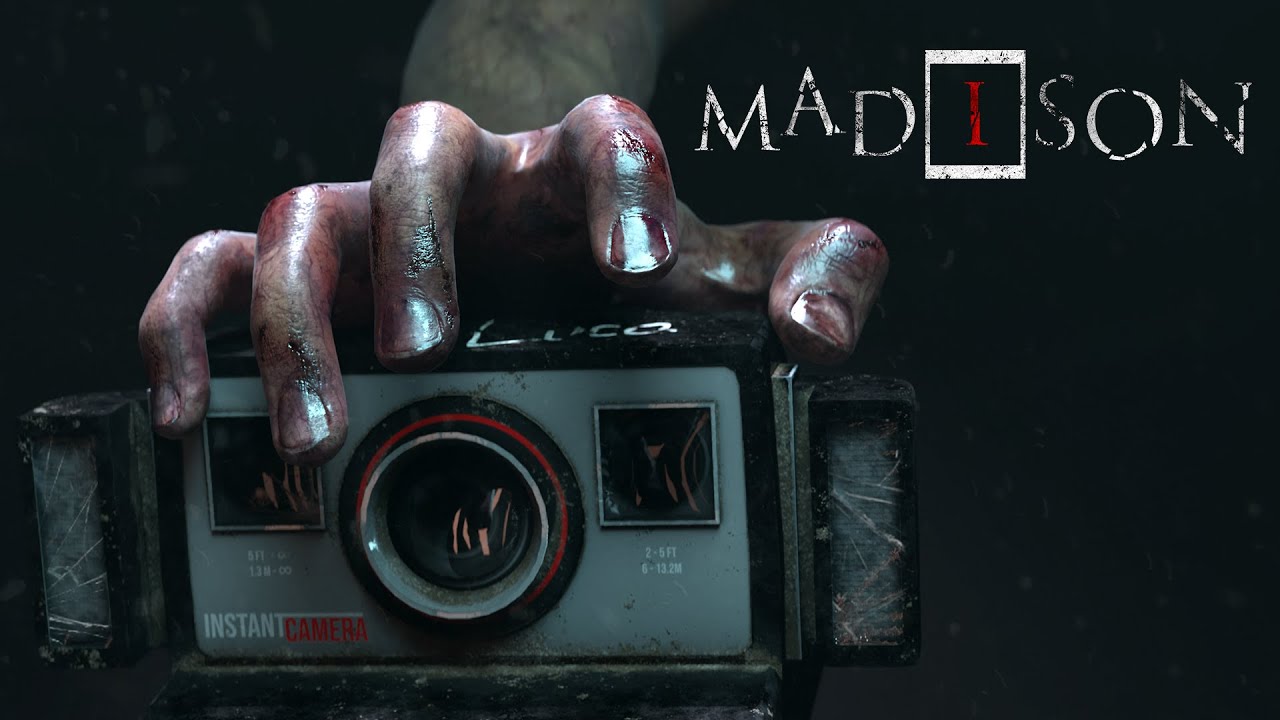 In the wake of P.T., we saw a huge influx of first-person psychological horror set in spooky suburban houses. Some came and went, feeling like little more than an imitation, but others, like Visage, took the framework and ran with it, creating something that feels familiar, yet unique. The debut title for developers Bloodious Games, MADiSON is one such psychological horror with clear P.T. inspiration that’s looking to stand out in a now overcrowded genre. So, does this spooky snapshot shake out, or does the photo come out blurry?

You play as Luca, a young man who wakes up in a dimly-lit part of his grandfather’s house, covered in blood and very confused (the start to any great night). Clutching onto photos of severed limbs and being yelled at by his father, it’s apparent that Luca is in some trouble, but the severity of that trouble becomes clear once you start exploring the house.

The story that unfolds throughout the game is intriguing if a bit muddled at points. The titular Madison is a menacing murderer that committed horrible deeds in the 1980s, with her presence being tied to Luca by an instant camera he receives for his birthday. As the story unfolds through notes, voice recordings and Luca’s own voice-acted words, the intrigue grows, building to an ending that some will like and others will lambast. Ultimately, the grim tale of demonic possession and generational family trauma is an engaging one, and I wanted to see Luca’s story through to its bitter end.

To progress, you’ll need to complete unnerving puzzles that range from clever to straight-up annoying. The best puzzles involve manipulating the unseen by snapping a photo with the aforementioned instant camera to uncover the true nature of what’s around you. There’s an admirable amount of variety on offer when it comes to MADiSON’s puzzles, with a few standouts in the mix that genuinely impressed me. The clear frontrunner has you trapped in a church, moving between three different times in the structure’s history by photographing plaques to gather the information required to escape.

The downside to MADiSON’s puzzles is that they can be very, very tedious. Though some of the headscratchers give you that excellent a-ha moment, the majority can be derailed by simply walking past a small, yet pivotal item or not doing things in a specific order. Other sections almost feel random, having you wander around aimlessly until a scripted event pulls you forward.

Hmm, I don’t think these crosses are enough to protect me

Many of the puzzles have you doing a lot of backtracking as it is, but this is made infinitely worse by implementing a truly unnecessary inventory limit. Luca can only carry eight items at any given time, with his camera, photos and notebook being immoveable. The rest of the key items that you’ll find will need to be swapped and changed at a safe. Inventory management has a place in horror, for sure, but it only works when it adds jeopardy to the experience. It doesn’t add anything here, it just causes rage when you need the crowbar to pull up some floorboards, only to realise that you left it in the safe, forcing you to run (read: slowly shuffle) through the house to retrieve it. Not only does it rob you of the fear you’re chasing in horror games, but it feels like an unsubtle way to artificially lengthen the 5–6-hour runtime.

Similar to the puzzles, the scares within MADiSON can be a bit of a mixed bag. All of the various locations are eerie and feel sinister, with great lighting effects and level design creating an atmosphere that has you second-guessing each step you take. Ratcheting up the tension is the impressive sound design, with ambient sounds of footsteps, doors creaking and lightning crackling keeping you on edge. I was wide-eyed and worried the most when the game was threatening me with a scare more so than when the scares appeared. Save for a terrifying teleporting statue that’s genuinely disturbing, most of the spooks are jump scares, which will either excite or annoy you depending on your preference.

Hold on, I’m sure the statue was right there…

At certain points during the game, you’ll come face to grizzly face with beings that had enough of moving objects around to scare you and have decided to take a more direct approach. Actively hunting you while you attempt to navigate a maze or complete a puzzle, the monsters will appear from thin air and, if you’re unlucky, send you to an early grave. While the first encounter is often startling, I found myself unfazed after a few sightings of these wandering enemies, mainly because there doesn’t seem to be a rhyme or reason for their attacks. That’s not to say the ghouls aren’t disturbing though, because the visual design of all of the monsters is commendably uncomfortable. I will say, there are several jump scares that involve the camera that are super effective and, if you’re anything like me, will have you lifting your arse a few centimetres from your couch.

With an interesting core mechanic and a palpable sense of dread throughout, MADiSON has a lot going for it. The tense setting, interesting story and threatening monsters further add to the experience, but a number of unfortunate drawbacks keep it from being a great horror game. The constant backtracking strips certain moments or any terror and the utterly needless inventory system only looks to make that worse. While some land, many of the puzzles are obtuse or random, causing frustration instead of fear. Although I largely enjoyed my time with MADiSON, I did leave the murder house wishing for more. 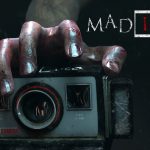