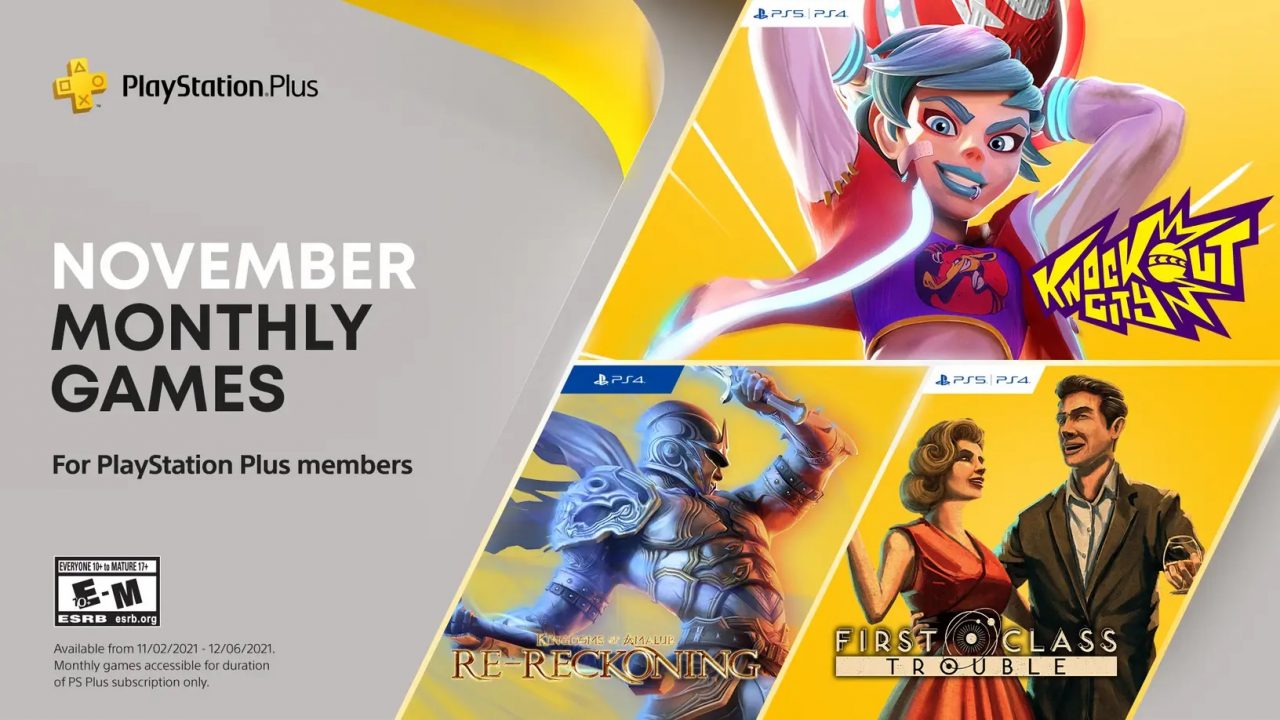 The spooky season is beginning to wrap up, meaning October’s PlayStation Plus games are set to say goodbye. Halloween month saw Hell Let Loose, Mortal Kombat X and PGA 2K21 hit the subscription service, making for a fun combination of genres. Being announced on the PlayStation Blog, we now know that November’s PS Plus line-up will feature Knockout City, Kingdoms of Amalur: Re-Reckoning and First Class Trouble, available from November 2. Better still, three PSVR games are also included this month, giving Plus members access to The Persistence (PSVR), The Walking Dead: Saints & Sinners and Until You Fall starting November 2 as well.

Dodge, duck, dip, dive and dodge. Knockout City is a fast-paced multiplayer action game that pits teams against each other and asks them to pelt balls at each other for points. With power-ups scattered throughout the map, heaps of customisation options and a surprisingly deep combat system, Knockout City will have you blasting opponents and dodging incoming balls to your heart’s content.

Social deduction party game First Class Trouble has you and five other players wandering through a luxury space cruiser, completing tasks and generally having a good time. But wait, one of you is a rogue AI known as a Personoid, determined to kill the rest of the Residents. You’ll need to put your detective hat on and sniff out the traitor before it’s too late. Or, if you’re the Personoid, waste no time and get to the betrayal.

With two multiplayer-focused titles so far, a good old RPG is needed to break things up. Luckily, Kingdoms of Amalur: Re-Reckoning is just that. Originally released on PS3, this high fantasy action game features great combat and a solid amount of player choice, though it still has some rough edges from the older generation (we gave it a 7.5). Played it before? Never heard of it? Either way, if you’re an RPG fan it’s one worth jumping into.

What’s scarier than being trapped on board a deep space starship that’s been overtaken by mutated crew members? Experiencing all of that in VR. The Persistence is a spooky game in its own right, but trying to survive and escape as Zimri Eder up close and personal makes for a pant-ruining playthrough.

Whether you prefer Daryl or Rick,  fans likely wonder what it would be like to inhabit the world of The Walking Dead. Saints & Sinners has you coming face to rotting face with shambling zombies as you attempt to survive against all odds. Use a number of weapons to dispatch the dead and try and stay alive.

How would think that high fantasy and synthwave would make for such a great combo? Until You Fall has you getting into a suit of armour to go sword to sword against a plethora of neon-soaked enemies in a vibrant and colourful world. Gain experience, level up your gear and get slashing.

If you haven’t downloaded Hell Let Loose, Mortal Kombat x and PGA 2K21, you’ll have until November 1 to do so.

What do you think of this month’s offerings? Which game will you be downloading first? Let us know in the comments or on our social media.

In this article:November 2021, PlayStation, PlayStation Plus, ps plus, ps4, PS5, subscription