After yesterday’s chaotic rush to pre-order a PS5 console that resulted in every retailer selling out of launch stock within a few hours and leaving a lot of people disappointed. First in, best dressed, as they say, however you hope that those who did manage to pre-order a console for launch were genuine pre-orders, but sadly after a quick peruse of eBay’s PS5 offerings, it seems that many people are just hoping to cash in on the consoles’ huge demand.

Listings start at around $800 and then increase fairly rapidly from there, with the highest one so far sitting at $18,7000 with…28 bids…which surely must be a pisstake. There’s a handful of listings sitting between $5k and $10k, however most are priced between $1000-$1500.

What’s most surprising is the number of listings that have been sold. Taking a cursory look through the sold listings reveals that around 50 PS5s at inflated prices have been sold. 50! The cheapest one sold thus far is $850 for the disc drive edition (not too bad really), with the most expensive sale sitting at $20,099 with another at $9,900 but there’s no way someone would pay that much for a PS5…is there? Most of the sales have seen the seller make a tidy profit, with listings being sold for more than $1000. 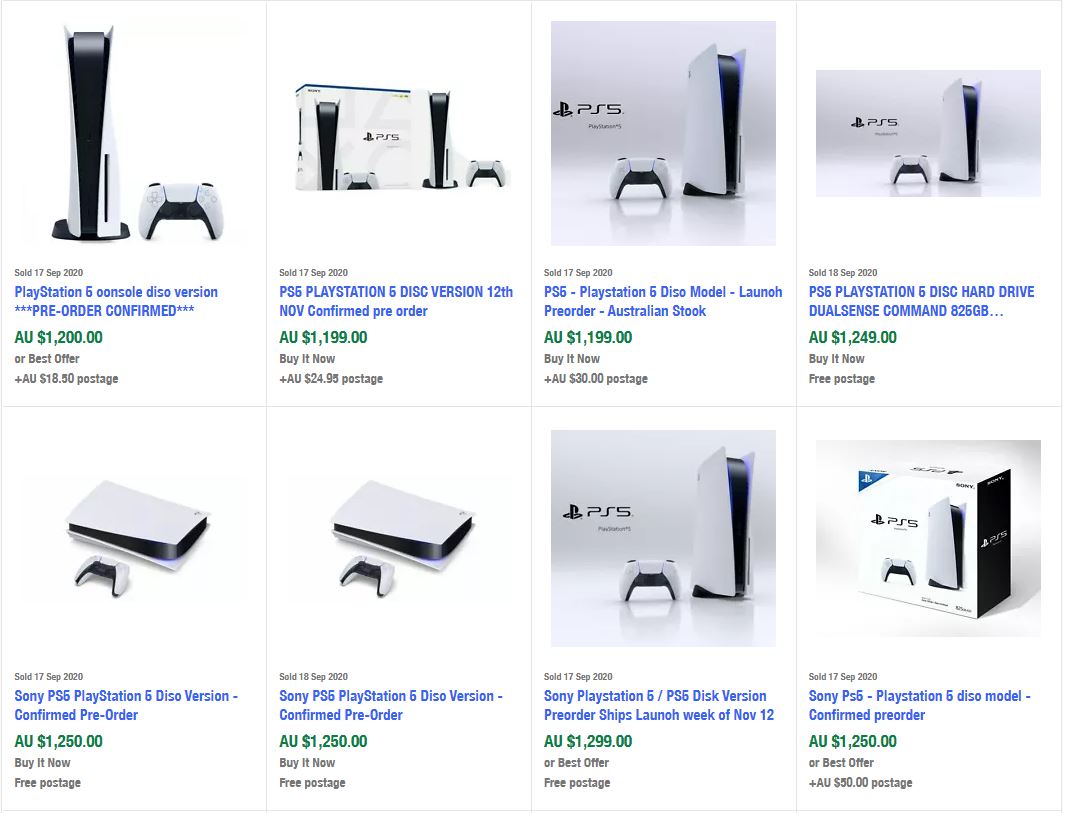 With Christmas on the horizon, next-gen consoles were always going to be a hot ticket item. It’s a shame that some people take advantage of these situations when those who genuinely want a PS5 miss out.

Sony To Have A Limited PS5 Output In Its First Year According To Sources
April 16, 2020