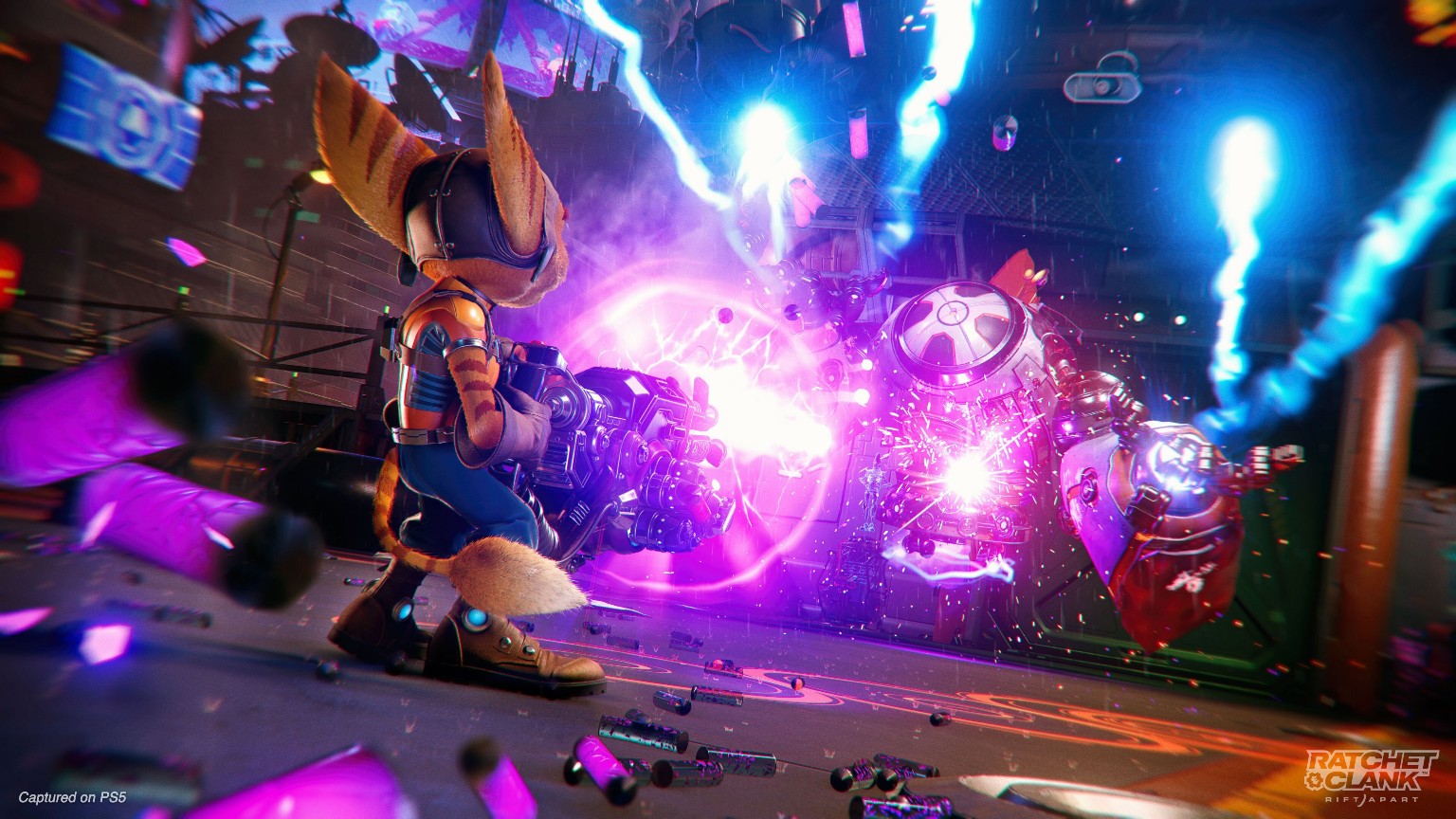 As we inch closer to its June 11 release, developer Insomniac Games has started to lift the lid a little more on Ratchet & Clank: Rift Apart, the upcoming next entry in the much-loved platforming franchise.

After a short teaser video dropped earlier in the week alongside the exciting reveal of the name of its new female Lombax character, Rivet, a full, 15-minute State of Play presentation for the game aired in the early hours of this morning. The State of Play video gives us more insight into the narrative setup of the game as well as some of the new features and characters we can expect to see. It’s also drop-dead gorgeous to look at and should absolutely be viewed in 4K if you have the opportunity. Check it out:

Some of the tasty new morsels of information in the video include new traversal and platforming mechanics for Ratchet, levels with large open areas, Mrs. Zurkon running the in-game shop, combat and challenge arenas and of course those ludicrously-fast load times that see levels come in and out of existence in the blink of an eye.

We seriously can’t wait to get our hands on Ratchet & Clank: Rift Apart when it launches exclusively for PS5 on June 11, 2021. Stick with us here for more coverage in the lead-up.