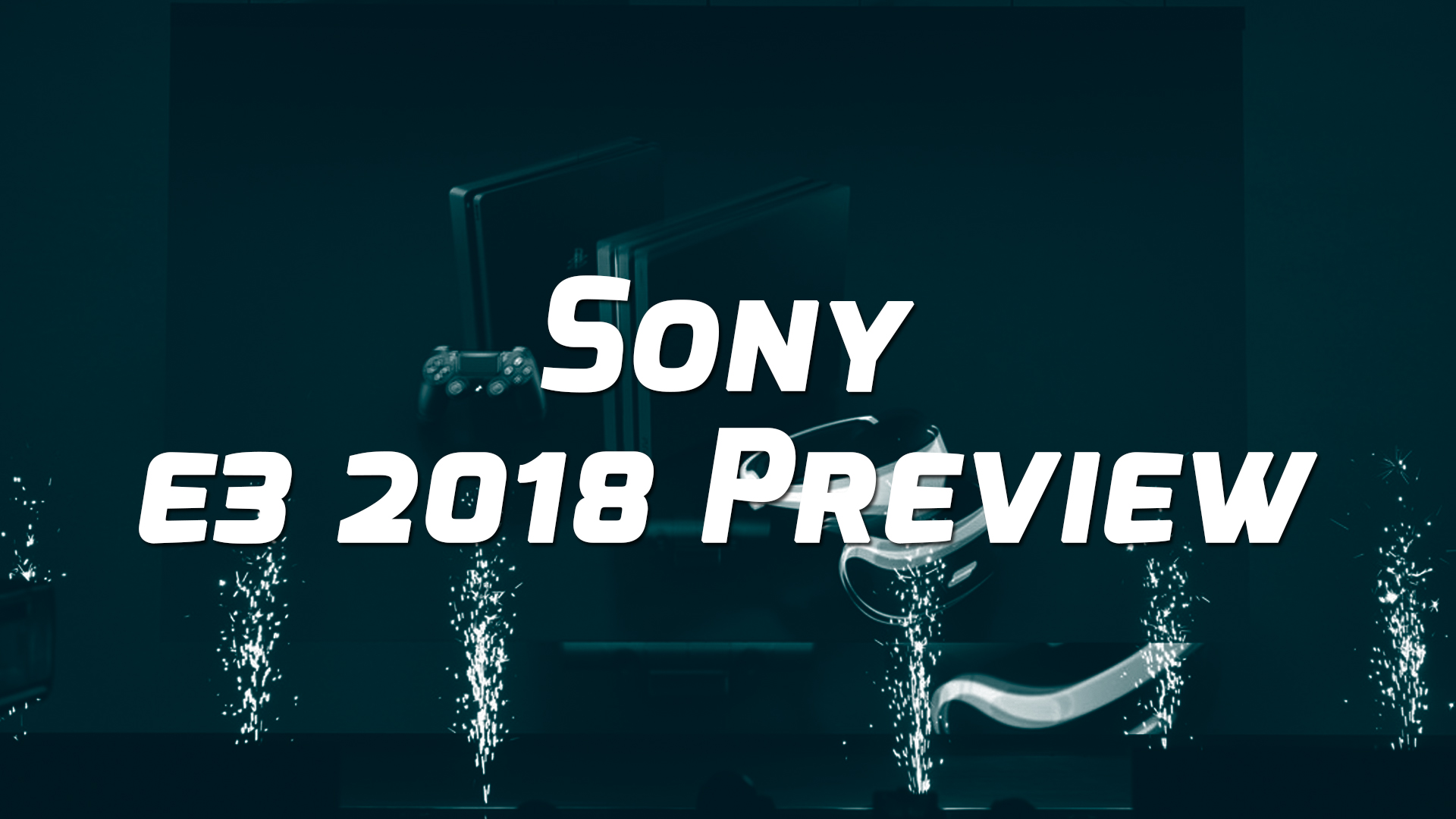 In this preview we look at the big boy – PlayStation. It’s indisputable that the mighty PlayStation 4 has had a bumper couple of years when it comes to high profile and well-received exclusive titles from both first and third-party studios. The likes of God of War, Horizon: Zero Dawn, Persona 5, NieR Automata and Yakuza 6 have all graced the PlayStation ecosystem exclusively within the last two years and if the PS4’s slate of upcoming releases is anything to go by that momentum isn’t due to drop off any time soon.

Gameplay. Outside of any radical surprises, Sony has shown their hand fairly early with their E3 2018 conference. With the announcement that they’ll be focussing on four core PS4 exclusive titles, we already know that the bulk of their time will be spend delving deep into those. The Last of Us Part II, Spider-Man, Ghost of Tsushima and Death Stranding are all set to be present in a big way, and if there’s one thing they all have in common it’s a near or complete lack of unadulterated gameplay footage. If Sony want to spotlight these big four titles in their conference, then we want them to go all in.

Outside of those titles, we’re all still waiting on a proper look at Medievil Remastered so hopefully that makes an appearance. We’re still waiting on the reveal of Bluepoint’s next big thing after their stellar remake of Shadow of the Colossus. We already know it’s another remake, albeit this time on a bigger scale. Personally, I’d be really happy for them to have a crack at updating Jak and Daxter in a big way, but there are so many potential Sony properties out there that I can’t make a decent guess.

In reality, it’s pretty easy to predict that there’ll be a disparity in the showings for the big upcoming PlayStation exclusives. Spider-Man is the closest to release, so there’s no doubt that Sony will be spruiking that one heavier than the rest, followed closely by the game that’ll draw the most attention from fans – The Last of Us Part II. We can only assume that E3 2018 will mark the first showing of gameplay for Naughty Dog’s next big thing, potentially a full live demo of a vertical slice of the game, hopefully alongside an actual release date.

It’s very possible that Death Stranding will also be present in gameplay form, albeit in a more controlled sense, perhaps with the debut of a ‘gameplay trailer’ or a proof-of-concept demo that doesn’t necessarily reflect a final cut of the game. It’s tough to say just how far along the game is and as such whether Kojima and pals actually have enough real content to make a lengthy showing of it this year.

When it comes to third-party content featuring at Sony’s presser it’s really anyone’s guess at this point, although the rumour mill has been spinning of late around the upcoming Resident Evil 2 Remake, of which we so far know little about other than it exists. Considering that Resident Evil 7 was announced at the 2016 PlayStation E3 showcase, perhaps this one will follow suit. That one big, looming AAA release named Red Dead Redemption 2 should be a more sure bet though, given that Sony reportedly have marketing rights to the game. It’ll be good to see a live gameplay demo of Rockstar’s next masterwork as so far only a select handful of the media have had a chance to view the game proper behind closed doors. Get hype!

Again, it’s all about the future hard-hitters, and the one nearest on the horizon is Spider-Man. We’re going to see a lot of the friendly neighbourhood webslinger in Sony’s conference. On top of more gameplay, we’ll be hearing more about the overall structure of the game itself and the inner workings of the open-world playground of Manhattan. A reveal of that mystery statue in the now-sold-out collector’s edition of the game should be on show, as well.

Expect Sony to continue their commitment to the PlayStation VR platform, too. While they’ve shot down any hopes of new console or VR hardware this E3, they continue to push the VR platform with great content and support from first and third-party studios and E3 is always a time to remind people of that. There might not be a lot of airtime between the mass market games but a showreel or upcoming software for the PSVR is a no-brainer. There’s also been a lot more chatter about Dreams in recent weeks, with the announcement that it will definitely be PSVR compatible at launch, which perhaps points to an impending release date announcement.

Of course, what would a PlayStation press conference be without a bit of self-congratulation as well. There’s no doubt that the platform has been doing exceedingly well since launch, and had an amazing run of exclusives in the last year or so, so expect to see Sony open or close with some kind of highlight reel of their recent content and achievements that everyone watching at home will use as an excuse to go make a coffee before The Last of Us Part II comes on.

What do you think Sony will show at E3 2018? Anything you think we’ve missed or that you agree with? Let us know in the comments below.