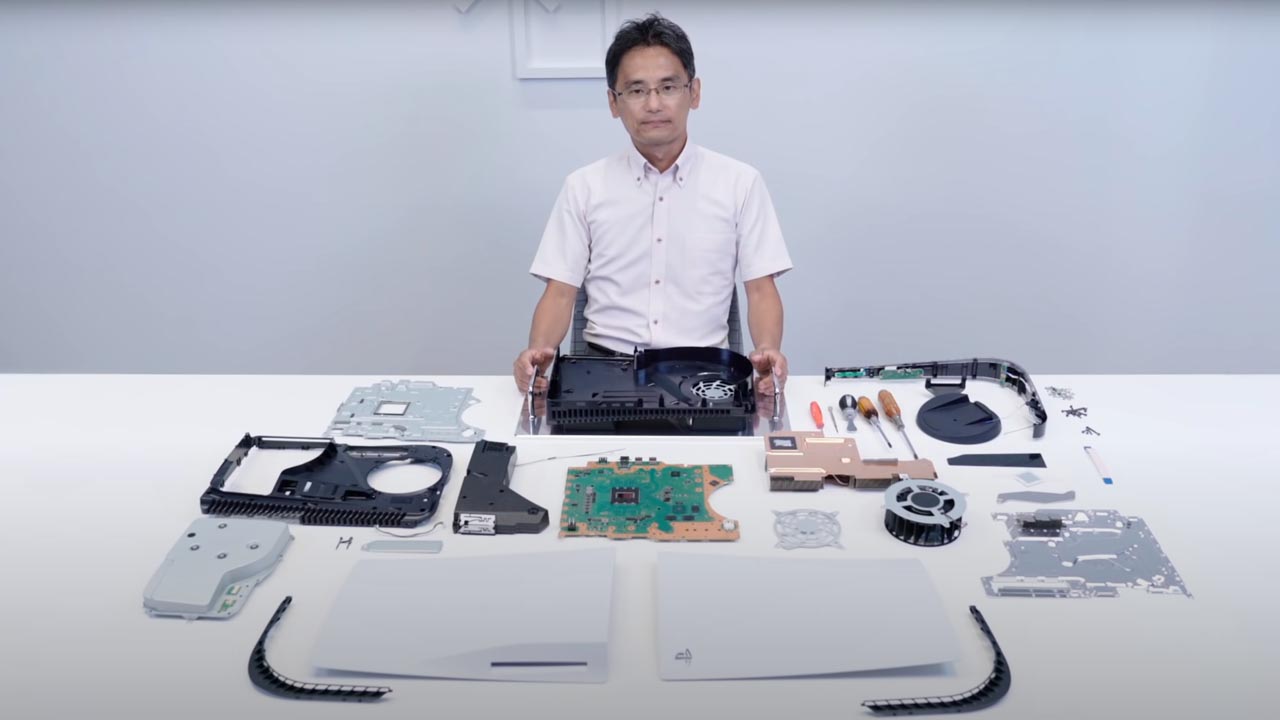 With a month to go until the PlayStation 5 hits the shelves, the marketing machine is in full spin.

Over the weekend a bunch of Japanese YouTubers had access to the console, showing off a bunch of gameplay footage for Astro’s Playroom, Godfall, and more. However, perhaps the most exciting piece of information was that the PS5 was much quieter than its predecessor. Keeping the ball rolling, last night Sony released an in-depth video showcasing every piece of the PS5 console. The teardown demonstration, which was done by Yasuhiro Ootori, showed off a number of key points in the PS5’s design.

First and foremost, it was confirmed that the console’s side panels are easily removable, meaning that customising your console with different coloured or themed panels will likely be a thing. Secondly, with dust such a common issue for electronics around the house, Sony has taken the initiative to include dust catching holes that will hopefully prevent dust from reaching the internal components. These holes, which are located underneath the panels, will be vacuumable. Ootori also explains how the console’s stand will work. If you plan on using the console vertically, then the stand will be affixed to the base of the console using a screw. However, if you plan on displaying it horizontally, the stand will attach via a clip.

The video goes on to show off the console’s ports and some other technical info. You can check out the video below:

In this article:playstation 5, PS5, teardown, what's inside