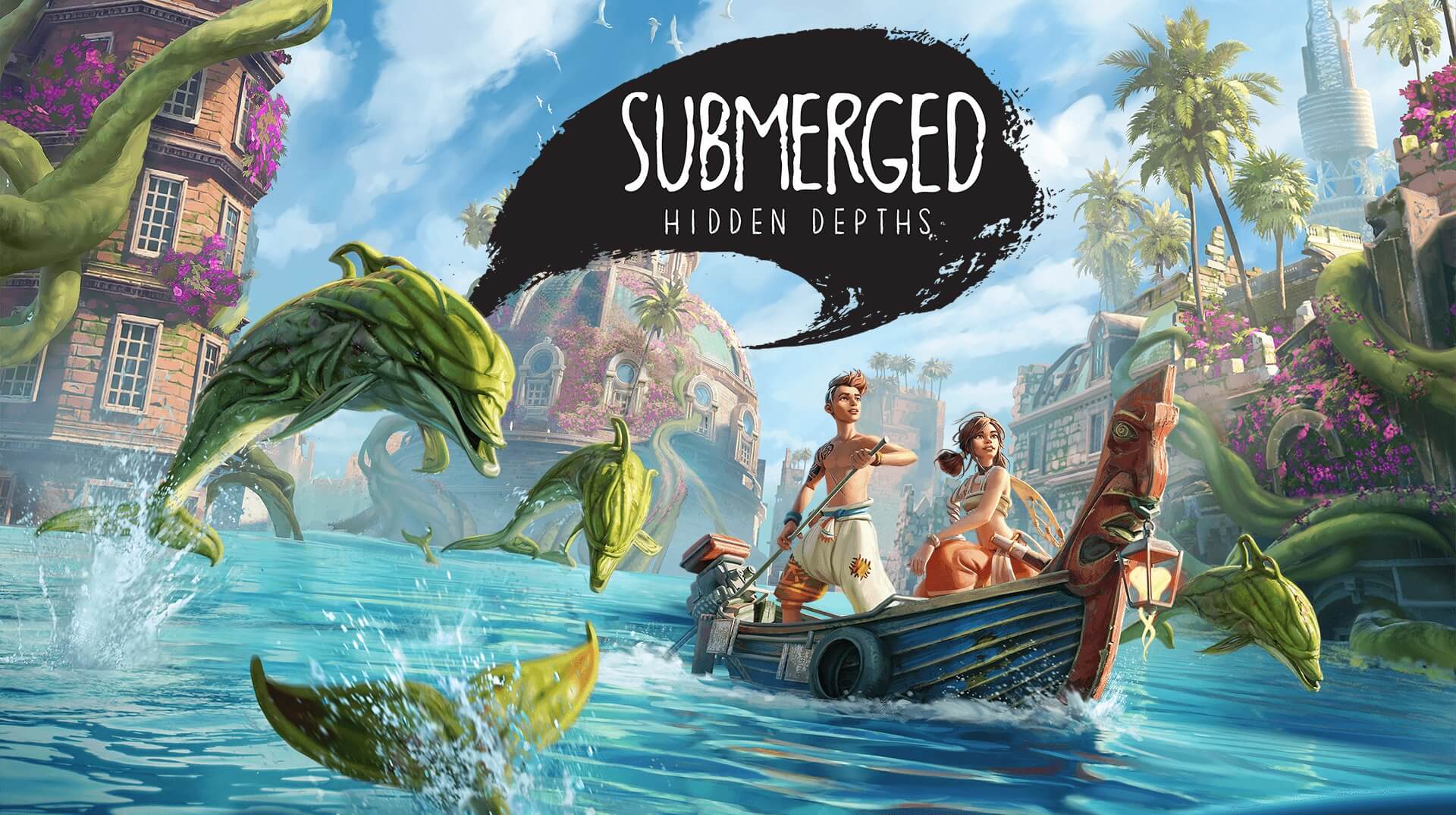 I tend to find a lot of value and comfort in what I like to call “weekend games”, that is to say those typically indie video games that exist purely to provide a handful of hours of pretty but ultimately shallow entertainment. There’s the odd gem here and there that elevates itself beyond this, but even the ones that don’t are often perfect for winding down after a long week. Submerged, developed by Canberra’s Uppercut Games and released in 2015, was definitely positioned in the latter camp.

Nearly seven years later, a pseudo-sequel in the form of Submerged: Hidden Depths is finally making the jump from Stadia exclusive to consoles and PC and I’ve been able to play the first hour to see what’s changed in that time.

Interestingly, Hidden Depths seems to star the same brother-sister duo as the first game only with no tangible connection to that title’s narrative save for thematic similarities. They’re still tasked with sailing around a ruined and flooded post-apocalyptic cityscape, only this time their goal is seemingly to dispel a mysterious mass known as the Black Plant that’s dominating the landscape rather than wandering around looking for supplies and medicine.

While it’s hard to come to a lot of conclusions after just an hour of gameplay, so far Hidden Depths feels remarkably similar to the original Submerged only a fair bit prettier and with a big step up in environmental variety. It’s still a mechanically simple affair, with very few button controls to remember and a flick of the left stick taking care of all of the climbing and traversal. Climbing in particular feels solid and fluid, much more so than I’ve come to expect from games with miniscule budgets, which makes for some beautifully frustration-free exploration. The same goes for Miku and Taka’s boat, which is a blast to whip around in.

Said boat is vital in ferrying the pair from the hub-like central area they occupy (and that contains quite a few collectible markers of your progress), with the rest of the world open for players to explore as they see fit. There’s some gentle guidance to get you to the things you need to see to progress, but otherwise it seems as though you’ll be free to see what you want to as you so desire. I’ll be interested to find out if that freedom comes at the cost of direction after the first couple of landmarks are done with but for now it feels just right.

Aside from climbing and jumping, I got a small taste of light puzzle solving and collecting and both seem to follow that same ethos – simple and satisfying with no death or fail states to add extra stress. One of the game’s main collectibles adds little storyboard panels to Miku and Taka’s home base that will (hopefully) explain a little bit more about what’s going on and why Miku has some sort of magical arm that heals the Black Plant with the good old-fashioned green kind of plant life.

Whatever the reason, the way the environment and echoes of past residents of this ruined world transition to floral resplendence as you come in contact is a gorgeous effect that I don’t see myself getting sick of. In fact the whole game has a very simple but enchanting aesthetic that’s miles above the somewhat rough look of the first game. I played this initial hour on a PlayStation 5 and the whole thing looked razor sharp and ran like a dream, which is a good sign. The music remains charming as hell too, with the only grating element being the faux-language used by the characters that works well enough to add mystery but often sounds way too close to English to be anything but corny and annoying.

This first small taste of Submerged: Hidden Depths has me pretty confident that this sequel/reboot will be a far more enjoyable experience than the first game even if it doesn’t set the market on fire. Good, weekend entertainment is on the cards again and anyone who didn’t buy into…whatever was going on with Google Stadia can finally get in on it. I’m keen to see the rest of what this talented Aussie studio has in store for me with the full game.