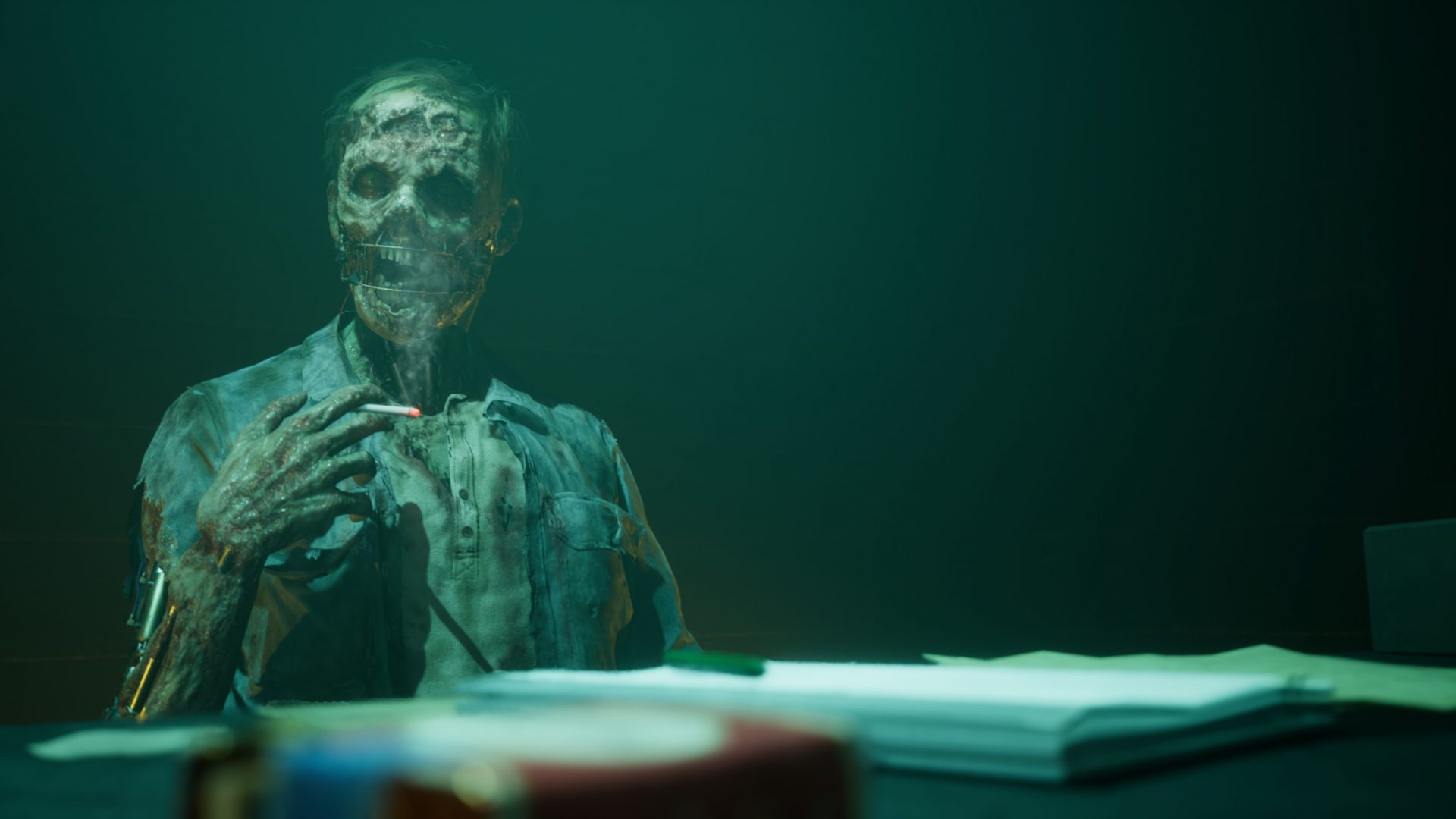 Supermassive Games and Bandai Namco have announced The Dark Pictures Anthology: The Devil In Me with a nasty reveal trailer.

Following on from House of Ashes (which we gave an 8), The Devil In Me marks the final entry in the first season of this horror series. The unsettling announcement trailer shows what looks to be a detective interrogating a sadistic killer who’s describing the “artistry” of murder as terrified victims and bloody body parts flash by. This is all eerie enough before it’s revealed that the smoking madman is, well, in a bit of a state. Each of the Dark Pictures games has had its own tone and The Devil In Me looks to possibly be the most disturbing yet.

No release date was given, but it’s safe to assume to The Devil In Me will be releasing on PS5, PS4, Xbox Series X/S, Xbox One and PC in 2022.

Have you been playing through the Dark Pictures Anthology? Do you like the look of this entry? Let us know in the comments or on our social media.