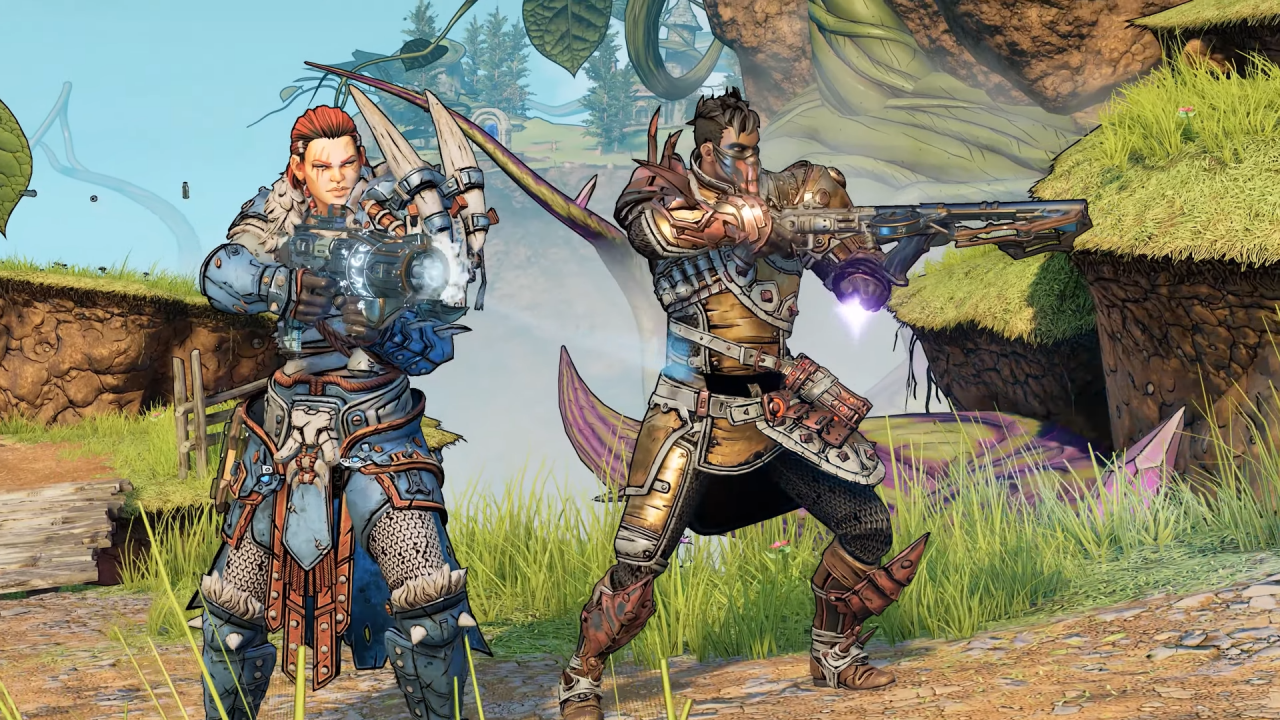 Gearbox Software has released the first Welcome to the Wonderlands Dev Diary, highlighting two classes and a number of other details from Tiny Tina’s Wonderlands.

The characters in Wonderlands will be customisable, a first for the Borderlands series, and players will be able to select abilities from six different class trees. The first two classes have now been announced and they’re just as batshit crazy as you would expect.

First is the Stabbomancers, an assassin class that can summon spectral blades and disappear at will. A stealth-based class, the Stabbomancer is one that waits for the perfect opportunity to strike and deal huge damage.

Secondly, we have the Brr-Zerker, a frost-infused brute that backs up its firepower with devastating melee attacks. These frozen fighters like to get up close and personal, whacking enemies about and disturbing large groups.

Give the reveal trailer a watch:

Additionally, we got some info regarding the new locations that our gun-totting heroes will be traversing. Brighthoof, the capital of the Wonderlands, Butt Stallion’s Castle, Sunfang Oasis and The Tanlgedrift are all larger-than-life locales that range from once-great cities and castles to settlements in the sky. They’re all insanely bright and colourful and will likely have plenty of secrets to uncover.

Spellcasting will also play a large part in Wonderlands’ gameplay. Spells, that will ranger in effect from fireballs to mini tornados, will be tied to short cooldowns, letting you get mystical in combat. Melee fighting will also take a front seat, with one weapon slot being dedicated to a close-combat armament.

With these details and returning characters Tiny Tina and Butt Stallion and a new threat in the form of the Skeleton Army, Wonderlands is shaping up to be a fairly solid experience.

Are you keen to play Wonderlands? What other Borderlands characters would you like to see pop up? Let us know in the comments or on our social media.