Nintendo has just announced that Masahiro Sakurai will be giving a 35 minute long live stream which will feature an in depth look at the fifth and final DLC character of the Super Smash Bros Ultimate Fighters Pass. This wont be the last DLC the game will see but we do not know the format for any future DLC. The live stream will be bright and early on Friday 17 at 1 am AEST (10 pm Thursday 16 AWST). Who do you want or expect to see?

Join Super #SmashBrosUltimate director Masahiro Sakurai on 1/16 at 6am PT for a roughly 35 minute video livestream featuring an in-depth look at an upcoming DLC fighter, which he will unveil in the video! pic.twitter.com/aOz0ilAiXU

Tune in to the livestream here on Youtube or check back here for all the details.
Super Smash Bros Ultimate is out now and exclusive to Nintendo Switch.

In this article:5th Character, devil may cry, DLC, Fighters Pass, Geno? Sora?, super smash bros ultimate, Who is it? 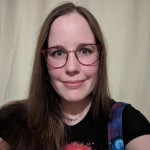