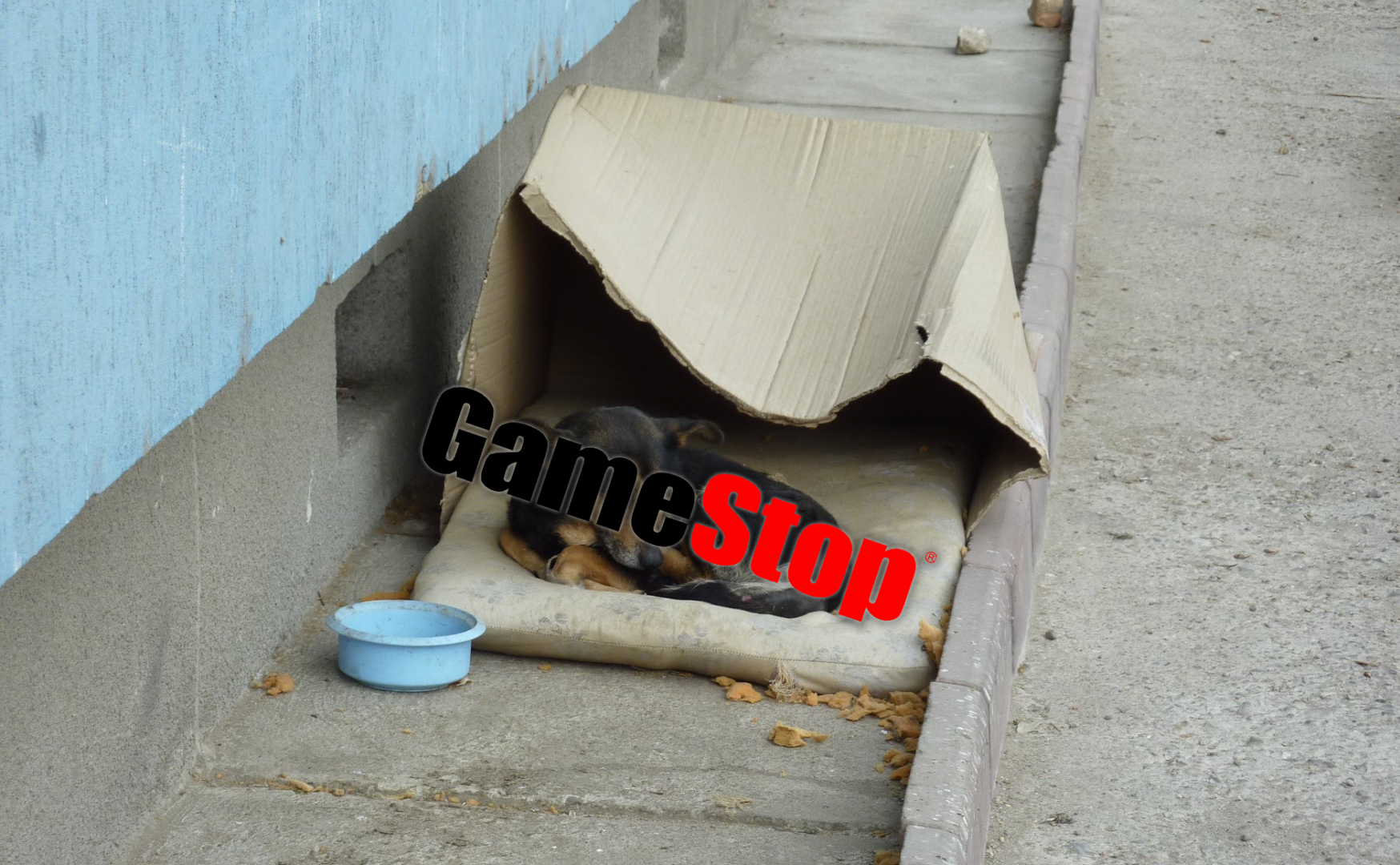 GameStop, the largest video game retailer chain in the world, today opened itself to “exploratory discussions with third parties regarding a potential transaction.” In short, it’s up for sale. This comes in the wake of former CEO Michael Mauler resigning after only three months in the position, a user data breach that left customers with compromised credit card details, and the closure of more than 100 stores in North America last year.

The reason why a buyout is being pursued is simple: Digital game distribution is in the middle stages of strangling brick-and-mortar retailers out of the game, with GameStop in particular projecting a profit decline of 16% in 2017. Steam, meanwhile, enjoyed a net profit of 4.3 billion US dollars – half of which was from only 100 games. In the US, digital sales eclipsed physical sales for the first time in 2013 and the trend has only grown stronger since.

But the reasons behind this decline aren’t what we should be worrying about. After all, digital marketplaces have come under intense scrutiny over the last decade. Convenience and the cost benefits for every aspects of game development has made digital games the way of the future. This is something that everybody knows at this point. What we should be thinking about is the long-term impacts of this transition into a post-physical gaming space, and how long physical games actually have left.

You can hear the children in the shop when you look at this, can’t you?

If you’ve bought a physical game recently, you’ll have noticed that they’ve come with less stuff than they used to. A popular example is game manuals, having been phased out in almost every major publisher’s physical releases and being relegated to digital varieties – if they make a manual at all. Even past the days of being charged for DLC that’s already on the disc, physical games have regressed in terms of being something that’s worth popping down to the shops for.

However, this goes flying out the window once Collector’s Editions come into play. Publishers are more than happy to include merchandise in their more expensive physical releases and sell them at a profit. Assassin’s Creed, for example, is no stranger to increasingly absurd Collector’s Editions; last year’s Origins had an $800 version. Odyssey, set for release later this year, boasts five tiers of Collecting.

This is attractive to publishers for a number of reasons. Firstly, it lets them make fast money on cheap crap that was probably made in China for a pittance. Secondly, it builds brand loyalty (which is a symptom of an industry chock-full of long-running franchises). Finally, it lets publishers get in on that sweet merchandising cash. As physical game sales growth pales in comparison to digital, we may see this trend become more popular to both dollar-eyed publishers and increasingly desperate physical retailers. What’s more, these Collector’s Editions are also being sold on Internet retailers like Amazon – further increasing the profit margin for everybody involved.

GameStop’s sale sends a message to publishers: ‘Get off this sinking ship and sell your bulls**** expensive gamer bait online.’

Physical releases are expensive, and publishers are well aware. Physical game distribution cost Activision-Blizzard alone nearly a billion US dollars [page 8] last year. And that’s a company that’s fully embraced its digital future! Retailers’ share of the profit has been getting smaller over the decade, sure, but not stocking your games with them is a potential PR disaster. It’s an abusive relationship that’s only been legitimized by the stability of GameStop’s politics.

With this sale, that changes. Publishers now have a reason to bail out of physical releases at GameStop. I can see the press releases now: “We’re leaving you, and taking the dog. Amazon has been so nice to us, and we need some time to think about our own life.” Used games, the lifeblood of brick-and-mortar retailers, have been a conflict point for the retailer/publisher relationship since the dawn of time – what better time to pull the plug? They’ll even keep 100% of the profits if they play their cards right with the console giants.

This is one of the more wild speculations I’ve made here, but it’s still something to consider. Game shops that aren’t owned by GameStop (all three of them) will be scrambling to keep themselves stable in the coming months. The slew of used games that less wealthy people have become used to will fade away, forcing them toward digital purchases. Who knows, they may find that it’s not as bad as they thought.

If you’re reading this, chances are that you’re Australian and that you’re wondering how this applies to your local EB Games or JB Hi-Fi. In the case of EB, it matters more than you’d know. EB is the single largest game retailer in the country. GameStop currently retains ownership of EB franchises worldwide. If there’s anything that the recent collapse of Toys R Us has shown us, it’s that not even relatively successful Australian branches of American companies can avoid the crumbling roof of the entire house.

Even before the news of GameStop’s booked funeral, EB Australia saw “stagnant growth” last year. Physical game sales grew in Australia at a rate that pales in comparison to that of digital download sales. Meanwhile, Amazon’s game prices Down Under have become too cheap to ignore. EB will face significant upheavals in the months following the GameStop sale, but what they’ll exactly entail is up to the crystal ball. If all Hell breaks loose and GameStop shuts down entirely, then we may see the end of physical releases as we know it.

So, will this sale see the inevitable collapse of the “humble” game retailer? Not necessarily in the near future. Internet infrastructure has a lot of catching up to do before digital games become the norm for absolutely everybody. But one day we’ll end up buying all of our physical releases with unwieldy statues from our new Amazon masters, made from polystone as fragile as the current future of GameStop. It’s only a matter of time. In the meantime, check your balances…there’s a sale on.