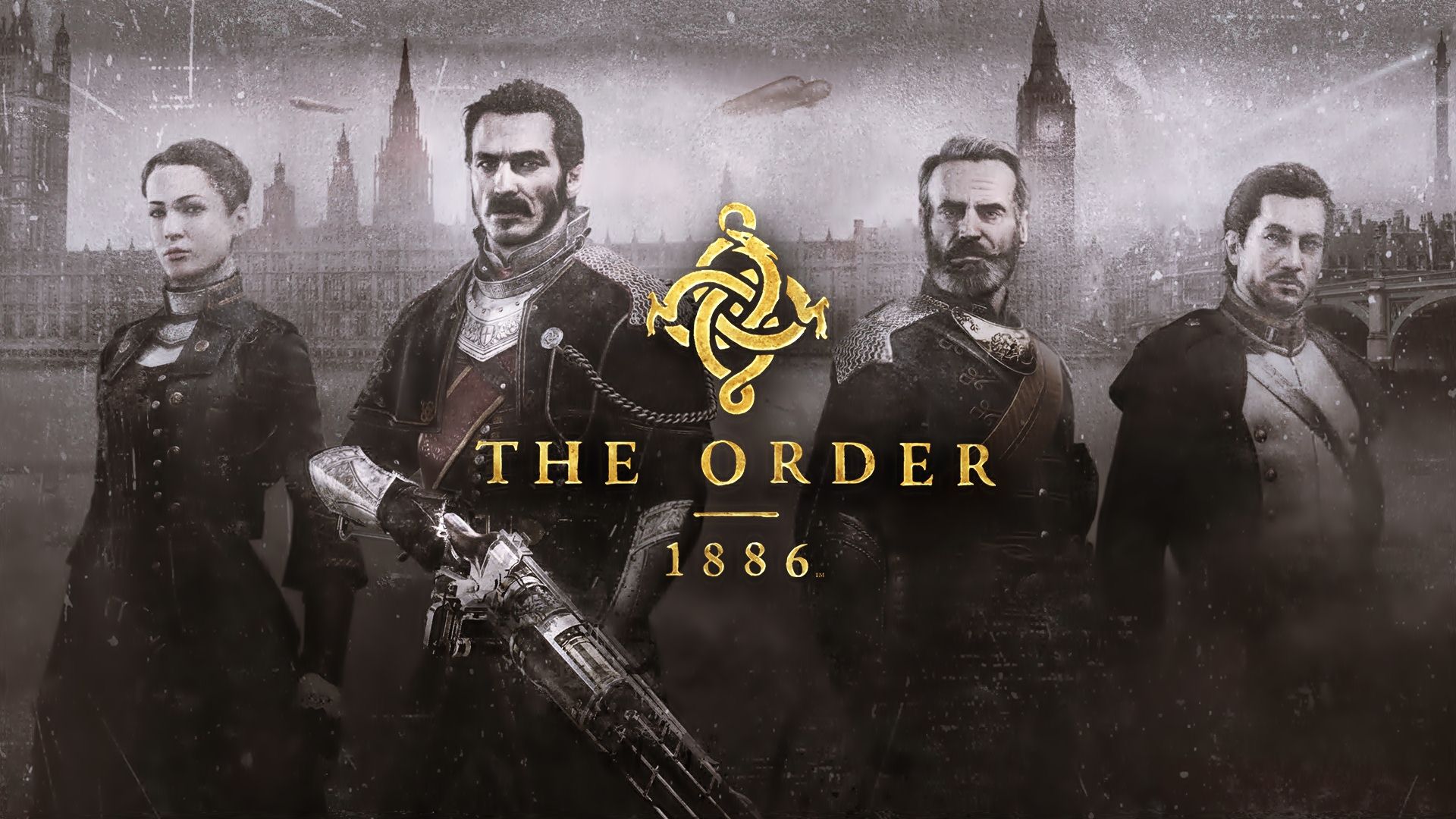 The Order: 1886 was released as a PlayStation 4 exclusive title on 20 February this year. The majority of gamers and critics were disappointed with the highly anticipated title from Ready at Dawn (RAD), sighting the game’s heavily cinematic approach, overuse of QTEs, short campaign and the lack of innovation in the gameplay as the main reasons the game fell short of expectations. There were some of us however that had a cracking time with the game and I was one of them. I scored it an 8 in my review, as I had more fun playing the linear seven-hour campaign than I have had with almost every bloated open-world game released during the current generation of consoles. In my defence, The Order: 1886 is tailor-made to elicit an aroused response in my loins: Third person action-adventure set in a historically-altered Victorian-era of London and killing werewolves as a moustache model protagonist. There isn’t much more I could ask for, except maybe Leon Kennedy.

Don’t mess with the ‘stache

It’s no surprise that RAD had a vast vision for the new IP, given that former CEO (now Chief Creative Officer) and creator of the series Ru Weerasuriya had been conceiving the IP years (2005-06) before the game got the development greenlight. Weerasuriya told gamesindustry.biz that “the first game was more than anything a launch platform to build upon. And as I mentioned in the past, The Order was never written as a one-off story. There is a lot more to tell as you can see from the way the game ends.”

However, recent reports suggest that the Californian-based developer may not get the chance to be involved with any potential sequel. Along with Weerasuriya, newly-appointed CEO Paul Sams, (formerly of Blizzard) further told gamesindusty.biz that “We would love to be part of building The Order as a franchise. It is an IP that we created, that we deeply love and that we believe in. We cannot say more than that regarding The Order at this time.”

It was revealed that Sony owns the keys to the future of the franchise. A trade that RAD had to make in order (pun intended) to secure support from Sony. As much as RAD wanted to retain ownership of rights to the IP, Weerasuriya doesn’t regret the decision to give them to Sony, realising the benefits of a partnership with Sony outweigh the negatives.

But let’s take a look at why (I believe) RAD should be entrusted with the sequel’s future.

Firstly, RAD ticked a lot of boxes; the technical performance of the game was top notch. The launch went smoothly, there were no face-removing glitches like in Assassins Creed Unity, no game save glitches like in The Witcher 3 and the frame-rate was essentially locked to 30fps with rare drops, unlike in other games where the frame-rate is erratic (Batman: Arkham Knight PC version). The graphics are visually unmatched on consoles, the lip-syncing, the voice acting, the music and the atmosphere are all bang on. The story was excellent; I enjoyed the plot and the characters, a feeling that wasn’t shared unanimously. People also forget that The Order: 1886 was Ready at Dawn’s first major console release. Everything prior was either a port or a spin-off of other titles, such as God of War and Jak and Daxter, primarily for the PSP.

Sure, RAD only had the PS4 to develop for, but that shouldn’t mean their achievements are overlooked. Many reviews did state that the technical and production side of the game excelled, yet it was the gameplay and length that disappointed everyone. Not that the gameplay was bad, it just lacked innovation. But should a developer or series be condemned for flourishing in some areas but floundering in others? It all depends on one word: potential.

There are many new IPs released each year and a lot of them get the call up again, while others are destined to life in the sales bin. A lot of the time it’s dictated by a title’s sales and critical reception, but even if one of these facets underperforms, the publisher still keeps the faith because it can see the potential of the IP.

Example of successful new IPs are: Dishonored, Watch Dogs, Titanfall, The Last of Us and Dying Light. Some of these already have sequels confirmed but I guarantee you that they will all have follow-ups, in some capacity. These titles were all commercially successful, critically well-received and all have copious amounts of potential. Then there are new IPs on the other end of the scale, such as: Raven’s Cry, NeverDead, Bodycount and Bound by Flame. These games are bad, and should feel bad, and will most likely never see another instalment.

More like never should have been made, am I right?

Then you get to the games in the middle, such as The Order: 1886. The ones that either commercially underperformed or disappointed critics and/or gamers, but show a lot of promise. This current generation we’ve seen Ryse: Son of Rome, The Crew, Murdered: Soul Suspect, Evolve and Lords of the Fallen all fit that bill. Only Lords of the Fallen has so far been pencilled in for a sequel. The Crew and Evolve have expansion packs out or on the way but there’s nothing on the horizon for the others. However, all of these titles have the potential to be successful series and I talk about Ryse and Murdered: Soul Suspect in my latest Second Chance Saloon, which you can read here.

Back to The Order, everyone would have to agree that the concept has massive potential and in this generation of consoles, where exclusives are a mega competitive advantage, having another successful franchise can only be a good thing for Sony. Especially given that Xbox has the upper hand in this department at the moment. It might also be a chance for Sony to secure RAD as an exclusive PlayStation developer. This would be unlikely given RAD’s move to set up a publishing division for future games on multi-platforms.

RAD have other platforms in their sights

RAD have put a lot of love into The Order and I commend them for sticking by their vision for the game, it would be a shame to see it simply dissipate after just one release. But they will have read the reviews and feedback from gamers and acknowledge what worked and what didn’t and where they must improve.

So if there were to be a sequel, what needs to happen? What needs to change to win over the sceptics?

The Lycan’s are all bark and no bite

I really hope we see another iteration of The Order, with RAD’s involvement. They are a super talented studio who will only continue to improve with each game, they have the talent to become as synonymous with success as Naughty Dog. In a market that is saturated with reskinned IPs and HD remasters, we need studios who are willing to stick by their visions, not crumble to what gamers say their games should play like and are willing to try something different. For The Order 2 and RAD it’s all about finding the equilibrium between their cinematic approach and engaging gameplay, and I fully believe they are the right team for the job. If not, let the captain go down with the ship.