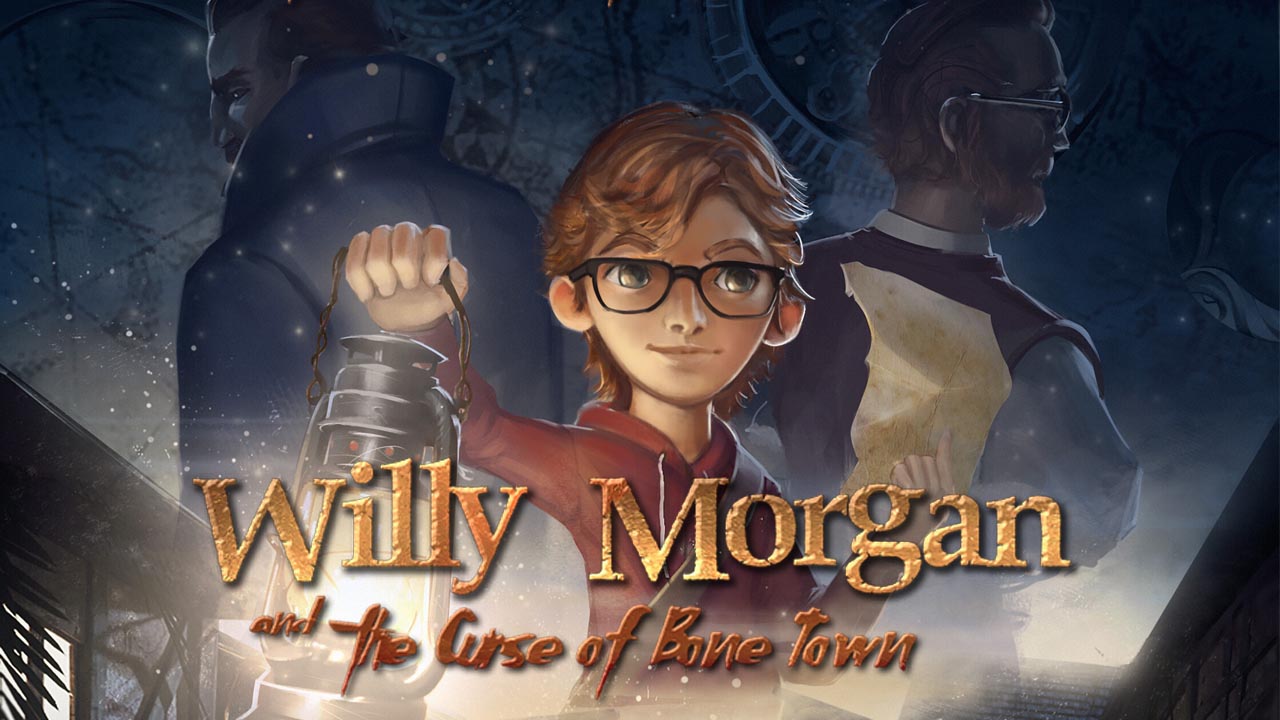 Point and click games are some of my favourites – I’ll play as many of them as I can. So when the opportunity to play a preview build of Willy Morgan and the Curse of Bone Town hit my inbox I took it with both mouse and keyboard. Upon first glance at the game’s title I thought it was some comedic, almost parodic spin on the genre, however that couldn’t be further from the truth, with Willy Morgan and the Curse of Bone Town’s tone a lot more serious than the name would suggest. It does beg the question of why you’d give your game an amusing title when it plays almost the opposite. Perhaps it was lost in translation, with the game a product of Italian developers imaginarylab and publisher VLG Publishing. Alas, we’re here to judge the game on its merits, and while it doesn’t do anything that hasn’t been before, it does provide a solid foundation for the game’s full release later in 2020.

The narrative sees the titular Willy Morgan set off on an adventure to discover the truth behind his old man’s disappearance after the famous archaeologist went missing ten years prior. A letter Willy receives in the mail from his father leaves some bread crumbs that point to the Dead Inn in Bone Town, and after a puzzle that requires Willy to assemble his bike from bike parts scattered throughout his house Willy is out the door and on his way to Bone Town.

Arriving in Bone Town, Willy is greeted by a rustic, time-forgotten pirate town that is hanging on to survival thanks to the handful of people who remain there.  Full of peculiar characters – whether it’s the Dead Inn’s surly innkeeper, the museum’s obsessive curator or the town hippie – every conversation is always interesting enough to hold your attention.

Henry Morgan’s (Willy’s old man) letter leads Willy to the realisation that there’s more to Bone Town than his childhood memories let him remember. After discovering a piece of a treasure map hidden in the walls of the Dead Inn, Willy will need to find the remaining the pieces in order to find the treasure his dad went missing trying to find.

Gameplay-wise it’s fairly standard fare, with players exploring the environments and interacting with items – some with a greater purpose than others – as well as the people of Bone Town. There’s an option in the top left of the screen to display items of interest in a particular location if you want to shave some of the leg work out of investigating. It’s worth noting that left and right-click will give you different results: left click will interact with an item (i.e. pick it up), while right-click will give you a description of the item, and sometimes you’ll need to use both in order for Willy to figure out what to do next.

Anything can happen in Bone Town

While I haven’t sampled the entire offering, from the preview build I have played the puzzles feel a little tamer than other recent titles, but I don’t subscribe to the theory that point-and-click puzzles need to be brain-bustingly difficult – in fact it makes a nice genre entry point. While the puzzles may lack difficulty, they are often well thought out and require the player to visit multiple locations to source the solution, such as the puzzle that required Willy to replace a vintage gun with a 3D-printed replica.

Visually it has a cartoon style that reminds me of a mixture of Trüberbrook and a Nickelodeon TV show, and it’s a style that suits the tone of the game. The locations are well designed and have enough detail to make them interesting, but also highlight the decline of the town.

One area that I will mark the game down on is in its sound design. Instead of relying on a subtle soundscape that often graces these types of games, Willy is backed by an eclectic mix of styles that borders on being overbearing at times. In most cases you won’t be in an area long enough for it to matter, but due to the back-and-forth nature of the gameplay, some of the audio tracks can become repetitive and distracting, and with no voice acting in the majority of the demo, there’s no way to drown it out unless you turn it down or off, which I did a couple of times.

I’ll admit early doors I didn’t think Willy Morgan was going to do much for me, but after a couple of hours exploring Bone Town I am intrigued to uncover more about Willy’s father’s disappearance and the treasure the Morgans seek. It may lack the challenge of its forefathers, however it’s a nice change of pace and one that I’ll be keeping an eye on until the game launches later this year on PC.

If you’re interested in sampling Willy Morgan, players can take the game’s demo for a spin by downloading it on Steam.

In this article:imaginarylab, point and click, treasure, vlg publishing, willy morgan and the curse of bone town