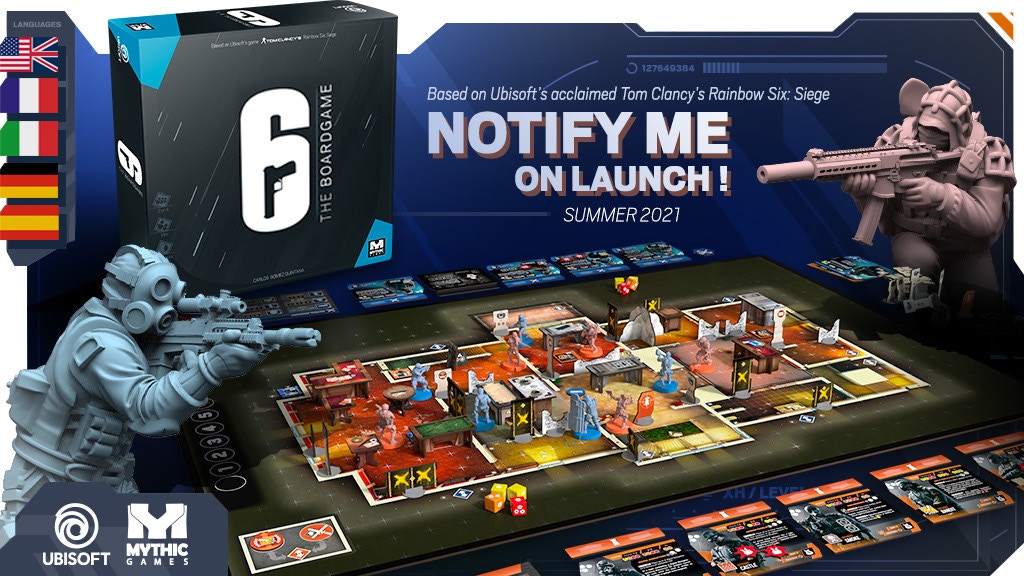 We’ve seen a few board game adaptations of video game franchises as of late. From the co-op-focused Monster Hunter World: The Board Game to the competitive deck-building The Witcher: Old World (I know it was a book first), we’re being spoiled with thematic tabletops drawn from popular franchises. Well, don’t expect that to stop anytime soon, because another video game is getting the board game treatment, and it’s one that you might not initially expect.

Tabletop publisher Mythic Games recently announced that they’re working on a 2-player tactical game based on Tom Clancy’s Rainbow 6: Siege. Titled 6: Siege – The Board Game, the game will pit two players against each other as they command their own squad of operators, beaching and clearing rooms as they battle with the opposing team. Very few details have been given outside of a short synopsis and the above image, but the game is scheduled for a Kickstarter campaign that will begin at some stage soon. What we can see is a number of operator minis and some game pieces that act as doors and other obstacles that you’ll likely be able to interact with to gain an advantage. It’s one that I’ll be keeping an eye on, so we’ll keep you up to date with future updates.

If you’re keen on keeping an eye on the Kickstarter yourself, you can be notified for further info HERE.

6: Siege – The Board Game on Kickstarter this summer!
Click on the link and register to be notified on launch!
This board game with miniatures is based on the acclaimed video game Tom Clancy's Rainbow Six: Siege by Ubisoft https://t.co/MWQtLno7xs

Are you a Siege fan? Does this adaptation sound like a winner to you? Let us know.