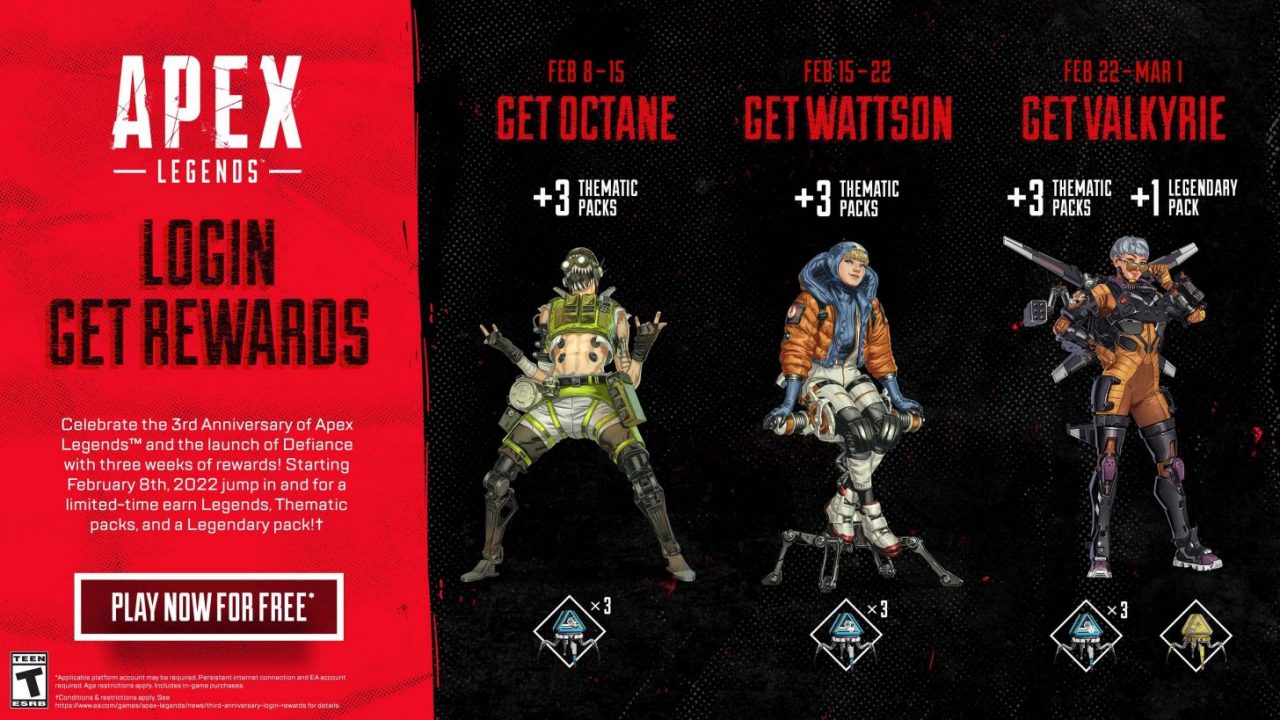 Respawn Entertainment has announced that three Legends will be given away for free as part of Apex Legends‘ third-anniversary celebration.

Over the course of three weeks, Octane, Wattson and Valkyrie will be made available for free to all players, alongside three Thematic Apex Packs and one Legendary Apex Pack.

All you’ll need to do is log in once per week between February 8 and March 1 to unlock these freebies permanently. Usually, you would need to spend in-game currency to purchase a Legend, so this is a win for those who don’t already own these characters. If you do have these Legends unlocked already, you’ll still be rewarded with the Apex Packs upon logging in.

Here’s a breakdown of which Legends will be available and when:

Apex is turning 3! To celebrate, we’re giving away three weeks of presents 🥳

Starting with the launch of Defiance on Feb 8 you can unlock Legends and thematic packs. Just log in to the game each week to snag them.

This event coincides with the beginning of the recently announced Season 12 – Defiance, where we’ll see the introduction of Mad Maggie as the new Legend, as well as a new 9v9 LTM, called Control.

Are you an Apex fan? Will you be logging in to snag these freebies? Let us know in the comments or on our social media.