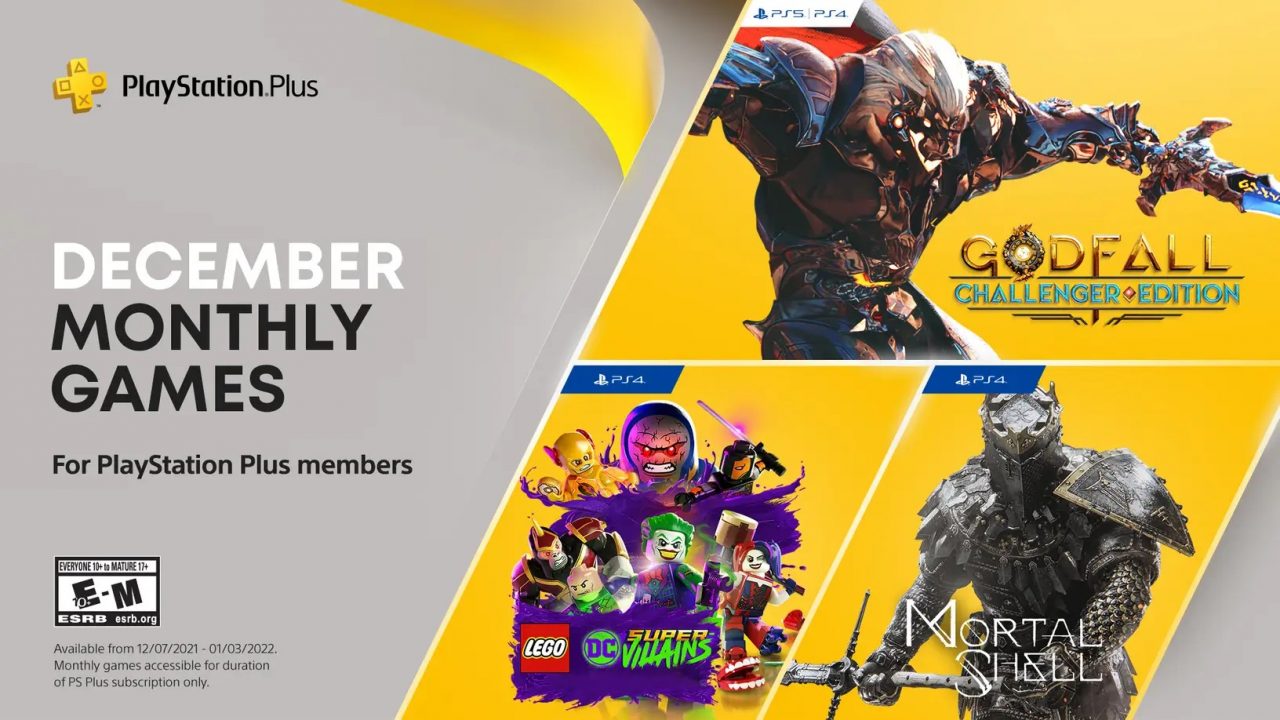 Lights are going up, trees are getting decorated and tinsel is all over the place. That can only mean that new PS Plus games are on the horizon. Oh, and I think Christmas is around the corner too. November’s line-up brought us Knockout City, Kingdoms of Amalur: Re-Reckoning, First Class Trouble, The Persistence (PSVR), The Walking Dead: Saints & Sinners and Until You Fall, which made for a massive month.

While it’s safe to say that it didn’t set the nu-gen world on fire (we gave it a 5), Godfall did impress with its gorgeous visuals and decent combat. Since its launch, the game has received many updates and content drops, making it a far more competent action-adventure title that manages to be a good bit of fun. Weirdly, the Challenger Edition included in this month’s PS Plus line-up is a version that only features the Lightbringer, Dreamstones, and Ascended Tower of Trials modes, all of which are part of the endgame. This means that you won’t have access to the Godfall and Fire & Darkness campaigns, but you’ll still get to hack and slash with friends.

The Lego games always provide a good bit of fun and DC Super-Villains continues that trend. Creating your very own super-villain, you’ll be able to team up with some of DC’s most infamous bad guys as you form the Justice Syndicate in the heroes’ absence. With up to four-player coop, this is a fun and simple action game that will keep you entertained, especially with kids, all while allowing you to play as a whole bunch of iconic DC characters.

Some would say that there are too many Souls-like games bashing about these days, but it’s hard to ignore one that’s done well. Mortal Shell is one such title that leans on the brutal difficulty popularised by Dark Souls while introducing fresh ideas to make it feel new. With unique mechanics and a dark, grim setting, Mortal Shell is a punishing game that will keep you coming back for more (we gave it an 8.5).

If you haven’t downloaded Knockout City, Kingdoms of Amalur: Re-Reckoning and First Class Trouble, you’ve got until December 6 to do so. Don’t forget, if you don’t have the space to download them now, you can always add them to your library for future use.

What do you think of December’s offerings? What would you like to see in next month’s line-up? Let us know in the comments or on our social media.