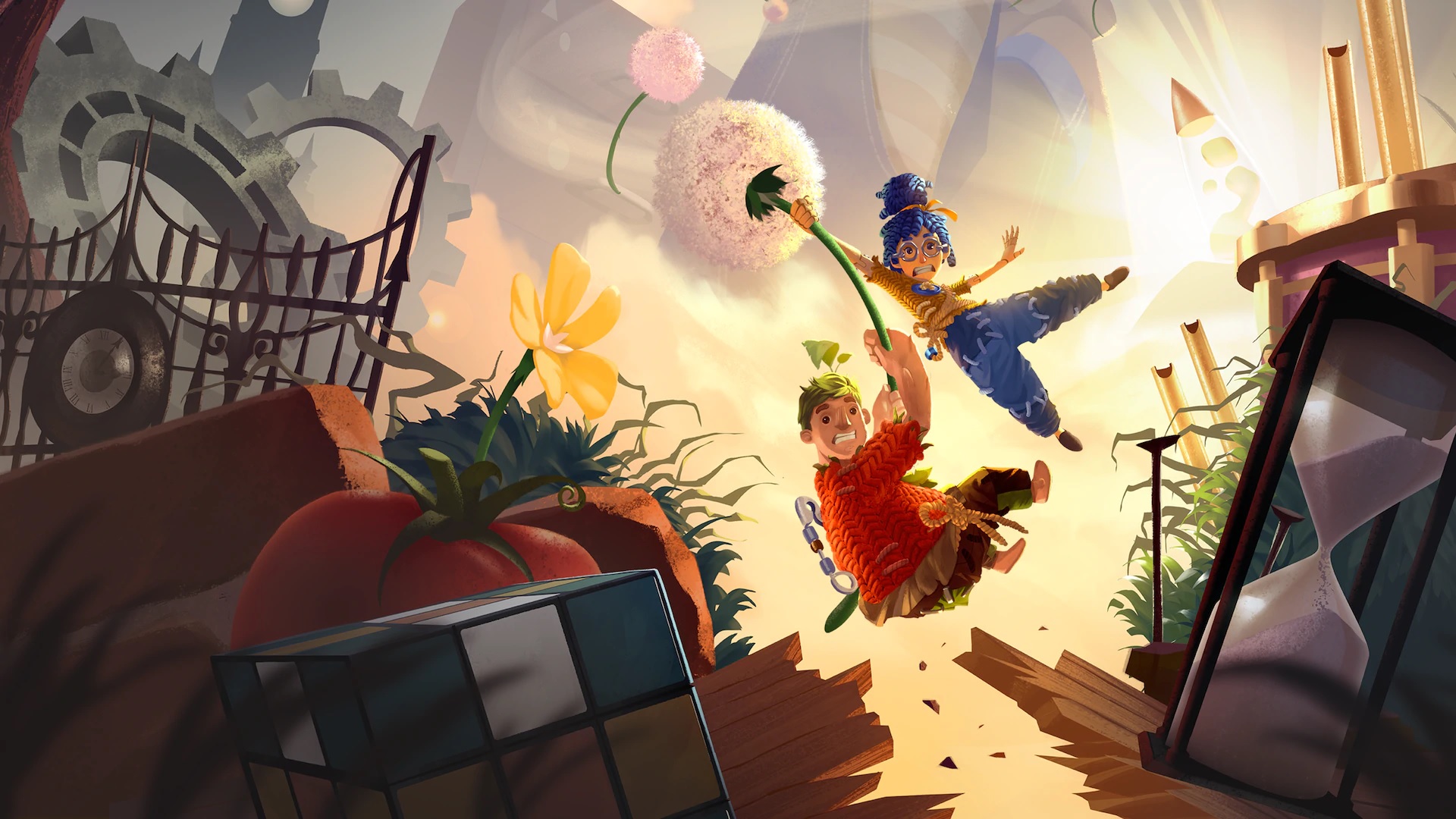 A Way Out developer Hazelight Studios’ brilliant new title, It Takes Two, is out now and if you’ve read our glowing review you’ll know it’s absolutely worth checking out. It’s a fun, gorgeous platforming adventure with a ton of gameplay variety that hinges on one important detail – it can only be played in split screen co-op.

That means to play It Takes Two, you’ll need a friend on hand to play alongside you, which can be done one of two ways. Either you both sit in front of the one console and screen in local play, or you link up over the internet to play through the game online.

The first option will obviously require you to have an extra controller on hand, and just the one console/PC and copy of the game. Luckily for anyone hoping to rope a pal into joining in the fun online though, Hazelight has implemented a ‘Friend’s Pass’ system that allows a second player to download the game content at no cost to them and link up with someone who has purchased the game to play. It’s a great way to help anyone keen to give It Takes Two a go ensure they’re able to play without trying to convince a friend to fork out A$60 to join in.

Now, that’s fantastic and all, but what if I told you there was a way for two people to play at least some of the game without either person paying for it?

That’s right, not only does It Takes Two’s Friend’s Pass system allow two people to play the full game without needing a second purchase, but it also allows two people who’ve downloaded the free Friend’s Pass content to join up and play through the entire first level of the game together at no cost! It’s basically a free demo for the game that’ll give curious players a good indication of whether either wants to slap down the entry free to continue the adventure (game progress made in Friend’s Pass will also carry through to the full game).

To access the Friend’s Pass, either as a player joining someone who owns the game or a pair of players just wanting to try the first level, you’ll just need to head to your console/PC’s relevant digital storefronts (worth noting the game is cross-gen, but not cross-platform) and download the Friend’s Pass version of the game. Install that, fire it up and join a game together!

We’ve included links to the web-based versions of the Friend’s Pass downloads below:

PlayStation | Xbox | PC (Origin) | PC (Steam) – Note, console versions are available now but PC links may not be live at time of writing.

So what are you waiting for? Go check out It Takes Two!