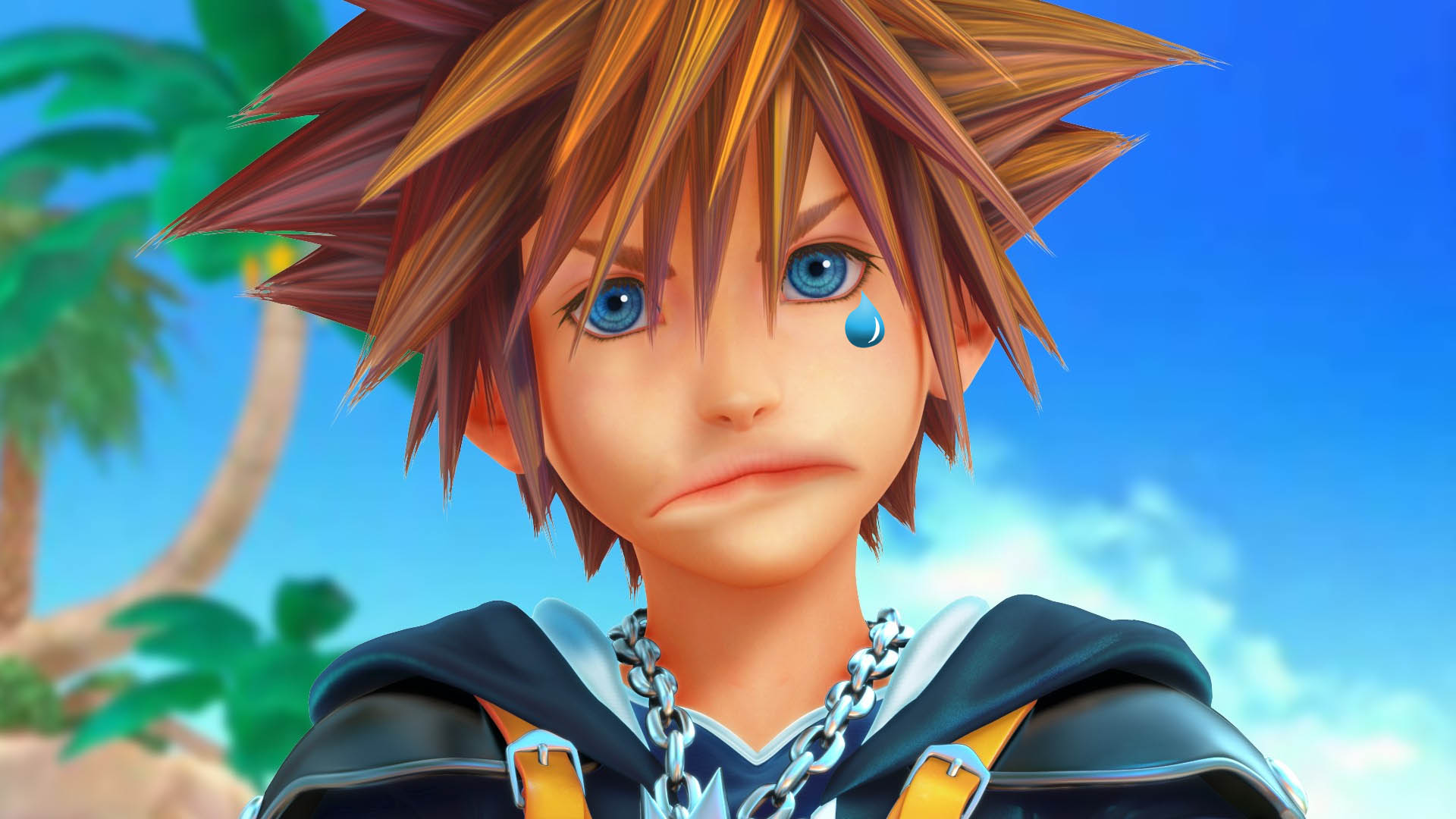 I have a weird history with Kingdom Hearts. I vividly remember the day I went to my mate’s house, and saw him playing it – the excitement I felt, it seemed incredible. So incredible in fact that I begged my mother for a PlayStation 2 so that I could get in on the fun. Racing to my local Harvey Norman, the shop assistant tried to sway me into buying an OG Xbox, but my mind was set, I needed the console for Kingdom Hearts.

Only, I didn’t like it. At all. As soon as Sora was in my hands I poured a good four hours into the game, but I just wasn’t getting into it. It was my first foray into finding a game that I would rather watch than play. It was puzzling, a younger me thought that the ultimate gaming experience was playing a game and eventually completing it – but I had found my inner voyeur. I came to realise that there are a few games that I appreciate more as a viewable medium, rather than an interactive one.

Now, I must note that I don’t personally think Kingdom Hearts is bad. It’s just…not for me.

As the years passed, I would check in on Kingdom Hearts like a creepy high school mate on Facebook looking into the girl he used to fancy. How was the story progressing? Had it changed in any quantifiable way that might prompt me to enjoy it more? Why are there nine games out now, each with a name more confusing than the last?

I would read articles, watch Youtube videos, even consult spreadsheets to try and better understand Kingdom Hearts’ plot. I could grasp the general base of it but the deeper I delved the more frustrated I became. This game made me feel the same way that LOST did – it made me feel stupid. Fans would scoff at me, ‘Oh it’s not that hard to understand…’ before proceeding to spend 40+ minutes explaining it to me, even tripping themselves up on occasion. Surely this silly Final Fantasy/Disney game couldn’t be that absurd.

But it was, and it did nothing for me. Hey, maybe I am a bit stupid (spoiler: I am), so I figure that it’s better to just co-exist with the Kingdom Hearts franchise and appreciate that it just isn’t for me. Ain’t a thing wrong with that.

But now here we are, with the third ‘official’ entry in the series, touting that it may well be the dramatic conclusion. So how does a story that confuses me end?

…I still don’t know. Something about chess?

It’s on me for not ‘getting it’, but I did consult a close friend regarding his thoughts on the game as a whole, and I actually found that beyond a story that confused me, there were some fairly drastic criticisms. He actually prepared a hell of a statement that kind of blew me away.

In short: he wasn’t happy about it.

There’s probably not another single word that could sum up my experience with Kingdom Hearts 3, maybe infuriated?

Kingdom Hearts is a game renowned for it’s confusing as hell story, told across multiple platforms and gameplay styles, but at its core, whilst rather stupid, has been fairly self-contained from entry to entry. All of the usual suspects are back. The pregnant pauses between proper nouns, as though the voice actors mistook the comma for an ellipsis or period. The nonsensical story, which, while not unexpected, was dialled up to eleven for this particular outing. And of course the head nodding during cutscenes, one character at a time, through the entire cast which reached nine separate heads at its height.

Par for the course really.

Am I allowed to feel vindicated when a far more invested fan of the series describes the plot as ‘confusing as hell’? Even the voice acting notes sounds like a hell of a bummer, considering that the cutscenes (regardless of being a vehicle for a narrative that confuses me) are still the kind of brilliance you’d expect from Square Enix.

Gameplay, because by Christ, KH3 may not have structure, but this pseudo-review certainly will. My God the game just feels slow to play. From basic navigation, a disjointed world design, movement tech and enough invisible walls that Koga would be confused. Moving from A to B is tedious, and the game insists on reminding you that you should be moving to point B absolutely right away and you cannot stop to explore. The worlds suffer from the whole ‘make it ten times larger’ issue. There are precisely two worlds where it makes sense. San Fransokyo (because it’s a big city) and The Caribbean (because it’s a big ocean). I think it was the lack of area transitions that shone the brightest light on the issue. Areas in previous games were intimate arenas in which to defeat the heartless. Now you use the heartless spawning as a radar to determine whether you have been to a particular corner of the map.

Combat is fine, better than KH1, but not nearly as engaging as KH2.

Now I actually did play a little Kingdom Hearts 2, and I will admit that mechanically I enjoyed it. The game still confounded and alienated me – but the props for great combat are pretty much universally acknowledged.

There is definitely a point to be made regarding how a game’s world is handled, especially in regards to scale. We live in an age where making a world massive is mechanically trivial, but sometimes it’s questionable whether it really adds anything. If KH3 doesn’t reward or even encourage exploration, then what’s the point…?

Boss fights were uninspired. I remember with great clarity almost every boss from KH2. Axel’s fight with the dual-wielding keyblades and deflection from fire. Giant genie Jafar in the skies of Agrabah. The heartless chest with the aztec gold collection at Port Royal. Dance water dance. Shit, even Ursula’s QTE rhythm game was fun. There exists perhaps one or two fights where it felt like Square Enix tried. The two that come to mind are the Tangled boss at the tower, and the Frozen boss in the shadow realm. These are only of note because they tried to have creative phases during the fight. Every other single fight during the first two acts of the game game felt like ‘press X until its health is empty’ encounters.

Oof. ‘Uninspired’ is a crushing term for anything. It’s the thinking man’s ‘boring’. I will admit that I usually Youtube Kingdom Hearts boss battles, because they are often full of amazing Disney spectacle (when a Disney character is the focus, of course. What is an Ansem..?).

He shares a great deal many other thoughts, highlights include:

Attractions can fuck right off.

The BGM is almost always loud enough to drown out the dialogue, but you are given no option to adjust volumes independently of each other.

I played on proud(*) mode and came close to dying twice up until the last boss rush.

*Proud is a difficulty mode. A hard one. And finally:

It felt rushed, which is a feat to be sure for a game that has taken as long as it has to reach the shelf. Occasionally you can catch a glimmer of the original vision that was, the last hour of the game where things suddenly start working. But then you think back to all of the times where it failed and feel disgust.

He does go into far more detail on a lot more mechanics within the game, or even the series as a whole, but my weird role as an unlearned observer leaves me ill-equipped to really talk about them.

If you would like to read his ‘rant’ for yourself (his words, he calls it a rant rather than a review) he has made it publicly available online as a Google Document here:

It did inspire me to have a look and see how others felt, and though the game has been received quite positively it is curious to see that there are some people out there with some fairly succinct criticisms. A healthy chunk of it can be attributed to the rising expectations eventually reaching a height so lofty that no one could possibly fulfil them, but there is also a taste of truth to some of it.

A thread on Reddit, titled ‘Was Kingdom Hearts 3 a disappointment? I’m shocked by how little I’ve heard people talk about it since it came out‘ had some rational opinions shared,* and many of these points actually mirrored what my mate said in his review/rant. Stuff like the game being too easy, the plot being tied up too simplistically or even that the game leans too much on auto-pilot mechanics to leave it feeling shallow.

So, is the game ‘good’? The general consensus of reviews would suggest ‘yes’. But beyond that happy centre, there are the outliers.

The fans who feel unfulfilled.

The gamers who don’t feel rewarded.

…and the idiots that don’t get the story. Sorry Kingdom Hearts, It’s not you – it’s definitely me. 🙁

*(Sure, reddit hates a lot of things – it was the rational stuff that surprised me).