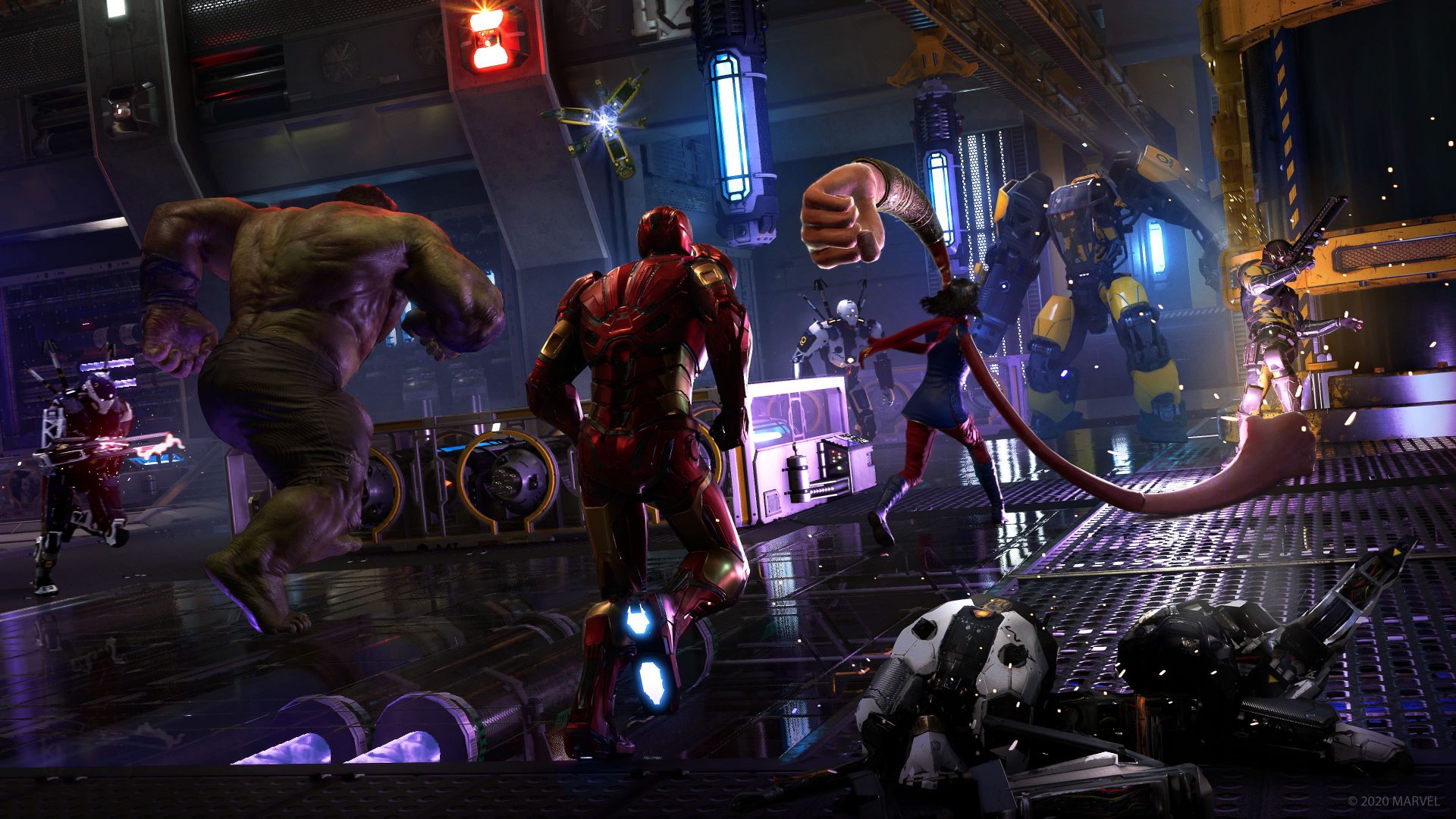 Earlier this month Crystal Dynamics announced the beta dates for their upcoming action-adventure game Marvel’s Avengers. Following this announcement we’ve been given a new War Table stream that outlines what to expect from the beta and it looks like it’s going to be a sizeable one.

The beta will open with a prologue that consists of the entire Gold Gate Bridge demo sequence. This 25-minute slice will feature Iron Man, Black Widow, Captain America, Thor and Hulk, giving players a chance to get used to the game’s combat and traversal. The prologue will end in a boss fight with the badarse villain Task Master.

Following the prologue, players can partake in two separate story missions as Kamala Khan (accompanied by Hulk). The first mission has the two heroes search for the Olympia archives (a protected AIM base) in hopes of finding the AI Jarvis. The second mission has the fledgeling Ms Marvel and the big green machine head to the frozen Russian tundra, looking for hidden SHIELD bunker, overseen by Abomination.

Further expanding once players complete these singleplayer missions, they’ll be given access to the War Table. From here, players will be able to play through HARM Rooms, War Zones and Drop Zones:

HARM (Holographic Augmented Reality Rooms) Rooms are digital training situations that have you facing off against waves of enemies. Three HARM Rooms will be available during the beta, each more difficult than the last. Each of the rooms is able to to be played solo, with AI teammates or with up to three friends in co-op. Finishing all three rooms will net you a nameplate that will carry over to the main game so you can show off your strength to everyone else.

The War Zones are missions that are playable solo, with AI or with up to three friends in co-op. During these five playable missions, players will be able to take control of Kamal Khan, Hulk, Black Widow or Iron Man.

War Zones are full, in-depth missions, whereas Drop Zones are smaller, bite-sized objectives that are meant to be knocked over in a short amount of time. Drop Zones are a good chance to jump into the action and level up your characters and earn some gear.

Each character will have three skill trees that change up how they play, with one being available for each during the beta. Oh and lastly, the Hulkbuster armour will be available in the beta as Iron Man’s ultimate ability, so look forward to that.

If you’re keen to watch the entire War Table stream yourself, you can do so below:


The beta will be running from August 7-24, with availability depending on the platform (you can find all the details HERE). Marvel’s Avengers will be launching on PS4, Xbox One and PC on September 4, 2020.

Will you be playing the Avengers beta? Who are you most excited to play as? Let us know.