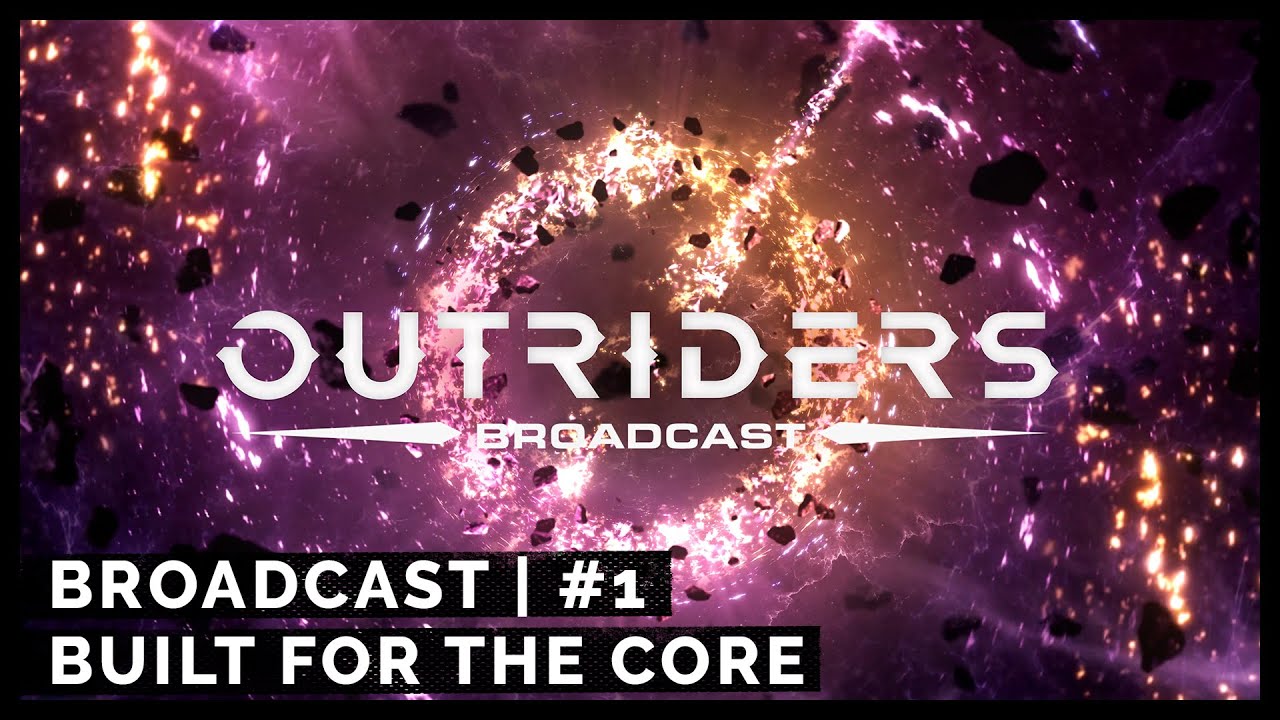 The newest game developed by People Can Fly (the studio behind Bulletstorm), Outriders has been going from strength to strength since its announcement at E3 2019. With a few snazzy trailers and confirmation that the game will launch on next-gen consoles, this third-person shooter is shaping up to be a winner.

Earlier today, Square Enix held the Built for the Core broadcast (livestream), that showed off a good chunk of gameplay, while highlighting some new story threads and giving us an extended look at the Trickster class.

These broadcasts will be held monthly during the leadup to Outriders release, but for now, let’s have a look at what Built to the Core had to offer.

The first snippet of the broadcast focuses on the story of Outriders, particularly The First City, the initial settlement made on Enoch by humanity. Of course, the city doesn’t look so good these days after a civil war and the mysterious anomaly wore it down.

These story beats are welcome and they provide a bit of intrigue about the narrative, but we’re here for the gameplay let’s be honest. The first slice of gameplay we get follows the pyromancer, Nova. During this gameplay sequence, we are introduced to one of the game’s beast enemies, the Perforo. These swarming nasties look to overwhelm the player, but with a combination of fire-based abilities, they are dispatched.

The broadcast then touched on how the UI in Outriders can be customised to suit each player’s preference. Want to see every bit of info possible? Done. Would you prefer a minimalist HUD with just ammo and health? You’re sorted.

The world tier system is also touched on here, with an explanation of how it will work in-game. As you progress through missions, you’ll earn points that go into your world tier depending on your performance. If you acquire enough points, you’ll be able to turn up the difficulty, earning better look and additional XP by doing so. This also changes depending on how many players are present, making sure that having teammates doesn’t dampen the difficulty.

The last major focus of the broadcast was on the Trickster class. This deep-dive goes into the Trickster’s hit-and-run gameplay style that utilises space and time abilities. Freezing enemies in place, teleporting short distances and slashing groups with a spectral blade are all elements that the assassin-like class have in their arsenal.

Importantly, a Q&A at the end of the livestream confirmed a few key details, such as the game not being a games as a service title and it not including that microtransactions.

This is obviously a brief overview of the near 30-minute breakdown, so give the broadcast a watch for yourself:

Are you keen for Outriders? What did you enjoy in this first broadcast? Let us know.