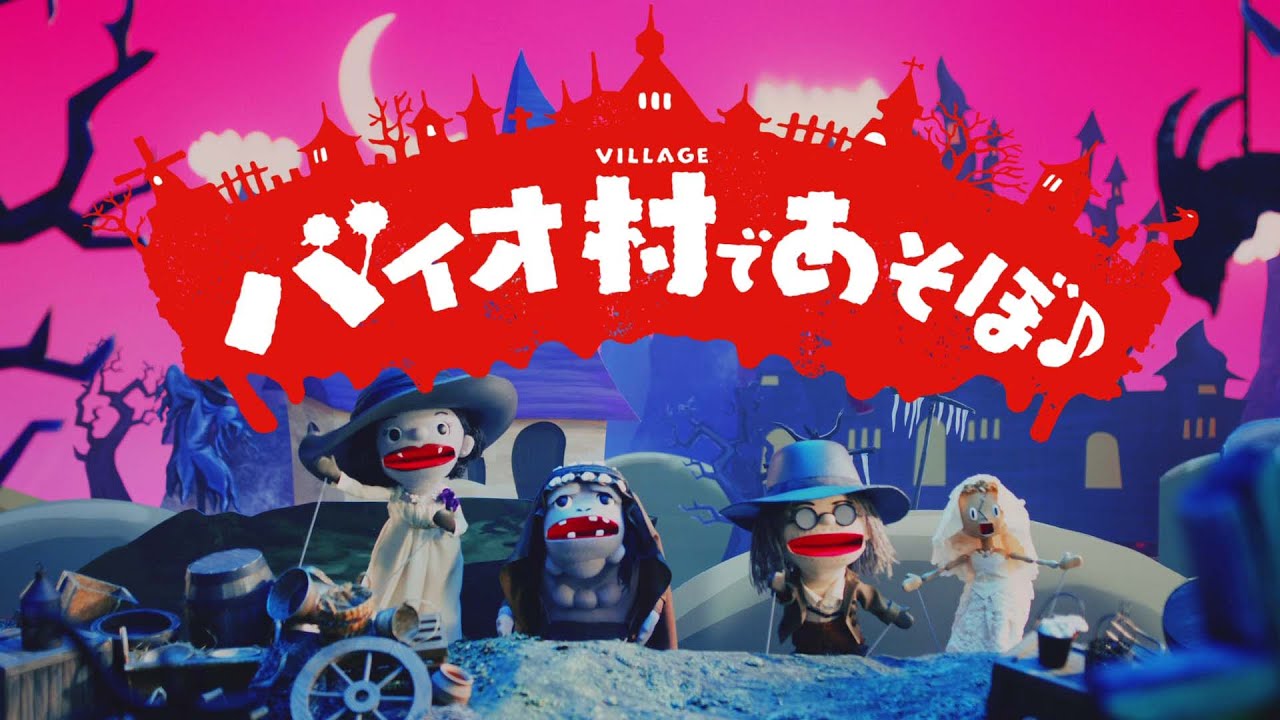 The release of Resident Evil Village is just around the corner and the final demo is coming tomorrow, so excitement levels are high across the board. So, Capcom has decided that there’s no better way to commemorate the upcoming launch of their new horror title than with…a puppet show.

Yep, you read that correctly, the official Japanese Resident Evil (Biohazard) YouTube channel just published a three-minute-long promotional puppet show that features four of the main villains that we’ll all soon be running away from in Village. If you’re wondering whether it’s cute or horrifying, I can tell you that it’s firmly in both camps. The Lady Dimitrescu puppet takes center stage as they get artistic and paint of canvases…using buckets of blood/red silk. Chainsaws and axes get involved and plenty more blood/silk is spilled before they all come together to sing a song to close the show. Now the entire video is in Japanese, so you might want to use subtitles, but don’t expect that to help you understand what exactly is happening.

If you want to take the wrong turn on Seasame Street and give this crazy clip a watch you can do so right here:

Resident Evil Village release on PS5, PS4, Xbox Series X&S, Xbox One and PC on May 7.

Did you enjoy the puppet show? Are you excited for Village? Let us know.