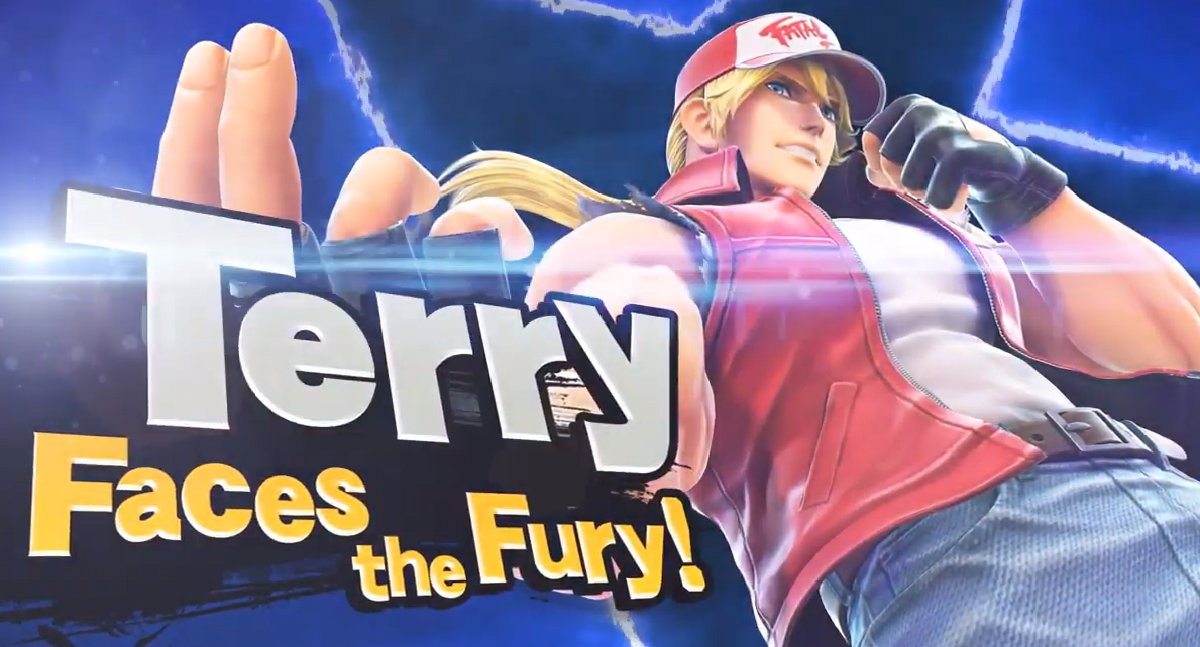 Nintendo announced yesterday that another livestream with Masahiro Sakurai would be occurring tonight/today for the proper debut of the Super Smash Bros Ultimate DLC fighter Terry Bogard. Here are the main points:

Sakurai starts off by giving us a detailed history lesson on NEO GEO and Fatal Fury.

We then get to see Terry, though this is not the final build due to translation requirements. He faces his opponent in 1-on-1 like Ryu, but is slower than Ryu to match the games. He has many many moves, including some that are more powerful when you use them with directional inputs. There are inputs that match the original games and simplified versions – for experienced and novice players, respectively.

The new stage is the ‘King of Fighters Stadium’. Unlike any other stages in Smash Ultimate, the stage has walled edges, and you have to break your opponent through the wall once they have accumulated enough damage. A huge number of characters will appear from this stage from Fatal Fury and other games!

The music included with Terry is not just from Fatal Fury and The King Of Fighters but from other SNK games as well with as many as 50 tracks being added into the game.

There is also a new Spirit Board.

The Simon Belmont, Chrom and Incineroar Amiibo will be available on November 15.

Nintendo was true to their word and the final Fighters Pass fighter was not announced. You can watch the livestream below if you missed it.

Terry will be available on November 7.