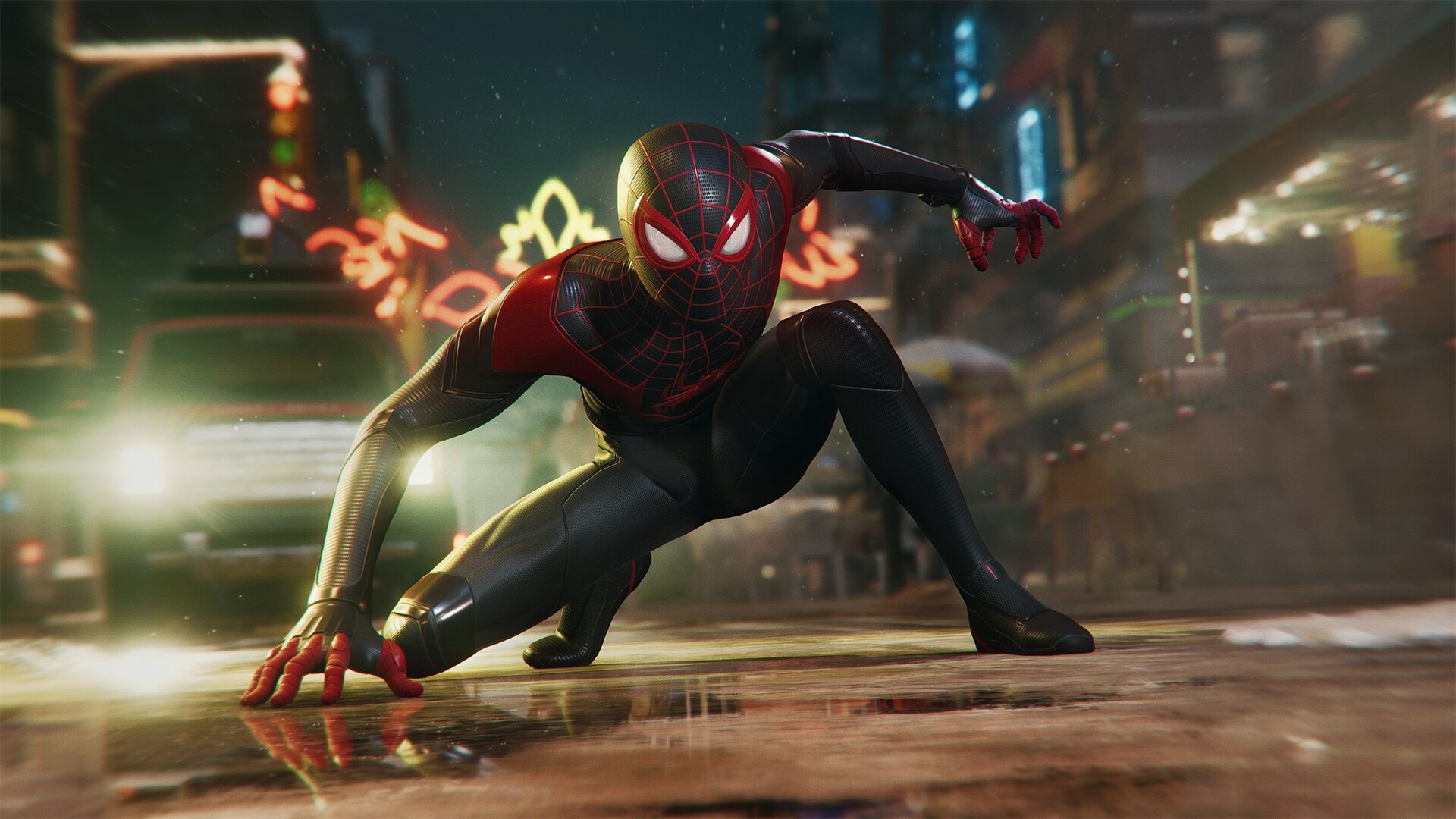 From what I’ve been told Spider-Man can, in fact, do whatever a spider can. How true that is exactly I’m not sure, but what I do know for certain is that Spider-Man: Miles Morales is a quality game that looks and feels fantastic (we gave it an 8). Lightning-fast load times, a banger of a soundtrack and some excellent additions to the already satisfying combat makes Miles a worthy follow up to 2018’s Marvel’s Spider-Man.

A tricky decision befalls you when you boot up the game, however, as Miles Morales has two graphics modes; fidelity, which runs the game at its highest resolution with ray-tracing enabled at 30fps, or performance, which lessens the resolution slightly and does away with ray-tracing, but allows for a buttery 60fps.

Never fear true believers, as the 1.007 update for the game has added in another graphics mode that gives you the best of both worlds, though only for the PS5 version. Dubbed Performance Mode RT, this new option runs gameplay at that juicy 60fps will also including the shiny brilliance of ray-tracing. The trade-off here is a slight dip in resolution and crowd density. Here’s the wording from the game:

“This is an alternate version of the 60 frames per second ‘Performance’ mode, adding ray-tracing by adjusting the scene resolution, reflection quality, and pedestrian density.”

I don’t know about you, but this sounds like the optimal way to play, as I found myself switching back and forth between the graphics modes during my playthrough as I couldn’t decide which I wanted to stick with. There are no official patch notes as of yet, but this will no doubt be included once they appear.

The patch is live now, so get it downloading (again, just on PS5).